Op-Ed | In the Universe of Warhol

André Leon Talley looks back at thousands of images shot by Andy Warhol and remembers life at Interview magazine and a moment of cultural history.

Op-Ed | In the Universe of Warhol

André Leon Talley looks back at thousands of images shot by Andy Warhol and remembers life at Interview magazine and a moment of cultural history.

NEW YORK, United States — I worked at Andy Warhol's monthly magazine Interview for a few months, from January to August 1975. It was my first real job in New York City and I loved every day I went to the office at 860 Broadway on Union Square. You took the elevator up to the third floor and were buzzed through steel security doors. Arrivals were tightly vetted as Warhol had been shot.

The space was divided into two areas: the Factory, where Warhol conducted business, and Interview magazine, housed in a smaller space that was elegantly decorated with marvellous Jean Dupas posters found in France by Fred Hughes. The editor was Bob Colacello, a bold and fair-minded man, who was great friends with Ron Reagan Jr. and his wife, as well as anyone famous who had come through the Factory. Interview’s offices were small, but open plan. The advertising and editorial departments were assigned to the same space. 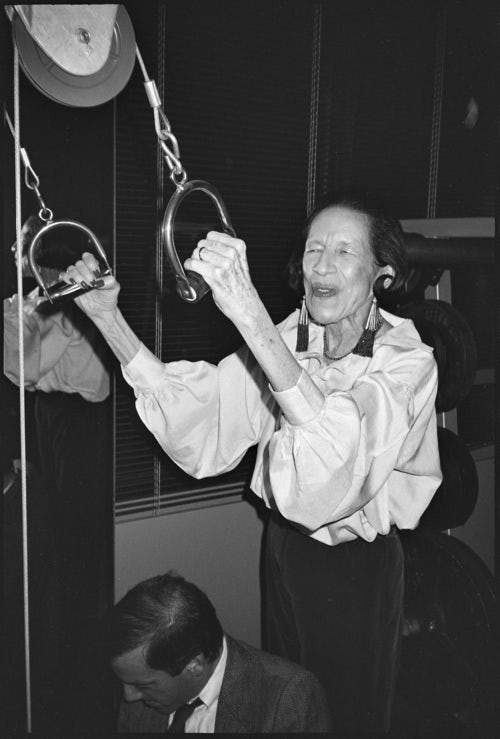 It was through the great fashion empress Diana Vreeland that I landed the job. She was friends with everyone at the Factory: Warhol, Colacello, Fred Hughes. I was a receptionist, often taking messages for Fran Lebowitz or going across the square to Brownie's to fetch Andy's health food lunches. I went to work at noon and by 6 p.m. Warhol would invite everyone who worked for him to come along to whatever opening or movie premiere or party he was going to. We all tagged along. These free-food events actually helped me financially as I was only making $75 a week and living in the YMCA on 23rd street, a short walk from 860 Broadway, where I occupied one small room and shared a communal shower.

But the other benefit to being the magazine’s receptionist was that I was also its fashion editor and was asked to interview major talents linked to high fashion. My first big interview was with Marc Bohan, then head designer of Dior. The late Nan Kempner was photographed for the story, appearing alongside the text in a beautiful Dior couture gown. I also did Carolina Herrera’s first interview and was given the privilege of interviewing Karl Lagerfeld in May 1975 when he came to New York. We became instant friends, that Sunday, when Andy and Bob and Fred took me up to Karl's suite at the Plaza Hotel.

Much of Warhol’s work was ahead of its time. The 3,600 black and white contact sheets of his photographs recently acquired and exhibited by Stanford University’s Cantor Arts Center are no exception. Long before social media, Warhol’s photographs anticipated the rise of selfie culture and the drive to record one's every moment. From 1976 to his death in 1987, Warhol was never without a camera in his pocket. And everywhere he went he snapped without subjectivity. He used the camera as a daily diary to analyse and note exactly what he was doing, where he went, who he saw. He was his own Saint-Simon and Samuel Pepys.

In his contact sheets Jackie O and Victor Hugo, the Venezuelan call boy and lover of American designer Halston got equal billing. Hugo, who was responsible for creating window displays in Halston's Madison Avenue boutique, would follow Warhol around and eventually became a pivotal influence on his famous piss paintings.

Warhol was out and about every night of the week. His social diary was meticulously kept by his diarist and friend Pat Hackett with contributions from Colacello. He was always after that special something, that moment, to capture in his camera’s eye. And he often caught it. “Gotcha!” you might say, as when he so effortlessly caught Bianca Jagger, Liza Minelli and Jackie O, backstage in Liza's dressing room at The Act in 1978; or the model Pat Cleveland doing headstands in the nude in Montauk in 1981. 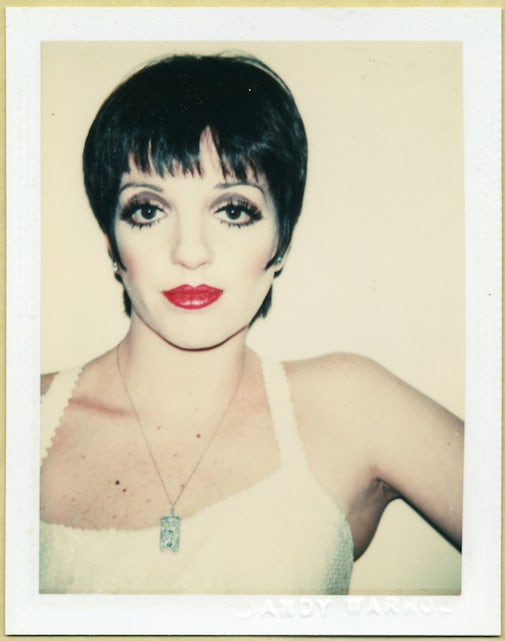 Then there are the illuminating snaps of Andy getting made up with a platinum blonde Candy Darling wig for his own self-portrait at the Factory in 1981. And who else but Andy could have captured Diana Vreeland, fully resplendent in her luxe white couture blouse and trousers in 1982, posing in a weight room at the gym. These quick exposures were never cruel or mean; they simply documented what an extraordinary time it was to be in New York and in the universe of Warhol.

I myself appear in the contact sheets over 200 times, even after I left the Factory to become an editor and reporter at Women's Wear Daily. There I am, at the International Center of Photography opening of Diana Vreeland's big glossy, black and white book "Allure." So is Jackie O and the late Lady Slim Keith, who was married to the great movie director, Howard Hawks. I loved to hear Lady Keith say how her last husband, Lord Keith, loved spotted dick, an English pudding. Slim Keith discovered Betty Joan Perske (aka Lauren Bacall) as a teenager who went on to become a movie star and style icon and married the actor Humphrey Bogart.

There is Grace Jones in a big forest green fox fur toque, kissing the groom Arnold Schwarzenegger at his wedding to Maria Shriver in 1986. Warhol took a private plane up to the Hyannis Port wedding with Jones. She was captured a lot by Andy. So was Bianca Jagger, caught simulating shaving her underarms, as she is about to exit Halston's townhouse for a night on the town in Manhattan in 1976.

My favourite snap of myself is from 1980 at a Tavern on the Green party in honour of Bette Davis. Of course, she is up there in age by then, but present and caught on film alone. Nancy Reagan was also photographed alone in the White House in 1981.

Everyone is included in "Contact Warhol: Photography Without End," the catalogue which accompanies the Stanford exhibition. Truman Capote, Keith Haring, Jean-Michel Basquiat, drag queens, a young Madonna, a man named John Sex, who shared his bed with a live boa constrictor. Lilian Gish, Joan Collins, snaps of garbage piled up on the street curb, and, for the voyeurs, Victor Hugo in the painting studios of the Factory, having sex with another man.

Warhol loved snapping nudes, full on nudes, which he called "Landscapes," and there are numerous ones here to examine, including virile muscle boys, as well as full-frontal nudes of young and beautiful Alba Clemente, wife of the painter Francesco Clemente. One of the last shots taken in 1987 is a still-life of room service dishes in a Milan hotel. On the same contact sheet there are neatly arranged knives and an empty hotel chair.

Together these images reflect the world of Andy Warhol, but also a particular moment in the history of culture. As Henry Geldzhaler — friend, art critic and historian and curator of The Metropolitan Museum — once said: "Andy was the mirror of our times!”

André Leon Talley is a contributing editor at American Vogue and is currently the subject of a feature-length documentary: The Gospel According to André. "Contact Warhol: Photography Without End" (M.I.T. Press) chronicles the 3,600 black and white contact sheets acquired by Stanford University’s Cantor Arts Center in conjunction with an exhibit that runs from September 2018 to January 2019.