Will fashion's fetishisation of extreme youth ever end?

Will fashion's fetishisation of extreme youth ever end?

PARIS, France — Blame it on the casting, but the Paris men's shows that ended Sunday had a terribly nostalgic feel. No, it wasn’t a case of decades-past being pillaged, quoted or blatantly copied again in yet another instalment of moving-fast-towards-the-future-with-the-eyes-firmly-planted-on-the-past, fashion's de rigueur mode of operation at a time when ideas are dished out by the nanosecond and collections are fed with quick image research on Tumblr. Sure, the glittery disco profusions and — shock, horror! — the resurgence of the flare, probably the most unflattering trouser style on the planet, clearly hinted towards the hedonistic and libertarian 70s, but what we saw was a different kind of nostalgia: a deeper, profoundly melancholic one.

Waif-like models, their lanky, hairless bodies capturing the fickleness of adolescence on the brink of adulthood, strolled by on almost every catwalk. At times goofy, the uber-cool stray cats at Saint Laurent glamourised scoliosis to the nth degree; at times arrogant, their features both delicate and fierce, boys for sure, not yet men really. Valentino's neo geo school-kids, in a charming progressive contrast with Marcello Mastroianni, once the role model for the house's menswear, were as sexually undefined as it gets. Genderless is the thing. And in this sense Paris reenforced and amplified Milan's message. You kept wondering: will fashion's love affair, fetishisation even, of extreme youth ever end?

No, it won't, at least for the time being.

Youth is the best companion to fashion, that's for sure. It is an endless spell too. One nobody can avoid. Youth is that brief time in life when idealism rules, unencroached by daily life. It is all about individualism and self-affirmation, which makes the young so eager for the fashion they consume so rabidly and blindly. For designers and fashion houses, it is natural to court this demographic, while convincing other age groups that the right shirt, or the perfect pair of skinny trousers, will bring back their carefree days. This is hardly anything new, of course. It is the basic approach behind the making and selling of fashion. Without this message, the whole fashion system would collapse.

What's going on now is a little bit different, however. Not since the heyday of Raf Simons and Hedi Slimane in the 2000s has the man-child been so comprehensively presented as the only viable role model. Impossible thin-ness, impossible tall-ness, impossible ageless-ness — these are the instruments that are being used once again to shape our desires, feed our insecurities and, finally, to urge us to buy clothes that, most of the time, are identical to what we have seen last year and the year before and the year before that.

Glorifying youth, not the style of youth but the body of youth, is probably the most heart-breaking gesture out there. Because, despite the obsession with fitness, the devotion to healthy lifestyles, the little or not so little help of cosmetic surgery, you will never get back to the peak of your youth. That body, which was also a state of mind, can simply never be yours again. Trying to replicate it is desperate and the more you try, the more you declare your senescence.

There was a moment, not that many seasons ago, when men’s fashion was, generally speaking, a tad more open to variety and body diversity than womenswear. It used to embrace a much wider range of options than today. Think of the infamous Walter Van Beirendonck collection shown only on bears — not the hirsute mammals, but hairy and stocky gays — or the ascendence of former porn star Haiden Show, who graced many catwalks. Today, apart from a few exceptions, such as the presentation staged by Berluti's Alessandro Sartori, who heralded multi-flavoured masculinity, and Umit Benan, fashion's neorealist supremo whose elevated street-casting was an expression of touching democracy, we are being propelled back to the start and being told that if you are not underage, you are not cool. That's it.

There is dignity in accepting your age without succumbing to time and designers should tap into this.

Beware, however; it's not always a case of flagrant nostalgia. Both Raf Simons, whose potent show was Paris's strongest, and Hedi Slimane, whose rock-existentialist high-heel galore brought ‘genderless’ to an unreproachable height at Saint Laurent, have always relied on the power of tortured, isolated youth in order to create their challenging and influential visions. Their idea of youth is much deeper and complex than choosing a bunch of rake-skinny models to present suits that will end up in the wardrobes of the middle-aged and the filthy rich, such as Hermès, for instance, whose uber-luxe menswear is more and more deceptively proposed as extremely youthful. Simons and Slimane have shaped worlds that are subcultures, using fashion as a tool of expression and self-awareness. Their idea of youth mixes an appreciation for a certain kind of body with the energy that fuels rebellion and invention. Their youth is about not blending into a group; their man-child is an outcast. It is true and deep and, hence, real. As for the rest of the fashion flock, well, it is just another casting option. It is reality versus interpretation, authenticity versus mise-en-scène.

While the world gets more multi-cultural and global every day, fashion has narrowed its attention span to a specific group and that's a strange conundrum. What about other possibilities? We are not, of course, advocating a resurgence of the beefcake, the buff gym queen who was massive in the 1980s. Geriatric fashion is out if the question too. That would be a farce. Yet, it would be interesting to see designers embrace another aesthetic, an ageless one that could probably also comprise a variety of body shapes. There are plenty of men out there who enjoy a good fashion play but do not want to look like kids. There is dignity in accepting your age without succumbing to time and designers should tap into this. It would make for democratic fashion, should that very notion not still be a taboo. 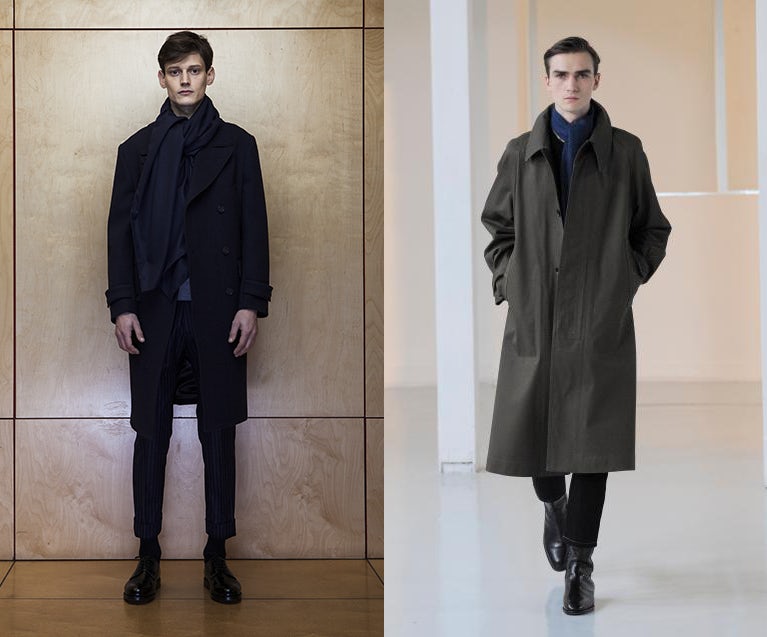 It would make for true progress without erasing the basic urge behind buying designer fashion: to own something that makes you look good and communicates endless spending power. There are designers who are already heading in this direction, but the language needs to be honed and perfected. Officine Generale and Christophe Lemaire are noteworthy expressions of ageless fashion. However, their offer is so rarefied and sophisticated, so muted and subtle, they place themselves at the fringes of designer fashion. Ami is another case in point: the show was energetic and polymorphous, if filled to the brim with too overt references to everyone from Dries Van Noten to Rick Owens. Kolor and Sacai are worth mentioning too. Lanvin, past the underage rawness of their catwalk shows, is another truly transversal proposal, which the latest collection proved.

The path to a newness that's truly new however remains for the moment largely unbeaten. Paris this season was all about youth and even the juvenile — Rick Owens' exposed appendages, anyone? Even emerging collectives like Etudes Studio or the up-and-coming Pigalle were trading more on the cool factor of being young than the cleverness of an authentically fresh idea.

Will fashion ever grow up out of this cul-de-sac? Maybe next season.