Angelo Flaccavento asks if the drafting of Francesco Risso from Prada makes sense at a brand as unique as Marni.

Angelo Flaccavento asks if the drafting of Francesco Risso from Prada makes sense at a brand as unique as Marni.

MILAN, Italy — Consuelo Castiglioni’s decision to step down "for personal reasons" from the creative helm of the brand that she co-founded left many Marni supporters puzzled. On October 21, the day of the announcement, Arthur Arbesser, one of Milan's next generation of designers, went so far as to reference a “dark and confusing day on planet fashion.”

There is, surely, more to the story. Gianni Castiglioni — Consuelo Castiglioni’s husband and the company’s co-founder and president — is also leaving the brand, along with the couple’s two children, Carolina Castiglioni and Giovanni Castiglioni, which seems a sign that the relationship between the Castiglioni family and Renzo Rosso’s Only The Brave (OTB), which owns the label, was not exactly rosy. 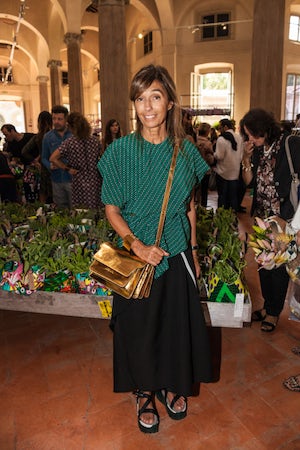 But even more surprising was the choice of Marni's new creative director: Francesco Risso, a 30-something with a Prada-approved pedigree. For one thing, the future of Marni is being entrusted to a man. There’s no doubt this is a strange choice for a brand whose DNA is so intimately and unmistakably linked to a female gaze and the liberating message that came from a woman telling other women to dress for themselves — as oddly as they like — yet never, ever to please men.

On Marni's website, the brand is defined as a “range of possibilities, not a diktat,” while the collections are described as "irreverent and emotional.” I know the words well. I penned them, because Consuelo liked the way I put Marni into sentences, which makes my link to the label quite sensitive and personal — and, of course, anything but objective.

It seems clear to me that Risso, regardless of his obvious talent, will have to work very hard to reshape the essence of Marni to his vision, not least because he spent his formative years at Prada, another brand with a strong, yet totally different, identity. Over the past few years, as Prada has been delving deeper and deeper into an all-encompassing pastiche of references and the endless twists and turns of vintage-inspired shapes taken to another dimension by layers and layers of superstyling, Marni has been exploring and pushing challenging, sometimes man-repelling silhouettes, making it one of the few international labels approaching design from a radical, experimental stance, much like Comme des Garçons, if with a gentler, womanly touch.

The move is out of sync with the prevailing wisdom of appointing talent from within.

Will Risso succeed? Only time will tell. Yet the creative turnover at Marni seems problematic on many levels. Marni, even more than other brands, is a collective effort. Consuelo Castiglioni was simply the front woman. At her side, right from the very beginning with hands-on creative involvement, has been the British Vogue fashion director, stylist and creative consultant Lucinda Chambers, whose extraordinary magpie sensibility and individual sense of texture, colour and decoration has always been integral to the definition of the eccentric, ever-evolving Marni identity. Also integral to Marni’s output are Molly Molloy and Kristin Forss, leaders of the womenswear and menswear teams, respectively, both of whom spent over a decade at Marni’s headquarters on Milan’s via Sismondi helping to grow the brand from a family-run business into a global, albeit niche, powerhouse. Another important player is Michele Rafferty, stylist and creative consultant on menswear. All things considered, with Consuelo Castiglioni stepping down, a better choice may have been to let the internal team grow and flourish instead of drafting in a new creative director from outside the company, introducing the danger of creative and strategic misunderstandings. 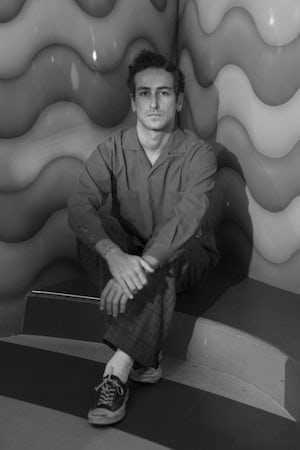 Marni's chief executive Ubaldo Minelli and OTB founder Renzo Rosso declined to comment, though their choice makes sense from a PR standpoint. A new designer generates news. But the move is out of sync with the prevailing wisdom of appointing talent from within. The success of Alessandro Michele’s Gucci is the most obvious case in point. Valentino, too, benefited immensely from the ascent of Maria Grazia Chiuri and Pierpaolo Piccioli from the company’s ranks to its creative helm. The same is true of Sarah Burton’s Alexander McQueen. What about the time when Phoebe Philo took the reins of Chloé from Stella McCartney and propelled the label to new heights? Promoting talent from within is something OTB should have more carefully considered, ensuring continuity along with change, and thereby keeping the soul of the label intact.

Then, there is the broader issue of Marni’s place in the ecosystem of Milanese fashion. The city’s fashion scene is quite provincial: it's always the same people in circulation; they all know each other and jump from one post to the next. Marni, on the contrary, with its unusual mix of creatives coming from all over the world, has always been a hub of individuality and out-of-the-box thinking. Indeed, the Marni ethos can be found precisely in this global and eccentric layering of voices; in the mix of people who proudly do not fit Milanese fashion, something the appointment of Risso could disrupt.

On the flip side, of course, change can be good: it ignites progress. This is what Lucinda Chambers herself said in a touching note published on British Vogue’s website: "Change is always interesting, whether for the good or the worse. In a funny way, you have to be open to change, otherwise something withers and dies." One only hopes that the business leaders pulling the strings at Marni can muster as much sensitivity as this woman.