6 Designers at the Vanguard of Luxury Footwear

At the forefront of luxury footwear, six designers making beautiful, covetable shoes have gained traction with consumers, established accounts with fashion-forward stockists, and racked up a handful of industry awards.

LONDON, United Kingdom — In the economic fallout of the past five years, consumer demand for luxury items has shifted further away from apparel towards accessories. A study by consulting firm Bain & Company points to the fact that in 2012, for the first time, leather goods and shoes have become the largest single piece of the luxury market, comprising 27 percent of total sales. The footwear market alone is expected to have grown by 13 percent over 2012. That’s €12 billion worth of shoes.

For consumers, whose wallets have been squeezed by today’s post-recessionary economic climate, shoes also offer more bang for the buck, as they are less affected by seasonal trends, enabling consumers to get more repeat use out of these items than, say, a dress. They can also be a “gateway” purchase for younger, aspirational shoppers, who may find it easier to plunk down their savings on a pair of shoes they can wear with a multitude of different outfits.

The luxury industry’s reliance on the emerging markets of Asia and the Middle East has also played an important role in the rising demand for footwear. A report published by Sanford C. Bernstein earlier this month attributes a whopping 60 percent of growth in the European luxury sector to emerging economies, where accessories more readily conform to traditional dress codes than apparel.

It’s all great news for established brands like Christian Louboutin, Jimmy Choo and Manolo Blahnik, which have become part of the cultural mainstream. Indeed, millions of television viewers will recall Sex and the City star Carrie Bradshaw, who was so obsessed with Manolo Blahnik that she once pleaded with a mugger, “You can take my Fendi baguette, you can take my ring and my watch, but don’t take my Manolo Blahniks!” But popular as they are, some consumers, who feel that these brands have become overexposed are hunting for new names, powering the rise of a new guard of shoe designers, who stand to capture a significant piece of the ever-growing luxury footwear pie.

They come from diverse backgrounds. Some have designed footwear for decades, while others were formerly milliners or stylists. A few have relied on recognition and support from prominent fashion editors and buyers; others have fostered their fanbase online. But all of these designers have already gained significant traction with consumers, estabished accounts with some of the world’s most fashion-forward stockists, and racked up industry awards. And they make beautiful, completely covetable shoes. 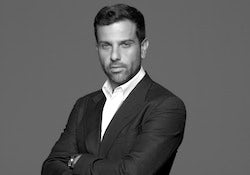 Shoemaking runs in Alexandre Birman’s family. “I was quite literally raised in a shoe factory,” said the Brazilian designer, whose father founded footwear company Arezzo & Co, owner of four shoe brands. Birman, who is now vice chairman of the company, bowed his eponymous line for women in 2008. He lends his classic and elegant pumps, stilettos, and sandals an exotic touch with python skin, which he favours for its flexibility and colouration. What else differentiates Birman’s shoes from the competition? “We are not evening, and we are not extremely fashion. There are a lot of fashion components, but we are much easier to wear,” he told WWD. And easier to buy, with a price range between £250 and £600.

The brand is growing rapidly, prompting Birman to bring on board a global president to oversee expansion into foreign markets. With two flagships in Sao Paulo and numerous stockists abroad, including Selfridges in London, Printemps in Paris, and Net-a-Porter, might the designer look to open a flagship store overseas? Birman has already established corporate headquarters and a showroom in New York, which he calls his “second home.” He has also set his sights on emerging markets like China and Russia, and has ambitions to turn the Alexandre Birman brand into a household name. 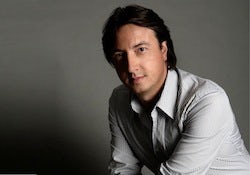 After working alongside his father, the decorated Italian shoe designer Sergio Rossi, Gianvito Rossi decided to strike out on his own in 2006. Since then, he has made a name for himself in the industry with his glamorous, sensual shoes that incorporate imaginative but not over-the-top detailing, like punched-out straps and elongated backs.

Despite his ongoing collaboration with CFDA winner Joseph Altuzarra, producing stiletto ankle boots and pointed-toe pumps, Rossi cares less about the runway impact of his shoes than their form and functionality. “We are drawn to Gianvito's designs because they are quietly alluring, feminine and strong. He's incredibly detail oriented and perfects the shape [while] always being mindful of a woman's silhouette,” said Tomoko Ogura, senior fashion director at Barneys.

As such, his shoes are practical and designed to lengthen legs and minimize foot pain, a selling point that has resonated with consumers. Gianvito Rossi flagship stores are dotted around the world in Hong Kong, Milan, and Paris, and he has also launched a collection of calf leather and canvas sneakers for men. 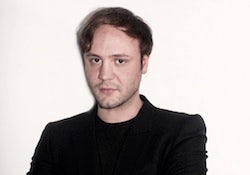 British shoe designer Nicholas Kirkwood is arguably high fashion’s darling of the moment, having won the BFC/Vogue Fashion Fund award of £200,000 in January, which swiftly prompted rumours of an impending LVMH acquisition, as reported by Vogue and WWD. But before he started designing his sculptural shoes, all angular platforms, mixed textures and fantastical heels, Kirkwood already had friends in the fashion world, having worked with milliner Phillip Treacy and lived briefly with the late editor Isabella Blow.

His 2005 debut caught the eye of Visionaire editor Cecilia Dean, who introduced him to the Mulleavy sisters at womenswear label Rodarte, his first designer collaboration. Since then, he has crafted shoes for the likes of Erdem and Peter Pilotto, and his shoes are carried at directional boutiques Dover Street Market and 10 Corso Como as well as his flagship stores in London and New York. Kirkwood has also served as creative director of Italian accessories brand Pollini since 2010.

His futuristic, sky-high shoes are definitely for women who dress from their feet up, but men can now participate as well, as the designer has just launched men’s shoes in January. “It was something that I've always wanted to do. I used to make my own shoes before I started doing women's shoes,” said Kirkwood. What’s in the pipeline for a brand with such momentum? “We're in the middle of working on our third shop at the moment, due to open in June in Las Vegas at the Wynn Hotel,” said the designer, who also expects to launch his brand’s first online store next month.

The American market is an important one for the Kirkwood brand. “Our customers love [Kirkwood’s] quirky detailing – it really sets him apart,” said Holli Rogers, fashion director of Net-a-Porter, who notes that Nicholas Kirkwood is one of the online retailer’s best-selling footwear labels in the US. 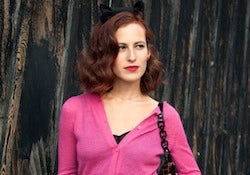 The eldest of four children born to property tycoon Guy Dellal and Brazilian model Andrea, Charlotte Olympia Dellal discovered her passion for shoes while attending the London College of Fashion. She then went on to Cordwainers and trained at Giambattista Valli before debuting her eponymous line, Charlotte Olympia, in 2008. A stickler for details and inspired by the 1940s, Dellal’s shoes have a youthful, cheeky allure, with bold pops of color, funky prints, and flower and fruit appliqués.

“We’ve stocked Charlotte Olympia since 2008 and since then her beautiful designs have increasingly gained in popularity – so much so that we have doubled our buy on last season,” said Net-a-Porter’s Holli Rogers. Dellal has even deviated from her “the higher the heel, the better you feel” motto with a range of embroidered flats, including her signature Kitty Slippers in rich velvet and leopard print. Bonnie Takhar, CEO of Charlotte Olympia, estimates that the flats now make up 30 percent of the business.

Smartly, Dellal keeps a roster of her most popular styles, Encore, in production throughout the year, which are not marked down by retailers. “All of this is non-sale, classic. Whatever [retailers] sell out of, they can reorder. And this is the part that drives the margin for us,” said Takhar.

Besides her flagship stores in London and New York, where shoppers can purchase the men’s range, Charlotte Olympia has also engaged fans with impressive digital acumen and an online shop. A 2011 study by Digital Luxury placed her in the top three of the most-searched contemporary shoe brands that year. As a nod to her all-encompassing love for accessories, Dellal has introduced a line of handbags in the same quirky, playful tone as her shoes, featuring perspex clutches and printed shoppers. 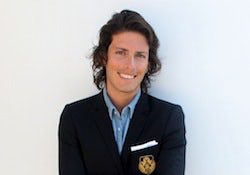 Despite being the new kid on the block, having introduced Aquazzura in 2011, Colombian-born designer Edgardo Osorio is an industry veteran who spent ten years working for the likes of Salvatore Ferragamo and Roberto Cavalli. Now based in Florence, Osorio has carved a niche for Aquazzura as a high-quality shoe brand at accessible (under $1000) prices.

“That’s where I feel like there’s a whole market missing,” he said, “Everyone else was doing the crazy platforms, the ridiculous heels. Everyone was like, how expensive can we make it, how crazy can we make it, how design can we make it, and nobody was thinking, 'Well, what about the woman? How do her legs look? Will she be able to walk?'”

This cute-yet-comfortable sensibility has caught on, and Aquazzura is now stocked at boutiques such as Harvey Nichols and Saks Fifth Avenue. Osorio has already developed a signature style, “Sexy Thing,” a suede sandal that’s “like a slipper on a high heel,” enabling women to walk with ease. Named to evoke a Mediterranean-inspired aesthetic, Aquazzura heels are young, sexy, and full of playful detailing, like the pineapple appliqué on the “Pina Colada” sandals, and touches of exotic snakeskin, metallic glitter, and candy-coloured studs.

“Aquazzura shoes are incredibly intricate as well as playful,” said Aslaug Magnusdottir, co-founder and CEO of Moda Operandi. “They are perfect for the modern woman who appreciates craftsmanship but also values comfort.” 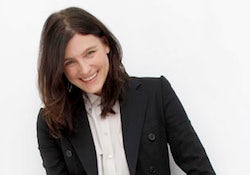 British-born designer and stylist Tabitha Simmons has a long list of fashion credentials: former model; contributing editor at American Vogue, Dazed & Confused, and AnOther; and wife of celebrated fashion photographer Craig McDean. Having harboured a longtime passion for shoes, Simmons tried her hand at designing them in 2009. “I suppose the advantage of being a stylist is you have a feeling of what new trends might be,” she said of her career transition.

Her instinct has served her well; Simmons sticks close to her sleek, on-trend, and very chic aesthetic with a diverse range of shoe styles, from towering stilettos to buckled flat boots to striped wedge espadrilles. Since 2012, she has collaborated with whimsical womenswear brand Creatures of the Wind, after being introduced to them by longtime supporter Ikram Goldman, owner of the notable Chicago boutique Ikram, where both labels are stocked. Tabitha Simmons footwear is also available at Corso Como Seoul and Browns.