A Child of Comme Strikes Out on His Own

The Japanese designer Fumito Ganryu, who began his career at Comme des Garçons, spoke exclusively to BoF about the launch of his eponymous label debuting today at Pitti Uomo. 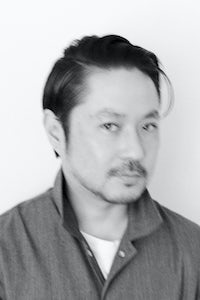 A Child of Comme Strikes Out on His Own

The Japanese designer Fumito Ganryu, who began his career at Comme des Garçons, spoke exclusively to BoF about the launch of his eponymous label debuting today at Pitti Uomo.

FLORENCE, Italy — Despite his long career in fashion, Fumito Ganryu is not widely known outside a circle of hardcore menswear enthusiasts and fans of Japanese fashion. Ganryu honed his skills and aesthetic at Comme des Garçons, where he began as a pattern maker for Junya Watanabe in 2004. Impressed by his skills, Rei Kawakubo asked Ganryu whether he would like to create his own line and thus the Ganryu label was born in 2007.

“At Comme des Garçons, once I had my line, I was given a lot of creative freedom,” said the designer, who switched gears, going from cutting womenswear patterns to designing menswear.

Ganryu stood out in the Comme des Garçons stable of brands for being firmly rooted in a casual menswear aesthetic, taking elements of streetwear and elevating them through meticulous attention to detail and unexpected mixing of materials. “I was obviously influenced by streetwear, but it was not a conscious decision on my part to design it,” said the designer. “Rather, I wanted to design casual wear that I would want to wear myself, and where I could evoke a sense of intelligence.”

Ganryu gained a loyal but small following and, in 2017, the label was abruptly shuttered. There was no statement from Comme des Garçons, meaning fans of the brand learned the news from the independent stores that carried the line. According to two North American stockists, sales of Ganryu were middling. Yet Chris Gibbs, the owner of Union LA, said Ganryu sold well in the label’s last year. “For us, it became the most perfect brand in the Comme family because it mixed streetwear, workwear and high fashion,” said Gibbs.

The designer himself declined to comment on the closure and his departure from Comme des Garçons, saying only that he would prefer to concentrate on the present tense. Now, scarcely a year later, Ganryu is presenting his first independent line at Pitti Uomo.

Fashion is about evolution and change, and I welcome that because evolution allows me to strengthen my design philosophy.

“Initially, I wanted to make a drastic change, but I am not there yet,” said Ganryu on the new venture. “It’s been a very intense year since I left, so I am also a little disappointed that I did not have enough time to move far away from my previous work, but you will find enough of a departure in this collection. Fashion is about evolution and change, and I welcome that because evolution allows me to strengthen my design philosophy.”

Ganryu says his designs reflect the changes in the world he sees around him. “My goal is to arrive at the clothes that I hope anticipate the future, but that don’t look futuristic,” he explained. “I hope that allows me to bring new values into fashion and expand both my aesthetic and business possibilities.”

Although Ganryu is presenting on the menswear calendar and is known for his menswear, he aims to create clothes without gender. “In the beginning I was very interested in doing womenswear because it gives you a lot more freedom in terms of design,” he said. “But I would also create unique pieces for myself, so I gradually shifted into making menswear. What I want to do now is simply make clothes without worrying about gender.”

At the same time, Ganryu is careful to avoid the “unisex” label. “In unisex clothing there is a conscious distinction and tension between the male and the female elements,” he explained. “I simply would like to do away with them. This ‘non-sex’ approach is where I find my vision, and it’s very important to me.”

Ganryu is hoping the platform of Pitti Uomo will help him to jumpstart global distribution (a Paris showroom will follow). Under Comme des Garçons, Ganryu was rarely sold outside Japan. According to Gibbs, Comme des Garçons only began bringing Ganryu to its Paris showroom in the label’s final year. Before that Gibbs had to travel to Tokyo to buy it.

Ganryu himself is cautiously optimistic. “I am still learning the business side,” he said. “There is a newfound freedom in being independent, but also a lot of responsibility.”