London’s demi-monde gathered to honour the multi-hyphenate fashion creative, famous for saying ‘I’ll take a piece of rubbish and make it the chicest thing you’ve ever seen.’ 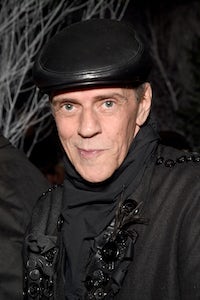 London’s demi-monde gathered to honour the multi-hyphenate fashion creative, famous for saying ‘I’ll take a piece of rubbish and make it the chicest thing you’ve ever seen.’

LONDON, United Kingdom — If Hell had swallowed the Union Chapel in Islington on Monday night, London’s demi-monde would have vanished in a flash. Designers, photographers, artists, musicians, editors, stylists, party-throwers, partygoers… They all turned out for Judy Blame’s memorial and, as befits an event commemorating one of fashion’s best-loved and most stylish multi-hyphenates, it was an emotional spectacular. From the flower-filled black carriage pulled by black-plumed horses that was parked outside the chapel to the final reading — Maya Angelou’s “Touched by an Angel” — by Nelson Nash, the 20-year old son of Anthony Michael and Stephanie Nash, who drove the organisation of the event for their friend.

And that’s really what the whole evening was about — what you do for friends. Throughout his life (he was 58 when he died a year ago), Judy was tireless in his support and encouragement of the people around him. He became famous for his jewellery, but the first piece he ever made was to dress up his friend Scarlett Cannon for a night out (she was wearing it on Monday). He was the cheerleader for an 18-year-old Edward Enninful as he made his first tentative steps into London’s fashion scene. Even as the fulcrum of the House of Beauty and Culture — a kind of mid-80s east London prototype for Dover Street Market which has gone on to achieve the status of myth in fashion history — he would say, “The most exciting thing was what everyone else was doing.” 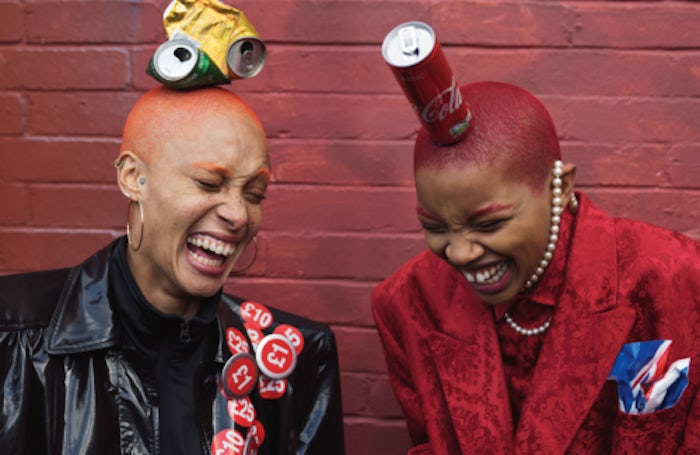 Nick Knight called Judy, “the sort of person who makes the fashion world go round.” He was also the sort of person who made the fashion world go round him. His collaborators over the past three decades included John Galliano, Rei Kawakubo, Marc Jacobs, Kim Jones, Jeremy Scott, Gareth Pugh, Giles Deacon and Christopher Shannon. Giles was there to speak for them all on Monday when he talked about still treasuring the accessories Judy created for him using scraps from the pound shop. That was always Judy’s thing: “I’ll take a piece of rubbish and make it the chicest thing you’ve ever seen,” he once said. I’ve always thought of fashion as alchemy, the transmutation of matter, where the ordinary becomes extraordinary through a seemingly magical process of transformation. Judy Blame was a true alchemist. Gareth Pugh paid tribute to his devilish talent by decking the memorial stage with big black roses origami-ed out of garbage bags.

His first transformation was himself, turning Devon farm boy Chris Barnes into London style icon Judy Blame. It was that first-hand experience that gave him the freedom to take anyone, anything and make them beautiful. He’d go mudlarking by the Thames, rooting badges, bones and buttons, old cutlery and keys out of the mud and turning them into his idea of couture. Grandeur from garbage. I loved the pink plastic soldiers he turned into necklaces for Dover Street Market. And there was nothing he couldn’t do with Elastoplast.

In a way, he pioneered reuse, recycling, upcycling, tubthumping, cloudbursting… Just add the arcane activity of your choice. It was all about a way of looking at people and objects where everyone and everything had a value. He couldn't have cared less about financial reward. It’s no surprise that such a point of view should resonate so strongly now. And it can only get stronger. Can you be proud and humble? Looking back over his work on the occasion of the ICA’s exhibition in 2016, Judy said, “I like the fact it means something to someone else.”

On Monday, his favourite collaborator Neneh Cherry performed a piece by her father, the jazz musician Don Cherry. Her daughter and her son were onstage with her. Family. Judy often said the piece of work he was happiest was “I’ve Got You Under My Skin,” a video he did with Neneh for an AIDS fundraiser in 1990. Costumed by Leigh Bowery, directed by Jean-Baptiste Mondino, styled and art-directed by Judy… And performed by Neneh, of course. 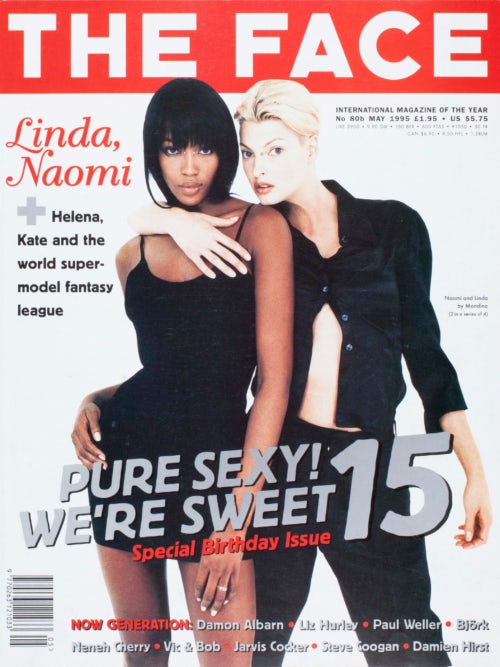 Such a concentration of unique, idiosyncratic talent under one umbrella feels definitive of a protean moment in pop culture that has well and truly passed. But that was Judy's family. At the same time, you can go on YouTube and find the subtle, sweet “Manchild,” one of my favourite songs ever, with Judy and Barry Kamen drifting in and out of the video, quietly supporting their friend Neneh. Family again, but that one feels timeless.

As well as being an alchemist, Judy was a medium. When Bjork met Margiela, when Kylie met Azzedine, when Siobhan met Baby Jane, Judy made it happen. He was the first stylist to use Helmut Lang and Alexander McQueen clothing in a fashion shoot. When you’re a connector, community means everything to you. Alchemists were always looking for the elixir of life, the formula that would make them live forever. Monday night’s memorial proved that the community you create guarantees you a kind of immortality.

But Judy famously gave short shrift to any kind of pretension. “I’m sick to death of being brought back into fashion,” he said. Ha. Well, too bad Judy. I don’t want to throw your words back in your face, but you also said, “I’m only one person but one person can make a difference.” Spoken like a true revolutionary. We need a revolution so badly right now in so many ways. Monday night was a reminder that Judy Blame is a figurehead for the ages.