The Jeweller Who Was Alexander McQueen’s Closest Collaborator

Together, Shaun Leane and Lee Alexander McQueen pushed boundaries and changed the perception of what jewellery or fashion could be. Now, Leane's archive is up for auction. 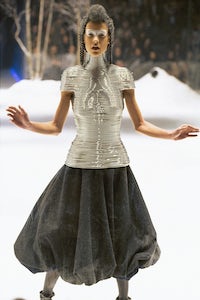 The Jeweller Who Was Alexander McQueen’s Closest Collaborator

Together, Shaun Leane and Lee Alexander McQueen pushed boundaries and changed the perception of what jewellery or fashion could be. Now, Leane's archive is up for auction.

NEW YORK, United States — At Alexander McQueen’s seminal "Voss" show for Spring/Summer 2001, held in a mirrored cube, model Karen Elson wore a spiked structure, resembling winter branches with clusters of Tahitian black pearls as seasonalberries. When she fell backstage after the heel of her shoe fell off, the sculptural piece of jewellery would have impaled her face, if it wasn’t for a silk screen that caught her fall.

“I saw our careers flashing before my eyes,” recalls Leane. “Lee was screaming to get her out of it, but she wanted to stay in it for the finale, so he held her hand the whole way through. He said that we’d never do spikes again — but of course we did, and still do.”

The moment is the perfect illustration of the romantically macabre nature of jeweller Shaun Leane’s work for McQueen in the '90s and early '00s. Often inspired by themes of McQueen shows, from Dante’s Inferno to Joan of Arc, Leane’s pieces were often a major element of the show, enhancing the garments with sinister elegance. Today, Leane has his own jewellery house, based in Mayfair, London, and works on custom pieces, as well as accessibly-priced jewellery. 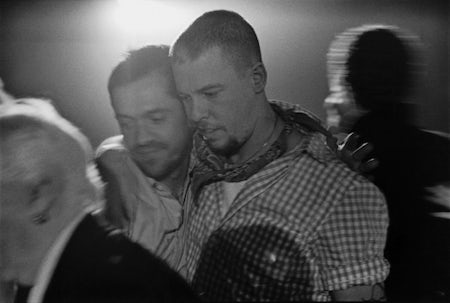 Next Monday, a blockbuster auction of Leane’s personal archive will be auctioned by Kerry Taylor, the world’s leading fashion auctioneer, in association with Sotheby’s in New York on 4 December as part of ‘A Life of Luxury’, a week-long programme of auctions that span rare fine wines, automobiles, art and watches. Leane currently owns all of the pieces he designed for McQueen.

Leane and McQueen met when the former was an apprentice goldsmith in Hatton Gardens, London’s famous jewellery quarter, and McQueen was a fashion student at Central Saint Martins. They were both the same age and shared working-class upbringings in London and a fascination with classical craft and treasures of the past. Although they were friends for a while, it wasn’t until McQueen visited the Dickensian workshop that Leane worked in, with its wooden benches and spotlights on antique tiaras in restoration, that the penny dropped and the two began working together at the very start of McQueen’s career.

“I was conditioned as a goldsmith and the first thought I had was that we couldn’t make diamond and gold jewellery for the runway. Instead, we had to use brass, silver, aluminium and things like feathers and porcupine quills. For me, that was quite daunting, but also exciting. Lee gave me a voice and the possibilities were endless.”

Is it art? Is it fashion? Is it jewellery?

By day, Leane would make objects like traditional diamond solitaires, and by night, an extracurricular corset based on the cast of a wax carving of a skeleton’s ribcage with a vertebra of a tail attached. His employers would let him use the Hatton Garden atelier out of hours, and would come back after weekends to find skeletons and animal feet hanging in the atelier. “I think they were frightened and thought I had a mental disability,” he laughs.

The quality of Leane’s pieces were always of the standard of traditional workmanship. “Even though they were only going to be on the runway for 20 minutes, I instinctively couldn’t make them shoddily. Thank God that I didn’t, because now they’re in museums.” 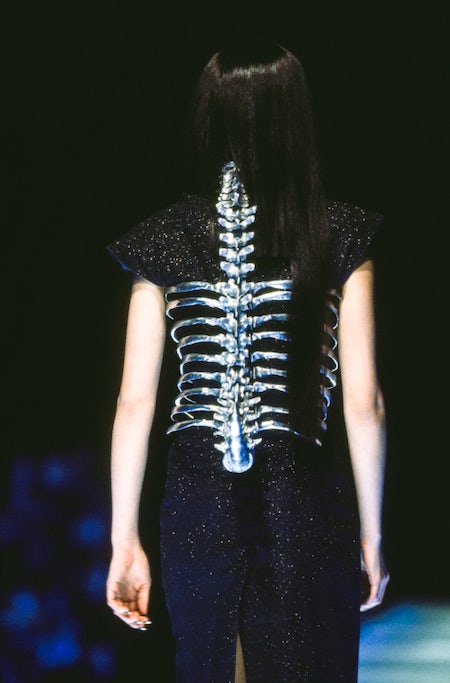 The auction will see iconic pieces enter the market, which Taylor hopes will appeal to attract new buyers to the world of collectible fashion, as well as art collectors and museums. “These pieces are both visually powerful and historically important and reflect the skill of Shaun Leane combined with the genius of Alexander McQueen,” says Taylor. “This is a once-in-a-lifetime opportunity to acquire an historic catwalk piece, directly from the creator himself. Once they’re sold, if they go to institutions — they’re probably gone forever.”

Many of the pieces are dramatic contrasts to the hallmarks of Place Vendôme and Bond Street. There’s a pair of earrings and epaulettes made from pheasants’ claws clasping onto a rope of pearls, from the "What a Merry Go-Round" collection of Autumn/Winter 2001. When Leane’s cleaner found the claws drying out in a cupboard, she immediately fled the house, accusing the designer of conducting voodoo. A provocative silver crown of thorns from "Dante" (Autumn/Winter 1996) is being sold with the condition that it be made available to the Costume Institute’s upcoming “Heavenly Bodies: Fashion and the Catholic Imagination” exhibition. One item, a garnet-dripping "Joan of Arc" (Autumn/Winter 1998) headdress, was believed to be lost and stolen when requested by museums, but was actually safely hidden in Leane’s attic for over a decade.

The famous coiled corset from "The Overlook" (Autumn/Winter 1999), itself an exaggeration of tribal Kayan collars, was made by casting McQueen’s fit model Laura Morgan in concrete, and subsequently composing 97 aluminium coils fitted exactly to her proportions. Leane says it took four months of working 16-hour days to complete — “I’d bring my breakfast, lunch and dinner into the workshop with me” — and Morgan had to be screwed into the bodice on the day of the show, preventing her from sitting down or moving freely. It was one of McQueen’s favourites, and is now estimated at $250,000 to $300,000.

At the turn of millennium, Leane began designing pieces under his own name after demand from department stores and private clients. Today, his namesake Mayfair jewellery workshop is award-winning and undertakes commissions from experimental clients. "Contra Mundum" is a glove of 18-karat white gold armour with 4,290 diamonds, commissioned by Hon. Daphne Guinness, is covered in pavé-set diamond birds, symbolising protection and inspired by birds flocking together to intimidate predators in the wild. It has the liquidity of a satin opera glove and took 17 craftsmen to finish it over the period of four years. Jay Jopling, art dealer and gallerist, caught wind of the project and decided to launch it as an art piece, with Guinness swathed in muslin and lying in a coffin.

“Every single piece is a landmark of my career and a memory of Lee and my life,” reflects Leane. “We started creating those pieces 25 years ago, and we were pushing boundaries and changing the perception of what jewellery or fashion could be. Is it art? Is it fashion? Is it jewellery? Its destiny now is to do the job it was designed to do; to inspire and provoke.”

McQueen, Galliano and a Tale of Two Books

Can the Leopards Become the Oscars of Jewellery?