This week, Shira Sue Carmi joins Mansur Gavriel as it looks to expand into ready to wear, while Shiseido Americas taps Susan Jurevics to develop its bareMinerals brand. 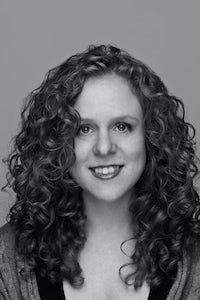 This week, Shira Sue Carmi joins Mansur Gavriel as it looks to expand into ready to wear, while Shiseido Americas taps Susan Jurevics to develop its bareMinerals brand.

Mansur Gavriel appoints president
Shira Sue Carmi has been named president at Mansur Gavriel, effective immediately. Carmi, who previously held marketing, communications and brand management positions at Banana Republic and Avon, founded her own full-service management firm Launch Collective in 2005. She joins the company as it looks to build on the success of its accessories with expansion into ready to wear.

Shiseido hires president to lead bareMinerals
Shiseido Americas, a subsidiary of Shiseido, has appointed Susan Jurevics as president of Bare Escentuals Beauty, effective July 17. In her new role, Jurevics will be responsible for the development and growth of bareMinerals, one of the largest brands in the group’s portfolio. She joins the company from J.K. Rowling’s digital company Pottermore, where she served as chief executive and board director; prior to that, she was senior vice president at Sony.

Lanvin names new artistic director
Olivier Lapidus has replaced Bouchra Jarrar as artistic director at Lanvin amid a strategic overhaul at the company. Lapidus held a creative directorship at Balmain Homme from 1985-86 before joining his father’s house Maison Lapidus, where he remained until its closure in 2000. Most recently the designer launched his own “e-couture” house, Creation Olivier Lapidus.

Tiffany & Co. hires from Diesel
Jewellery house Tiffany & Co. has named Alessandro Bogliolo its new chief executive, effective October 2. Bogliolo, a luxury industry veteran with 16 years of experience at Bulgari, has served as the chief executive of Italian fashion and accessories brand Diesel since 2013. He will succeed Frederic Cumenal, who exited the business in February.

J.C. Penney CFO steps down
J.C. Penney’s executive vice president and chief financial officer Edward Record has resigned. He will remain with the company until August 7 to oversee a smooth transition. Senior vice president chief accounting officer Andrew Drexler will serve as interim CFO until a replacement has been appointed.

Twitter appoints CFO
Twitter has named Ned Segal its new chief financial officer, effective August. He will succeed Anthony Noto, who will relinquish his CFO title, but continue to serve as chief operating officer. Segal, a former managing director at Goldman Sachs, joins the company from Intuit Inc., where he is currently senior vice president of finance.