This week, Alasdhair Willis exited the British heritage brand, while LOVE appointed Pierre A. M’Pelé, aka Pam Boy, as its senior editor. 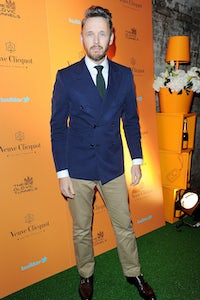 This week, Alasdhair Willis exited the British heritage brand, while LOVE appointed Pierre A. M’Pelé, aka Pam Boy, as its senior editor.

The bi-annual British style magazine LOVE has appointed Pierre A. M’Pelé, aka Pam Boy, as its senior editor. In his new role, M’Pelé, who has been writing for the publication over the last two years and has previously contributed to WWD and i-D, will be working on both print and digital products.

Rachel Shechtman is stepping down from her role as chief brand experience officer at Macy’s. The move follows a series of departures, including former president Hal Lawton and finance chief Paula Price. Shechtman’s exit comes as the department store chain announced it will be cutting an extra 3,900 jobs.

The award-winning bi-annual culture magazine has named Mitchell Belk fashion director and John-Paul Pryor music editor. Belk replaces Dan May and Rose Forde, although May will continue to contribute to future issues. Belk, who has previously worked on campaign imagery for the likes of Paul Smith, John Lobb and Mr. Porter, joins the UK-based publication after spending five years freelancing in New York. Pryor, an editor, author and art director, joins from Mortimer House in London’s Fitzrovia where he served as the cultural director.

Rebecca Wooters, Citi bank’s former chief customer experience officer and head of digital experience, has been named chief digital officer of Signet Jewelers. Wooters will be overseeing the retailer’s digital strategy and the development of digital services and channels. She will report to Signet Jewelers’ Chief Executive Virginia C. Drosos.

The e-commerce giant announced Doug Gurr will be exiting the company after nine years. His successor is yet to be announced. Gurr, who is also the chairman of the British Heart Foundation and trustee of the National Gallery, will be joining the Natural History Museum as its new director.

Pippa Wicks, who previously served as the deputy chief executive of British consumer company Co-operative Group, has been named the executive director of the British department store chain. The move follows the departure of  Managing Director Paula Nickolds in January. In her new role, Wicks will oversee trading, merchandising, marketing and the development of propositions and services for the retailer’s brick-and-mortar sites and e-commerce platform.

The Los Angeles-based clean fragrance brand has named former Smashbox Cosmetics and Bumble and Bumble Vice President of Global Marketing Bernard Zion as chief marketing officer. In his new role, Zion will oversee the brand’s marketing and growth strategy and will report to Skylar Founder and Chief Executive Cat Chen.