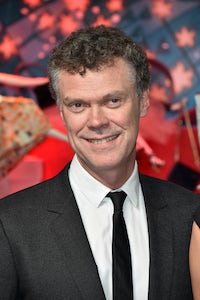 Pierre Denis is resigning as chief executive of Capri-owned Jimmy Choo, effective May 2020. He has been at the helm of the company since July 2012, when he joined from John Galliano. Jimmy Choo has begun its search for a successor.

StockX has named Vishnu Patankar chief technology officer, joining the company from Groupon’s Goods and Travel Business, where he held the same role.

Prada has announced that Raf Simons will join the house as co-creative director, sharing the responsibilities with Miuccia Prada effective April 2, 2020. Simons will continue to helm his eponymous menswear line.

Forever 21, which was recently bought by Authentic Brands Group (ABG), Simon Property Group and Brookfield Property Partners after it filed for bankruptcy in August 2019, has appointed a new chief executive. Daniel Kulle joins the retailer from H&M, where he was most recently served as North America president. In this role, he replaces founder Do Won Chang.

Tyler Haney, founder and chief executive of Outdoor Voices, has exited the company entirely after initially announcing she would step down as chief executive on February 21. Stepping in as interim chief executive is Cliff Moskowitz, co-founder of fashion investment firm Interluxe.

Cory Sealey has joined Condé Nast as the director of business development for The Talent Group, the publisher’s celebrity and influencer bookings division. Prior to Condé Nast, Cory served as group director on Chanel’s in-house marketing team.

Deborah Bee is due to step down in July as group marketing and creative director of Harvey Nichols. The luxury department store is also losing its creative agency  TBWA\London, which Bee appointed when she joined Harvey Nichols two years ago.