This week, Ports 1961 makes new hires as part of the brand’s creative turnaround strategy, while Nylon hires its editorial director from Fashionista. 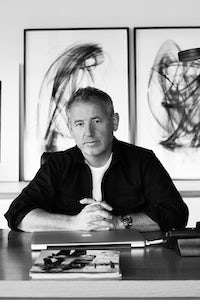 This week, Ports 1961 makes new hires as part of the brand’s creative turnaround strategy, while Nylon hires its editorial director from Fashionista.

Bustle Digital group has appointed Alyssa Vingan Klein to editorial director of Nylon magazine, effective September 9, 2019. Vingan Klein joins the company from Fashionista.com, where she was most recently editor-in-chief and will be succeeded by current Deputy Editor Tyler McCall. She will report to Emma Rosenblum, editor-in-chief of BDG, Lifestyle.

Harrods has appointed Caitlin Innes director of digital and strategy, a newly created role. Innes joins the department store with immediate effect from Burberry, where she was digital commerce director, and reports to Harrods Managing Director Michael Ward.

Following the split with its with its American licensee, Manolo Blahnik has appointed Andrew Wright, formerly global commercial director of the brand, to the role of president of North American operations and chief commercial officer with immediate effect.

Debenhams Chief Restructuring Officer Stefaan Vansteenkiste has been appointed chief executive of the retailer. He replaces Sergio Bucher, who exited the company in April and was succeeded by Group Chairman Terry Duddy on an interim basis. It has been announced that Duddy will be leaving Debenhams in September 2019.