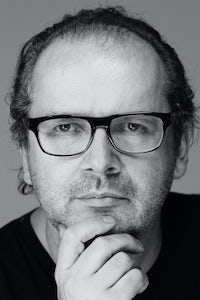 Richemont taps executive director
Sophie Guieysse is in line to become an executive director at Richemont following the annual general meeting on September 10. Guieysse joined the company in 2017 as group human resources director. If elected, she will report to group chief operating officer Jérôme Lambert, who is also a senior executive committee member.

GQ Middle East appoints editor-in-chief
Adam Baidawi has been named editor-in-chief for GQ Middle East, which will launch in September 2018 as the 21st international edition of the global franchise. The 28-year-old journalist and photographer most recently held the post of Australia correspondent for the New York Times, and has written about markets extending from Colombia and Iraq to North Korea and the United States.

Kim Hersov departs Talitha
Kim Hersov left her post as creative director of Talitha, the brand she co-founded in 2013. She continues to act as a style consultant for brands. A replacement has not yet been named.

Ipsy names former Walmart.com CEO as president
Fernando Madeira, former president and chief executive of Walmart.com, has been named Ipsy's president. In his role at Walmart, Madeira was in charge of the US and Latin American e-commerce platforms. He also founded Terra, Brazil's first internet portal.