This week, Schiaparelli names Bertrand Guyon’s successor, while a former Berluti executive is appointed to lead the North America division of Audemars Piguet. 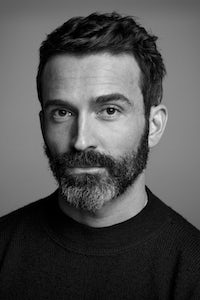 This week, Schiaparelli names Bertrand Guyon’s successor, while a former Berluti executive is appointed to lead the North America division of Audemars Piguet.

Following the announcement of Bertrand Guyon’s departure on April 19, 2019, Schiaparelli has appointed Daniel Roseberry to the role of artistic director. Roseberry joins the company from Thom Browne, where he was most recently design director of womenswear and menswear.

Alexandre Arnault to replace father Bernard Arnault on Carrefour board

LVMH’s Bernard Arnault has stepped away from his seat on the board of French supermarket chain Carrefour. His son Alexandre Arnault will assume his place for the remainder of his term, which ends with company’s annual general meeting on June 14.

Hermès CEO steps down from L’Oréal board

Axel Dumas, chief executive of Hermès, has stepped away from his seat on the L’Oréal board of directors, citing a potential conflict of interest after the French luxury brand announced its foray into cosmetics. L’Oréal has said that shareholders have since approved the appointment of Orange France chief executive Fabienne Dulac to the board.

Brian Small, who retired from work as chief financial officer of JD Sports in October 2018, has been appointed to Boohoo’s board of directors. Small’s involvement as a board member will also include chairing the company’s audit committee.

Following the takeover by lenders earlier this month, Debenhams chief executive Sergio Bucher has stepped down. Bucher will be replaced by chairman Terry Duddy, who will assume an interim executive role.

Ted Baker adds HR veteran to board of directors

In the wake of allegations of “forced hugging” against founder Ray Kelvin, Ted Baker has appointed human resources expert Helena Feltham to the company board, effective May 2019. Feltham was previously people director at homeware store B&Q and currently serves as director and trustee of the Retail Trust.