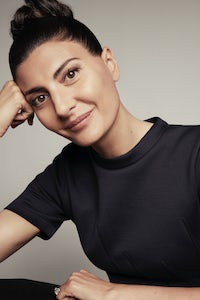 Canadian luxury department store Holt Renfrew has appointed Sebastian Picardo president and chief executive, effective June 1. Picardo, who was previously deputy president of Lane Crawford, replaces Mario Grauso, who is “planning to return to the United States... and will support the transition,” according to a company statement.

Stylist and creative consultant Tom Van Dorpe has been named artistic director of The Kooples, following several additions to the brand’s executive team since it was acquired by MF Brands Group in March 2019.

Alexandra Shulman has been appointed strategic advisor of online fashion marketplace Atterley, her first return to the fashion industry since she stepped down as editor-in-chief of British Vogue in 2017.

Nick Axelrod, co-founder of Nécessaire, has stepped down as chief creative officer but will stay on at the Millennial-friendly personal care brand in an advisory capacity.

Ted Baker has made David Wolffe permanent chief financial officer, after he assumed the role on an interim basis in January. He succeeds Rachel Osborne, who was recently made chief executive of the struggling retailer.

Myriam Cohen-Welgryn has been appointed to L’Oréal as president of its active cosmetics division, reporting to L’Oréal Group Deputy Chief Executive Nicolas Hieronimus. Cohen-Welgryn joins the company from food manufacturer Mars, where she was most recently regional president of its European pet nutrition division. She succeeds Brigitte Liberman, who is retiring at the end of 2020 after 34 years at the company.