This week, Valentino appoints a former Gucci star merchandiser to CEO, while Vice hires an HR veteran to lead the team. 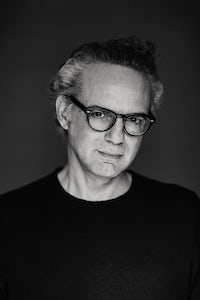 This week, Valentino appoints a former Gucci star merchandiser to CEO, while Vice hires an HR veteran to lead the team.

Valentino has appointed Jacopo Venturini, formerly executive vice president of merchandising at Gucci, to chief executive, effective June 1. This is Venturini’s third stint at Valentino, having previously been the Italian fashion label’s brand manager for womenswear and menswear as well as director of ready-to-wear and retail image. Venturini succeeds Stefano Sassi, who has been with the brand since 2006.

Vice Media Group has appointed Daisy Auger-Domínguez to new chief people officer, effective May 12. Auger-Domínguez, who was an independent HR consultant for Fortune 500 companies and start-ups, has succeeded HR chief Susan Tohyama and will be reporting to Vice Chief Executive Nancy Dubuc.

Rent the Runway Chief Technology Officer and Head of Product Joshua Builder is exiting the company after four years at the job. Builder will be leaving at the end of May when Larry Steinberg will step in as interim chief technology officer. He will report to Chief Operating Officer Anushka Salinas.