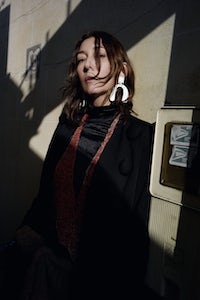 Also reporting to Ghosn is Pierre Groppo, who was made editor-in-chief of fashion features and lifestyle for the magazine’s “Vanités” section. Groppo was previously fashion and lifestyle editor and will now oversee the work of the new leader of the beauty and jewellery section, Bénédicte Burguet.

The company also announced the promotion of shoes and accessories creative director Ulrich Grimm to the newly created role of global head of non-apparel design, and former underwear lead Suzanne Barton has been appointed global head of close-to-body design.

Jonathan Anderson named V&A board trustee
In addition to his role as creative director at Loewe and namesake label JW Anderson, Jonathan Anderson has been named a trustee of the Victoria & Albert Museum by UK prime minister Theresa May. Anderson will work alongside 17 other board members in his tenure as trustee, which will last 4 years.

Condé Nast names first global CEO, chairman of the board
Roger Lynch has been appointed the first ever global chief executive of Condé Nast. Joining the company from music streaming company Pandora, where he was chief executive and president, Lynch begins in his new role April 22. He was also sit on the board of directors.

Condé Nast has also announced the appointment of Jonathan Newhouse, formerly chairman and chief executive of Condé Nast international, to chairman of the board of directors.