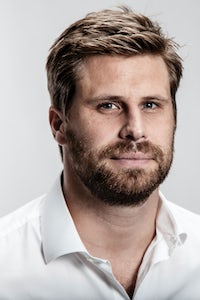 Out Magazine hires style editor from Hearst
LGBT magazine Out has appointed Yashua Simmons as its new fashion director, replacing Grant Woolhead. Simmons, who starts his new position on November 26 and will report to editor-in-chief Phillip Picardi, joins the publication from Hearst Fashion Group, where he served as style editor.

Nike announces leadership changes
Nike has named Ann Hebert its vice president of global sales, replacing Mike Best. Succeeding Hebert as general manager of Asia Pacific and Latin America is Carl Grebert, who was previously general manager of Jordan Brand for Nike. Both will report to Elliott Hill, president of consumer and marketplace. Nike also announced the appointment of Craig Williams as president of Jordan Brand, effective January 14. Williams joins the company from Coca-Cola, where he was president of the drinks company’s McDonald’s division, and replaces Larry Miller, who will become chairman of the Jordan Brand advisory board.

John Lewis chairman to step down
Chairman of John Lewis & Partners Charlie Mayfield has announced that he will be stepping down from his position in 2020. The company's nominations committee says that it aims to announce Mayfield's replacement in the second half of 2019.