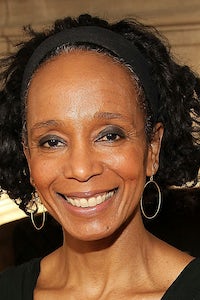 Robin Givhan, a renowned fashion critic at The Washington Post, has been promoted to senior critic-at-large, effective immediately. Givhan has also worked for Vogue, The Daily Beast and the Detroit Free Press and was awarded the  Pulitzer Prize for Criticism in 2006. In her new role, Givhan will cover various topics, including politics, race, business and the arts. She will also write a weekly column. Givhan will report to Krissah Thompson, managing editor for diversity and inclusion at The Washington Post.

Bastien Renard, who has spent 19 years at Nike and most recently served as vice president and general manager, has joined the LVMH-owned Fenty as its new managing director.  Renard, who was also previously the vice president of global footwear at Converse, will report to Jean Baptiste Voisin, chief strategy officer at LVMH.

Wolfgang Blau, Condé Nast's international president and chief operating officer, is stepping down to begin a fellowship at the Reuters Institute for the Study of Journalism at Oxford University in October. He will continue to serve in an advisory capacity as he transitions out of the publishing company.

Chioma Nnadi, who most recently served as Vogue.com’s fashion news director, has been appointed editor of Vogue.com, effective immediately. Nnadi, who spent the last 10 years at the Condé Nast fashion title after stints at The Fader, Trace and the Evening Standard Magazine, replaces Stuart Emmrich and will oversee all of Vogue’s digital content.

Dr. Hjördis Kettenbach, the head of corporate communications Hugo Boss, is set to exit at the end of September after 20 years at the company. She will be replaced by Carolin Westermann, effective October 1. Westermann will report to Christian Stöhr, head of investor relations at Hugo Boss.

Lori Spicer Robertson, who most recently served as chief communications and engagement officer at the Memphis-based non-profit United Way of the Mid South, has been named the first vice president of diversity and inclusion at Saks Fifth Avenue, effective immediately. Robertson will report to Sarah Garber, chief people officer at Saks.

Benjamin Comar, a former Chanel executive who joined Repossi in 2017, has left the LVMH-owned Italian jewellery house. Comar helped lead the global expansion of Repossi with store openings in Hong Kong, London and Dubai. A successor is yet to be named.

Gian Giacomo Ferraris, who took up the role of CEO at Roberto Cavalli back in 2016, is set to leave the fashion house at the end of the year. A successor is yet to be announced.

Michelle Copelman, who most recently served as vice president of design at Outdoor Voices, has been appointed to a similar role at the swimwear e-commerce platform Andie Swim, effective immediately. Copelman previously worked as designer of accessories and footwear at J. Crew and as design director at Victoria’s Secret.

Arundhati Sampath, who previously worked for several tech giants, including Facebook, Amazon and Microsoft, has been named chief product officer at Mira Beauty — a  collaborative library for makeup and skincare products. In her new role, Sampath will oversee the company’s product division. Meanwhile, Benjamin Lord, who most recently served as the executive director of global omnichannel marketing, CRM and loyalty at Nars Cosmetics, has been named Mira's first chief marketing officer.