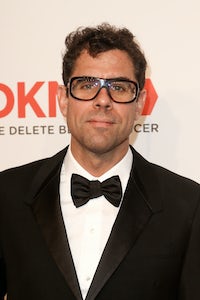 Michael Kors names CBO
Michael Kors has tapped Francesca Leoni for the role of senior vice president, chief brand officer. Currently worldwide communications director at Valentino, a position she has held since 2010, Leoni will join the company on February 5 and report directly to chairman and chief executive John D. Idol.

ANDAM appoints president
ANDAM has appointed Guillaume Houzé to succeed the late Pierre Bergé as president. Houzé will continue to serve as Galeries Lafayette’s image and communication manager, a position he has held for the past four years. He has also been on ANDAM’s board of directors as a representative of the private sponsors since 2014.

Canada Goose hires CCO
Rick Wood has been appointed Canada Goose’s chief commercial officer, where he will be responsible for fuelling the company’s international growth. Most recently Wood served as executive director at ArchPoint Consulting. Prior to that he held a number of management positions at VF Corporation.