On Tuesday, LVMH announced record annual revenue of €46 billion euros, lifting its share price more than 5 percent. Organic revenue reached €13.7 billion in the latest quarter, up 9 percent from the year previous, temporarily easing fears that luxury demand in China is stalling as the economy slows and dampening concern over the disruption to luxury retail in Paris, worth five to six percent of the global luxury market, due to anti-government “yellow vest” protests, which rival Richemont said prompted softer than expected sales in Europe in the last three months of 2018.

The results came amidst reports that LVMH has held talks with Rihanna to launch a luxury fashion label following the success of Fenty Beauty. They also follow the group’s €2.6 billion acquisition of luxury hospitality company Belmond in December and a year of radical change on the men’s side of the groups’s fashion businesses with the arrival of streetwear guru Virgil Abloh at Louis Vuitton, the appointment of Kim Jones at Dior, the launch of a menswear proposition at Hedi Slimane’s rebooted Celine and the installment of Kris Van Assche at Berluti.

BoF breaks down the five most interesting revelations buried in the latest LVMH results.

1. LVMH is defying the China slowdown. The economic indicators coming out of China since the start of the year have been nothing but negative, dampening sales momentum in watches and jewellery and causing jitters across the wider luxury market, which is heavily reliant on Chinese consumption for growth. But group sales in Asia, excluding Japan, grew 15 percent in 2018 (accelerating in the fourth quarter) and LVMH chairman Bernard Arnault said momentum remained strong in January in the run-up to the critical Chinese New Year shopping period.

2. Louis Vuitton is still top dog with over €10 billion in 2018 sales. The group disclosed sales at its flagship brand for the first time in years and the figure exceeded most analyst estimates. Chanel, long thought to be coveted by LVMH, isn’t far behind. It, too, published rare financial figures last year, revealing 2017 sales close to the $10 billion mark. And Kering cash cow Gucci announced its ambitions to reach €10 billion in annual revenue, surpassing Vuitton as the world’s biggest luxury brand. But, for now, Vuitton remains top dog, buoyed by accelerating growth in the brand’s handbag division.

3. The group’s menswear strategy seems to be paying off. The luxury menswear market is growing faster than womenswear and, last year, LVMH radically revamped the men’s side of its fashion business, appointing Virgil Abloh at Louis Vuitton, shifting Kim Jones to Dior, launching menswear at Hedi Slimane’s rebooted Celine and installing Kris Van Assche at Berluti. The strategy appears to be working. LVMH cited the “very good response” to Abloh’s first show at Louis Vuitton and the “resounding success” of Kim Jones’ debut for Dior Men, but offered no hard sales figures.

4. Rihanna’s Fenty Beauty hit nearly €500 million in revenue. The success of the cosmetics line, backed by LVMH’s beauty incubator Kendo, underscores the power of the Barbadian singer and her vision of inclusivity. The brand, which debuted with 40 shades of foundation in late 2017, was an instant commercial hit and has gone from zero to half a billion euros in a very short period of time. “We do believe this brand will be hard to ‘comp’ now that it’s been fully distributed in Sephora for over 15 months,” said a Piper Jaffray note. But the results certainly suggest that reported talks between LVMH and Rihanna to launch a luxury fashion label spanning ready-to-wear, accessories and leather goods could bear highly valuable fruit.

5. LVMH is betting on the experience economy. Luxury consumers are shifting spending away from physical goods to experiences and the group appears serious about the growing opportunity in hospitality. In December, it acquired luxury hotels company Belmond for €2.6 billion, adding to its portfolio of hospitality businesses, which includes Bulgari Hotels, Cheval Blanc, Cipriani in Venice and the Venice-Simplon Orient Express. Asked whether the Belmond deal was opportunistic or indicative of a decision to double down on luxury hospitality, Chris Hollis, LVMH’s head of financial communications, replied: “Of course it is opportunistic; it was a great opportunity, you have beautiful hotels. And, then, of course, opportunity ... makes for business we can build on.” 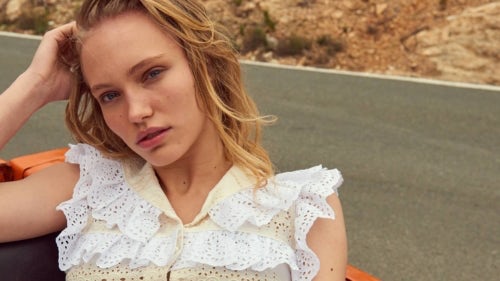 SMCP eyes growth and investment in China. The group behind fashion brands Sandro and Maje reported a 8.1 percent increase in fourth-quarter sales at constant currencies, which came in at 276.1 million euros ($315 million), in line with forecasts. The French company, controlled by Chinese retail group Shandong Ruyi, said it would keep up investments in e-commerce and new stores in China this year and expects sales to grow strongly, countering a simmering Sino-US trade war. It has doubled annual revenues in the past four years to €1 billion euros ($1.14 billion), with a rapid expansion of its store network and after breaking into markets such as China.

H&M shares flip as warehouse investment knocks profits. Shares in the Swedish company fell 4 percent in early trading after pretax profit for September to November shrank for the sixth straight quarter to 4.4 billion crowns ($482 million). That was down from 4.9 billion crowns a year earlier and below analysts' mean forecast for an increase to 5.1 billion crowns. For 2018 as a whole, profit fell for the third straight year. Meanwhile, the retailer has hired Cambridge Anaytica whistleblower Christopher Wylie to help it to use data analytics and AI, to better understand what consumers want.

Swatch sees weakening demand in Chinese market. The Swiss company fell the most in two and a half years after reporting full-year profit that missed analysts’ estimates, as demand weakened in China during the final months of the year and production bottlenecks cut into sales of Omega and Longines timepieces. Operating profit rose to 1.15 billion francs ($1.16 billion). Analysts expected 1.29 billion francs. The results will likely spark concern that the watch rebound is fading.

Tod's Diego Della Valle buys further one percent in group. The founder and top shareholder of Tod's bought a further 1 percent of the Italian luxury-goods group this week, a regulatory filing showed, following disappointing full-year sales. The move follows the purchase of a similar 1 percent stake last week when the stock was hit by the weak 2018 sales figures. Both investments were done outside of a commitment to buy up to 5 percent of the company which Della Valle took in December as a proof of his confidence in the group, the company said. Della Valle owned 60.7 percent of Tod's as of mid-2018.

Paris aims to be the sustainable fashion capital by 2024. Over the next five years, the city will implement “Paris Good Fashion,” an initiative calling on influential industry players to push eco-conscious practices forward. The sustainability roadmap will be unveiled at an event in June, and will focus on how to create a circular economy, improving sourcing and traceability, and making distribution, energy and communication — including Paris Fashion Week — more sustainable 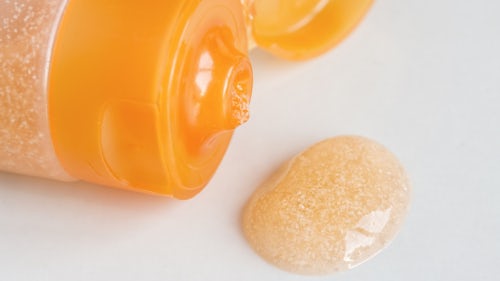 Microplastics ban could cost the beauty sector billions. A proposed European Union ban on deliberately adding microplastics to products is expected to cost the cosmetics industry upwards of 8 billion euros ($9.16 billion), leaving the sector the potential regulation's biggest loser, according to a proposal published by the European Chemicals Agency on Wednesday. The pollution caused by these tiny bits of plastic has become a hot button issue in recent years, driven by concerns over their impact on the environment and human health.

Alexandria Ocasio-Cortez brought K-beauty to Congress. The hugely popular Democrat has become the first congressional member to put a cult beauty trend up for discussion by revealing her skincare routine (it's heavily influenced by Korean beauty regimens). K-beauty has been making its way into the American consciousness since about 2015. It involves exotic ingredients such as snail mucus and an emphasis on knowledge of active ingredients. The approach has infiltrated the mass market, giving rise to sheet masks, serums, essences and other skincare products.

Budget cosmetic brands are the next big thing. Thanks to low-price, premium-looking brands such as The Ordinary and Beauty Pie, it’s now cool to talk about costs, profit margins and integrity. Transparency about pricing has become a significant factor for savvy consumers who’ve grown up expecting more for less, and any stigma attached to supermarket and own-label brands is fading. Sainsbury’s relaunched its Boutique line last year with 109 products, priced from £2; while Boots has launched label CYO, which features 200 products including eyeshadows starting at £3.50. 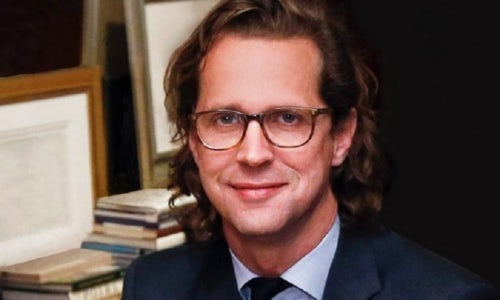 Stefan Larsson in talks to be the next CEO of J.Crew. The former Ralph Lauren chief executive, who exited the American fashion brand in May 2017, is in talks to join J.Crew Group as its new chief executive, sources familiar with the negotiations said. A spokesperson for J.Crew declined to comment. Should the deal go through, Larsson would replace chief executive Jim Brett, who left in November 2018 after disagreements with the board over strategy. Brett spent a tumultuous year-and-a-half trying to remake J.Crew into something less fashion-focused and more accessibly priced.

Justin Bieber launches fashion range. The first collection includes sweatshirts, T-shirts, corduroy pants and a few button-ups, almost exclusively in varying shades of beige. The cheapest item comes in at $48 (£36) for a T-shirt, which Bieber suggests shoppers should buy in a size larger than one's usual. The most expensive pieces are the corduroy trousers and shirt, both priced at $148 (£112). 24 hours after the first drop, four of the collection's 14 pieces are currently sold out.

Alibaba revenue grows at weakest pace in 3 years. The e-commerce giant posted third-quarter revenue of 117.28 billion yuan ($17.47 billion), compared with 83 billion yuan a year earlier. That compares with an estimate for revenue of 118.9 billion yuan from 31 analysts polled by Refinitiv. Net income rose 33 percent to 30.96 billion yuan, however, beating estimates and sending Alibaba's stock up by two percent in pre-market trade. Anticipating headwinds from economic uncertainty, Alibaba had lowered its revenue outlook for its financial year ending March.

Japan's Zozo cuts outlook and blames the Zozosuit. With a nearly 50 percent share of Japan's e-commerce market for mid- to high-end fashion, Zozo had tried to branch out by launching its own private brand and a made-to-measure service. But last quarter it scrapped the Zozosuit, a polka dot bodysuit it distributed for free that allowed users to upload body measurements, amid complaints over distribution delays. The company now expects a full-year operating profit of 26.5 billion yen ($244 million), down around 19 percent from a year earlier. It previously forecast a rise to 40 billion yen.

New York targets fake social media activity. A now-defunct company that brought in millions of dollars in revenue by creating fake social media posts and comments has settled a case with the state of New York after a probe exposed its activities. It's the first finding by a law enforcement agency indicating that such activity constitutes illegal deception and illegal impersonation, according to the state's top attorney. The company earned approximately $15 million in revenue selling this fake social media activity, according to the settlement.