American Fashion Is Kicking Its Off-Price Habit. Will it Pay Off?

This week, everyone will be talking about financial results from the American fashion giants behind Ralph Lauren, Coach and Michael Kors, the relatively buzz-less New York Fashion Week and the latest milestone in Saks Fifth Avenue's $250 million renovation of its flagship. Read our BoF Professional Cheat Sheet.

American Fashion Is Kicking Its Off-Price Habit. Will it Pay Off?

This week, everyone will be talking about financial results from the American fashion giants behind Ralph Lauren, Coach and Michael Kors, the relatively buzz-less New York Fashion Week and the latest milestone in Saks Fifth Avenue's $250 million renovation of its flagship. Read our BoF Professional Cheat Sheet. 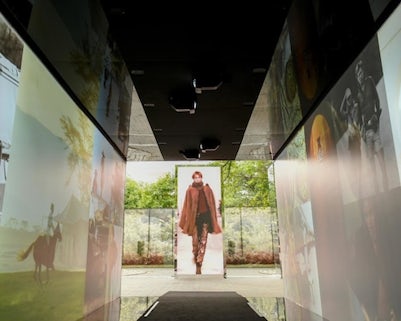 In the second half of 2018, Ralph Lauren took two steps to secure its future: it held an epic 50th anniversary celebration in Central Park and pared back shipments to off-price retailers. Both moves were meant to put a new shine on an old brand, with reduced sales to discounters eventually paying off as wealthier customers, particularly younger ones, came to see the brand as cool enough to pay full price. This week we’ll see if that strategy is paying off. There are promising early signs; Ralph Lauren’s Palace collaboration was well-received, and the brand’s Instagram following jumped from 7.5 million to 9.6 million over the last year, according to Cowen. Capri and Tapestry are taking similar approaches, with mixed results. Michael Kors has the furthest to go, with analysts noting plenty of holiday promotions even and predicting another drop in same-store sales.

The Bottom Line: Breaking the discount habit is a good start, but American fashion companies with luxury aspirations need to be equally disciplined at managing their brands' image, an arena where European players excel. 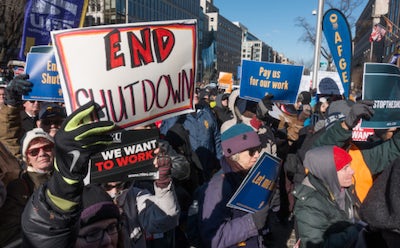 There's a palpable lack of buzz about the Autumn/Winter 2019 shows in New York. Anecdotally, some international editors and buyers are sitting this one out or paying shorter visit than usual. That likely reflects Raf Simons' departure from Calvin Klein, as American fashion lacks the deep bench of internationally renowned designers who could serve as alternative tentpoles for the week. NYFW isn't without its storylines, from Ralph Lauren's follow-up to September's 50th anniversary extravaganza amid a corporate turnaround to Gabriela Hearst's first show since receiving investment from LVMH. Size-inclusive luxury site 11 Honoré holds its first runway show, and IMG and Harlem’s Fashion Row are celebrating legendary costume designer Ruth E. Carter.

The Bottom Line: This fashion week may best be remembered as the last to be held at Spring Studios, assuming organisers follow through with long-rumoured plans to move into the Shed culture space at Hudson Yards. 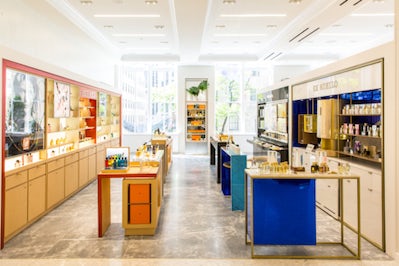 This is the year that may answer the question: does the department store still matter? Companies are still willing to pour hundreds of millions of dollars into their retail palaces, whether it’s Selfridges' recently completed overhaul or the upcoming opening of Nordstrom’s and Neiman Marcus’ first New York outposts. With much of what department stores sell available online, Saks is leaning into the "experience" of shopping at its flagship. A spinoff of famed Parisian restaurant L'Avenue opened earlier this month and the beauty floor has a "face gym" and resident podcaster. Turning over coveted main floor space to fast-moving, tourist-enticing handbags is riskier than it looks, with global sales of the accessory slowing and not all of the space's former occupants are happy about vacating. 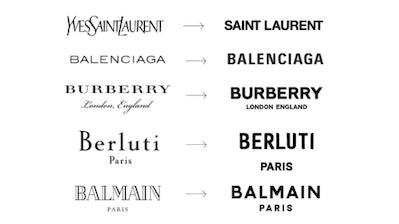 "For brands to succeed, they need to attach themselves to an emotion that consumers can buy in buying their clothes. The older fashion brands, like the ones all pictured above, are going to have to figure out what is the higher concept and emotion that they express in order to survive. As of now, they're riding on inherited structure of quality and that alone." -Matthew, commenting on "The Revolution Will Not Be Serifised: Why Every Luxury Brand's Logo Looks the Same"