Apax Makes Waves on the Battlefield of Luxury E-Commerce

With MatchesFashion and now Moda Operandi in its portfolio of investments, what is Apax Partners’ endgame in fashion e-commerce?

Apax Makes Waves on the Battlefield of Luxury E-Commerce

With MatchesFashion and now Moda Operandi in its portfolio of investments, what is Apax Partners’ endgame in fashion e-commerce?

Fashion’s biggest business rivalries are still between the “big three” luxury conglomerates that dominate the sector: Kering, LVMH and Richemont. But with the proportion of personal luxury goods purchases that happen online expected to explode from about 8 percent today to 25 percent by 2025, new mega-scale rivalries are shaping up on the battlefield of luxury e-commerce.

Yoox Net-a-Porter (YNAP) remains the market leader. Formed in the 2015 merger of Federico Marchetti’s Yoox and Natalie Massenet’s Net-a-Porter, the company mostly operates a traditional wholesale model, with both full-price (Net-a-Porter and Mr Porter) and off-price (Yoox, The Outnet) offerings, but also powers e-commerce sites for several Kering brands, as well as Armani and Valentino. YNAP is forecasting sales of €2.2 billion ($2.6 billion) in fiscal 2017, a 17 percent year-on-year increase.

In second place is Farfetch, a platform player founded by José Neves that connects consumers with a global network of boutiques and brands and is growing its omnichannel proposition, with initiatives like its connected retail concept “The Store of the Future.” Farfetch is said to be preparing for a public listing that could value the company at up to $5 billion. According to figures obtained by BoF, Farfetch’s gross merchandise value grew to £548 million (about $718 million) for the year ending December 31, 2016, up 81 percent from the same period in 2015. Sales hit £151 million in 2016, while gross profit climbed to £87 million, both up 74 percent from 2015.

But now there's a new, well-capitalised player on the block that's making waves: Apax Partners, the private equity firm with $48.3 billion in assets under management, as of June 2017.

In September, Apax effectively acquired MatchesFashion at a valuation that is said to be even higher than the $1 billion that has appeared in market reports, following a fierce bidding war for the luxury e-tailer, which is said to have also attracted interest from Bain Capital, KKR and Permira. Over the last five years, MatchesFashion founders Tom and Ruth Chapman have built a unique asset, transforming a collection of brick-and-mortar stores in London into a global e-commerce business that has flourished in a highly competitive space. In 2016, the company’s revenue surged 61 percent to just over £204 million ($275 million), while EBITDA hit £19 million, nearly six times more than the previous year.

Now, Apax has taken a minority stake in Moda Operandi, participating in a $165 million round co-led by billionaire entrepreneur Adrian Cheng, who made the investment through his K11 Investment and C Ventures vehicles. While the sum at which the deal valued Moda Operandi was undisclosed, market reports indicate that it, too, was sky-high.

Alongside a traditional e-commerce business, Moda Operandi enables women to pre-order designer pieces straight off the runway via digital trunk shows. Indeed, the “pre-tail” business accounts for 60 percent of total revenue. The site caters to ultra-high net worth consumers who, according to the company, spend an average of $1,400 per order, seven times a year. (By comparison, average order value at Net-a-Porter in 2016 was £550 or about $687 dollars.)

Moda Operandi has also found success with private physical showrooms that allow clients to see and pre-order select runway collections in person. The company declined to disclose revenue figures, but said total sales for 2016 were up 54 percent year-on-year. In 2015, the company reported $69 million in sales, putting estimate turnover for last year at about $106 million. This week, Moda Operandi issued a statement saying it had grown by more than 3.5 times since its last round of funding in 2014.

Apax has a long history of investing in fashion assets, having taken stakes in Cole Haan, Tommy Hilfiger and Karl Lagerfeld. But the latest move signals its growing interest in fashion e-commerce. “We are delighted to partner with Moda to help accelerate this next phase of its growth,” said Dan O’Keefe, managing partner of Apax Digital, a new growth capital fund through which the private equity firm made the move. “Our partnership further confirms our commitment to growth within the luxury digital arena.”

The question becomes what Apax might do next. On the list of future targets could be fashion re-sale sites like The RealReal and Vestiaire Collective, or even a sharing economy start-up like Rent The Runway, which is challenging the idea of owning fashion altogether with a Netflix-like rental service.

But what about Apax's long-term strategy? While the investments in Moda Operandi and MatchesFashion were of very different scales and made by different Apax funds on different continents, could these assets — and others — one day be rolled up into a new mega-player to compete with YNAP and Farfetch?

Either way, it’s clear that with Apax in the mix, the luxury e-commerce space is now in play. And with a new player on the block, this race is only just beginning.

Gucci offices raided over suspected tax evasion. Police spent three days searching the offices of the Kering-owned brand, including its Milan offices and Florence headquarters. Prosecutors suspect that Gucci, which is enjoying a phenomenal revival, managed to save €1.3 billion ($1.54 billion) in domestic tax over several years. The label said it was “providing its full cooperation” and is “confident about the correctness and transparency of its operations.”

Mulberry reports flat first-half group revenues. Two years after shifting to an “affordable luxury” strategy after a period of repositioning the brand as more upmarket, the British brand saw sales increase by 2 percent year-over-year in the first half of 2017.

Ulta Beauty's holiday forecast disappoints Wall Street. For the first time since 2014, the multi-brand beauty retailer has not raised its annual earnings forecast this fiscal year. Analysts say increased market competition from Sephora, Bluemercury and others is a concern, as are declining profit margins.

Céline to launch e-commerce. The only LVMH-owned fashion label without its own e-commerce business will start offering online sales in mid-December. The launch of the online destination, which will include ready-to-wear, leather goods, accessories, jewellery and shoes, comes as the French brand has been taking tentative steps into the digital sphere this year, with the launch of an Instagram account in February and a WeChat account in November. 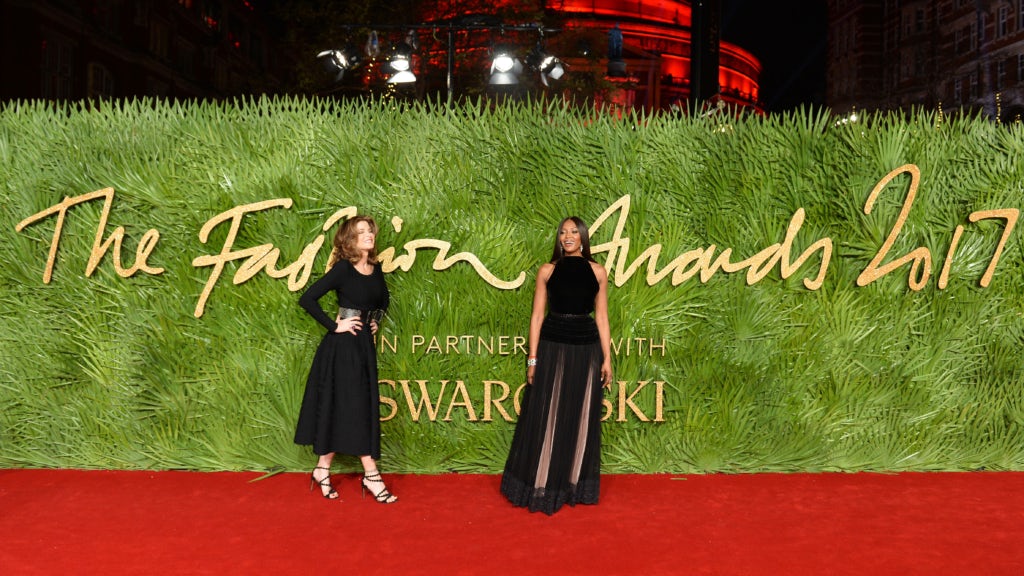 Jim Moore, creative director of GQ US, steps down. Jim Moore, who established the magazine as an authoritative style guide for American men over the course of almost four decades, is transitioning to a creative director-at-large following a series of departures from the Condé Nast men’s title. Will Welch, editor-in-chief of GQ’s upscale quarterly, will take over the post.

Amazon begins operations in Australia. The e-commerce giant quietly launched in the country on Tuesday, offering products across more than 20 categories as well as one-day and free delivery on some orders. Australia presents a new challenge for Amazon, which seeks to bring local retailers into the fold through its online marketplace. Amazon has stepped up its efforts to expand in Asia, with a rollout in Singapore and India earlier this year.

Louis Vuitton turns to Facebook bot. The luxury brand has launched a “virtual adviser” on Facebook Messenger for US clients with AI startup Mode.ai that will search the brand’s online catalogue, pull up runway shows and provide tips for product maintenance. The chatbot aims to boost holiday says and is part of an ongoing effort by luxury brands to boost their digital offerings.

Luxury brands boosted by court ruling for online sales ban. After German court sought guidance on whether banning online sales on third-party sites restricted competition, the Court of Justice of the EU has ruled that suppliers of luxury goods can prohibit distributors from selling those goods on third-party internet platforms such as Amazon. These platforms argued that restrictions on online sales are anti-competitive and hurt small businesses.