At its latest special event, Apple unveiled its largest-ever iPhone and a heart-tracking watch. BoF breaks down the key takeaways for the fashion industry.

At its latest special event, Apple unveiled its largest-ever iPhone and a heart-tracking watch. BoF breaks down the key takeaways for the fashion industry.

On Wednesday morning, as editors and buyers trooped through the final, rain-soaked hours of New York Fashion Week, a number of industry insiders — including Virgil Abloh and Naomi Campbell — had already arrived in sunny Silicon Valley for Apple’s latest special event. Inside the company’s new spaceship-like headquarters in Cupertino, chief executive Tim Cook and his team debuted new products, from the largest-ever iPhone to a heart-tracking watch.

Apple has courted the fashion industry since the launch of its first Apple Watch three years ago, inviting fashion insiders to its events and running advertising in Vogue. But the technology giant, whose iPhone and ecosystem of iOS apps have fundamentally reshaped consumer culture, has significance to the fashion industry far beyond wearable computing. Here, BoF breaks down the key takeaways from Apple’s special event for fashion executives.

Apple’s new iPhone XS Max is the company’s biggest, fastest and most expensive model yet, priced at $1,100. It also comes in a new gold finish. No wonder some observers have noted that, when said out loud, “XS” can sound a lot like “excess.” Perhaps that’s why Apple pronounces the model “10S.” Either way, the constant upscaling seems to be working for Apple. Its new iPhones start at $750, $1,000 and $1,100, while starting prices last year were $700, $800 and $1,000. Unit sales of the iPhone were more or less flat in the latest quarter when compared to the same period last year, but iPhone revenues rose 20 percent to $29.9 billion thanks to rising prices. The question for the fashion industry is whether high-end personal technology devices, like the new iPhone, also perform a symbolic function similar to handbags and will continue to eat into sales of traditional luxury goods, especially amongst younger tech-savvy consumers. 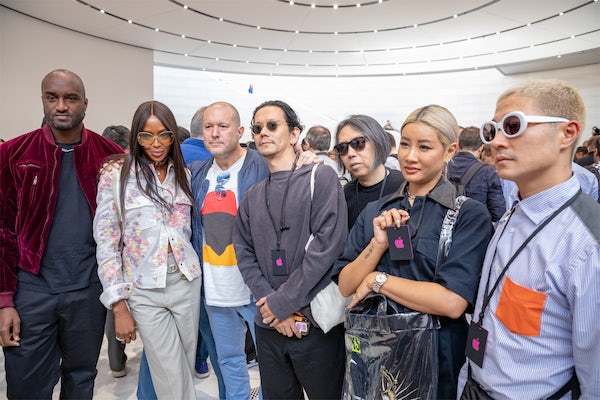 In the last year, Apple has become the world’s top watchmaker, beating out Rolex on both unit sales and revenue. Now, Apple is refining the positioning of its Apple Watch as a health and fitness device. The latest iteration of the device can detect if a wearer has fallen down and comes with a heart sensor that can administer a medically accurate electrocardiogram approved by American regulators. Initially, consumers were unsure about the utility of smartwatches and Apple, which initially marketed its device as a fashion accessory, is now betting that a sharper focus on health and fitness, beyond step counting, will help to clarify the value proposition, something that traditional watchmakers would do well to note. (Interestingly, the Apple Watch “Edition” model, which initially came in precious metals and sold for more than $10,000, and was then offered in ceramic, was finally discontinued this week, though Apple’s watch partnership with Hermès is staying.)

No mention of ‘Netflix for magazines’ app Texture

Apple is betting that bigger phones will drive more engagement with paid digital services, like Netflix, from which Apple takes a commission. In March, Apple acquired ‘Netflix for magazines’ app Texture from a consortium of publishers, including Condé Nast and Hearst. The app lets consumers read as many stories as they want from dozens of magazines for a $10 monthly subscription. And according to a recent report in Recode, Apple has since held talks with major US newspapers such as the New York Times and the Washington Post. Publishers, growing digital subscription businesses of their own, are worried about cannibalising sales and diluting the one-to-one relationship they have with subscribers. And yet Apple’s reach could offer media companies a boost. Texture was notable for its absence from Apple’s special event this week, leaving fashion publishers in suspense on what to expect.

No shopping on HomePod — yet

Currently, 32 percent of Americans own a smart speaker. Apple’s version of the device, named HomePod, launched earlier this year and allows people to send messages, set reminders, check calendar events and the weather, control home accessories and listen to music, news and podcasts. Now, HomePod is getting new features, letting users search for music by lyrics, set multiple timers, and make and receive phone calls. Shopping remains a less common use of smart speakers, although 47 percent of people who do shop with their smart speakers use them to conduct general product search, while 43 percent make shopping lists and 32 percent compare prices, according to recent data from Adobe. The Apple event contained no news about when the company’s HomePod would be ready for shopping, keeping retailers in suspense. 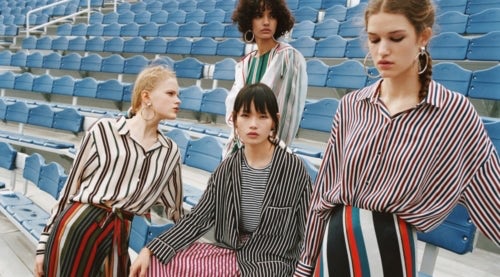 Inditex says revenue may accelerate after four-year lull. The Zara owner said profitability is rebounding after reaching a decade low last year. The company expects like-for-like revenue growth of 4 percent to 6 percent and a 0.5 percentage point margin improvement in the second half. Sales growth slowed to 4 percent in the six months through July amid extremely hot weather, weak currencies and the rising pressure of online competition.

Madewell launches menswear. J.Crew's sister brand is making its long-awaited entry into the men's business, starting with a 38-piece collection, featuring 21 denim styles as well as T-shirts and jackets. The range will be available at 31 Nordstrom stores across the US and on Nordstrom.com. Madewell’s own fleet of more than 120 retail stores will not carry the line at present. The launch signals a big opportunity for Madewell as it is slated to blow by $500 million in sales this year.

Saks Off Fifth same-store sales fall again. Hudson’s Bay Co. is trying to turn around its Saks Off 5th chain, which reported falling same-store sales for the seventh time in the past eight quarters. In contrast, revenue at Nordstrom’s Rack grew 4 percent on that basis last quarter, while TJ Maxx operator TJX, on the lower end of the off-price spectrum, is thriving, too.

Target and Macy's ramp up for holiday season. Target plans to hire about 120,000 seasonal workers, up 20 percent on last year, as the retailer gears up for the busiest time of the year. The chain said it would also offer extra hours to existing workers. Macy's, meanwhile, said it would hire 80,000 temporary workers, a 31 percent increase over 2017, and assign more hands to cater to online orders.

Debenhams shares rise after speculations of merge with House of Fraser. Sports Direct, controlled by founder and billionaire Mike Ashley, bought House of Fraser out of administration for £90 million ($117 million) last month. It also owns a 29.7 percent stake in Debenhams, which has issued three profit warnings this year. Analysts have speculated that Ashley might want to put the two department store groups together. 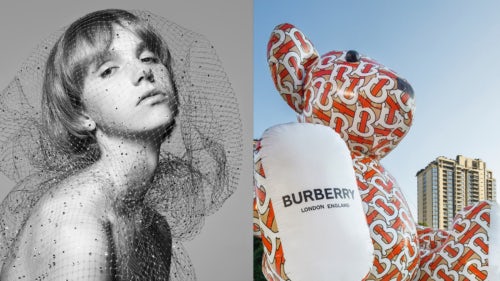 Slimane and Tisci tease new visions ahead of big debuts. The designers are set to make their respective ready-to-wear debuts at Burberry and Celine this month. But for those following along on social media, the action has already begun. Both designers are using guerrilla marketing tactics on Instagram, designed to trigger a crescendo of social media conversation in the run up to their shows.

Alibaba announces Jack Ma's successor. Alibaba has confirmed that chief executive Daniel Zhang will succeed founder Jack Ma as chairman of its board after a one-year transition period. The news comes after Ma revealed his plans to retire. Zhang has been in the chief executive position since 2015 and was with the company for 11 years.

Richemont reintroduces CEO role, appointing Jerome Lambert. The appointment comes about two years after Richemont’s controlling shareholder and chairman Johann Rupert abolished the position, saying he considered the company, whose brands include Montblanc, Chloé and Purdey, too big for one person to manage. Having worked more than two decades at the company, Lambert was most recently chief operating officer.

Designers at London Fashion Week vow to go fur-free. The British Fashion Council said none of the designers participating on the official schedule will be using fur. The announcement comes after rising numbers of anti-fur protesters demonstrating at London Fashion Week, from 25 in 2016 to more than 250 last September. It also follows Burberry's move to implement a fur-free policy before the debut of its new creative director, Riccardo Tisci.

Amazon predicted to dethrone Walmart as the number-one apparel retailer. The e-commerce giant's apparel and footwear gross sales are expected to top $30 billion this year and leapfrog Walmart for the top spot, according to Wells Fargo. With chief executive Jeff Bezos at the helm, Amazon shares have rallied more than 22 percent in the past six months and 100 percent over the past year.

Condé Nast to relaunch Vogue in Greece. Published under a license agreement with Kathimerines Ekdoseis, the print and digital edition will debut in Spring 2019 under the leadership of Thaleia Karafyllidou, the youngest-ever editor-in-chief of a Vogue magazine, at 29. It will mark the second entry of the magazine into Greece; Vogue Hellas launched in March 2000 under Liberis Publications, but ceased operations in 2012 after the publisher went bankrupt.