Booming e-commerce sales on Black Friday underscore the need for continued digital investment, but front-end upgrades are only the tip of the iceberg.

Booming e-commerce sales on Black Friday underscore the need for continued digital investment, but front-end upgrades are only the tip of the iceberg.

LONDON, United Kingdom — This year, Black Friday — the start of the holiday shopping season just after America’s Thanksgiving, traditionally marked by deep discounts and soaring sales — drove strong results for physical retailers. But it clearly isn’t the singular spending bonanza it used to be — at least offline. In part, that’s because promotions and discounts have become the new normal, giving rise to what the BoF-McKinsey State of Fashion 2017 report labels a pervasive “discount culture.” Consumers expect to buy less and less at full-price, but critically they are also shifting their spend online.

E-commerce sales on Black Friday told another story altogether. While just as prone to the culture of discounting, online sales this Black Friday generated a record $3.34 billion in the US alone, rising to a staggering $5.27 billion when you include Thanksgiving Day, according to a report by Adobe. What’s more, Adobe reports that this Black Friday “became the first day in retail history to drive over one billion dollars in mobile revenue at $1.2 billion, a 33 percent growth year-on-year.”

In the market for luxury goods, consumers are shifting their buying behaviour too. In a 2015 report, McKinsey & Company predicted a “tipping point” in luxury e-commerce with the share of luxury sales occurring online expected to reach 18 percent by the end of 2025, making e-commerce the world’s third largest luxury market after China and the US. A large percentage of these will undoubtedly come from mobile.

Federico Marchetti, chief executive of Yoox Net-a-Porter Group (YNAP), the world's largest online luxury retailer, expects smartphones and tablets to account for three-quarters of sales by the end of 2020. Indeed, he aims to turn YNAP into a “mobile only company” as part of a plan to achieve net revenue growth of 17 percent to 20 percent every year through 2020.

But focusing on the consumer-facing front-end is only one part of the wider digital opportunity — and fashion companies must widen their digital focus, recommends the BoF-McKinsey report. Indeed, many fashion businesses are still digitally deficient on the inside. And now that significant cost-cutting and restructuring exercises have made many of these businesses as lean as possible for today’s more challenging environment, further cost efficiencies will have to come from innovation-led upgrades to core processes.

Fashion companies should look to deeper digitisation to deliver on key opportunities like cycle acceleration, omnichannel and localisation, as well as increased supply chain efficiency, lowering procurement costs and the enhancement of sourcing opportunities. 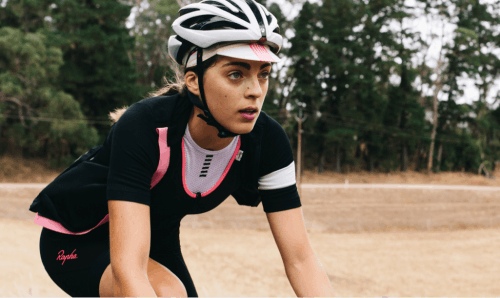 LVMH in talks to acquire Rapha. L Catterton, the investment arm of luxury goods giant LVMH, is reported to be in talks with upmarket cycling apparel company Rapha about a potential acquisition that could help the company expand further into the sports and leisure markets. L Catterton, which is 40-percent owned by the family holding company of LVMH chairman Bernard Arnault, is also reported to be the frontrunner to acquire a stake in Italian bicycle maker Pinarello.

Boohoo eyes Nasty Gal. British fast fashion e-tailer Boohoo is said to have put in a “stalking horse” offer on Nasty Gal, the venture-backed fashion retailer that recently filed for Chapter 11 bankruptcy protection in the US. The offer is designed to test the market for Nasty Gal in advance of a court auction of its assets.

Swiss watchmaker Breitling weighs sale. Breitling, one of the largest remaining independent Swiss watch brands, is in the early stages of considering a sale, according to reports. The Swiss watch industry is currently battling its longest downturn since records began in 1988, with falling demand in Asia spreading to Europe and the US this year, which has caused other brands like Vacheron Constantin and Cartier to cut jobs.

Tiffany shares rise after luxury slump eases. Shares of Tiffany & Co rose as much as 6.5 percent, helped by the company’s improved sales in China and Japan. The jeweller has been hurt by weaker sales in Asia and reduced tourism to Paris following last year’s terror attacks and has concentrated on controlling costs and introducing new products. Net sales in the Americas fell 2 percent. Its New York flagship, which is next to Trump Tower, is suffering from “continued sales softness.”

Tommy Hilfiger to stage second direct-to-consumer show in LA. The brand will show its spring collection in Venice Beach, California, on February 8, a day before the official start to New York Fashion Week, allowing customers to purchase pieces from the collection immediately after the show. Hilfiger previously experimented with the direct-to-consumer format in September.

Bottega Veneta to merge men’s and women’s shows. The Italian fashion house has joined the growing group of brands integrating its collections, saying it will merge its existing women’s and men’s shows into two seasonal events, beginning in 2017. The decision, which the company described as “a natural evolution” following its combined Spring/Summer 2017 fashion show in September, follows in the footsteps of fellow Kering-owned brand Gucci’s move last April to present two integrated collections on the runway each year.

DKNY Confirms Departure of CEO and Creative Directors. DKNY chief executive Caroline Brown and creative directors Maxwell Osborne and Dao-Yi Chow will leave the company before the end of year. Their departures were announced at the closing of LVMH's sale of DKNY to American manufacturing and licensing company G-III Apparel Group at an enterprise value of $650 million. The deal closed on December 1st.

Samantha Cameron starts fashion line. The wife of former British Prime Minister David Cameron has confirmed that she is launching her own fashion label called Cefinn, a contemporary line selling items priced between £100 and £300. The first collection will feature 40 pieces and be available from early next year from retailers like Net-a-Porter and Selfridges, as well as its own website.

Benetton heir departs company board. Alessandro Benetton, the son of one of the four founders of the Italian fashion brand, has left the Benetton Group board, raising concerns about its future. The company described his exit as “a regular part of the rotation within the board,” however the head of Filctem CGIL, a union for chemical, textile, energy and manufacturing workers, said the departure “was a serious new reason for concern on top of many uncertainties growing around the country.” In recent years, the Benetton brand has struggled with declining sales and undergone several creative relaunches.

Neiman Marcus names Interim CFO and COO. Neiman Marcus has named Michael Fung interim CFO and COO, succeeding Donald T. Grimes. The department store chain has struggled over the past year, reporting a bigger loss in its fourth quarter after the company had to write down the value of some of its assets due to falling sales.

Yoox-Net-a-Porter announces Middle East venture. The online luxury retailer is entering into a joint venture with Mohamed Alabbar’s Symphony Investments to expand into the region by building a new platform to serve countries like United Arab Emirates, Saudi Arabia and Kuwait. The deal could serve as a blueprint for YNAP to move deeper into a number of other markets. The company will open an office in Dubai with dedicated sales, PR and marketing teams. YNAP will hold a 60 percent stake in the joint venture, while Symphony Investments will own the remaining 40 percent.