Why Fashion ‘Slavery’ Is Making Headlines

Fashion’s mistreatment of garment workers is widespread, but this week, allegations of ‘modern slavery’ at suppliers of British ultra-fast fashion label Boohoo have ignited a firestorm. Why now?

Why Fashion ‘Slavery’ Is Making Headlines

Fashion’s mistreatment of garment workers is widespread, but this week, allegations of ‘modern slavery’ at suppliers of British ultra-fast fashion label Boohoo have ignited a firestorm. Why now?

British ultra-fast fashion group Boohoo has been in the headlines this week — for all the wrong reasons. Over the weekend, an investigation by the UK’s Sunday Times alleged that workers at a factory in the northern city of Leicester supplying Boohoo’s Nasty Gal label were paid as little as £3.50 per hour, far below the country’s minimum wage of £8.72 per hour for over 25s.

The article is the subject of a legal complaint from Jaswal Fashions Limited, the owner of the factory. Meanwhile, Boohoo has tried to dampen the scandal and protect its reputation, terminating contracts with two suppliers, launching an independent investigation into its supply chain and pledging £10 million towards strengthening its compliance processes.

But despite these efforts, the issue caught fire, resulting in a week’s worth of negative headlines, statements from politicians and a “modern slavery” probe by UK authorities.

Before this week, Boohoo had been one of the rare winners of the pandemic, growing sales year on year by pivoting its offering from night-out looks to stay-at-home loungewear with terrific speed, enabled by local suppliers in the UK, where 40 percent of Boohoo’s products are made. (The company relies on speed-to-market to keep up with social media-driven style trends.)

But the fallout from the scandal was swift and severe. Boohoo shares plunged roughly 40 percent, wiping £2 billion off the company’s market capitalisation. Meanwhile, retailers including Amazon, Asos, Next and Zalando suspended the sale of Boohoo products, worsening the public relations crisis, even if wholesale accounts for less than 2 percent of the company’s revenue.

The mistreatment of garment workers in fast fashion’s loosely monitored supply chain is nothing new. Boohoo and others have faced similar allegations before.

In 2018, The Financial Times published an investigation entitled Dark Factories: Labour Exploitation in Britain’s Garment Industry, targeting Boohoo’s Leicester suppliers for unsafe working conditions and paying workers “as little as £3.50 an hour.” Last year, a report by the UK parliament named the company and others for failing to tackle “unsustainable” and “exploitative” practices in their supply chains. But Boohoo continued its rapid rise largely unhindered.

So why the firestorm? And why now?

To be sure, consumers are wising up to abuses in fashion’s supply chain. But more than anything, the answer to the riddle is wrapped up with the Covid-19 pandemic.

Leicester’s garment factories, often cramped and decrepit, are the site of the UK’s latest outbreak of the novel coronavirus and government authorities have placed the city under new lockdown measures, even as the rest of the country opens up. This makes the latest allegations against Boohoo, which accounts for more than 75 percent of clothing production in Leicester, a major political issue, especially as the company recently came under fire for fuelling the spread of Covid-19 with a production push that defied social distancing rules.

According to activist group Labour Behind the Label, local garment workers — most of them British South Asians — were forced to keep working despite high levels of infections at factories.

Already the coronavirus has proven a catalyst of major change around the world, shifting the course of the American presidential campaign, feeding civil rights protests and sealing the fate of Hong Kong. But whether the pandemic-driven uproar at Boohoo will result in any lasting change to the widespread injustices in the fast fashion supply chain remains to be seen.

The ongoing reputational risk to Boohoo is very real. But by Friday, the company’s shares had regained significant ground after a handful of major investors raised their stakes (though one, Standard Life Aberdeen, dumped almost all of its stock in the company) and a first round of inspections by UK authorities found no evidence of modern slavery crimes. Thus far, there are no signs that Boohoo’s workers’ rights scandal is spreading to other brands or geographies.

Early in the pandemic, media reports examined the plight of garment workers left destitute in countries like Bangladesh, Cambodia, India and Myanmar after fast fashion brands abruptly cancelled orders and social distancing measures forced factory closures, sending workers home with little or no pay. But the scrutiny resulted in no meaningful change, and today the mistreatment of garment workers remains a systemic issue for the fashion industry from Dhaka to Leicester to Los Angeles. Until there is progress, fashion’s conscience cannot be clear. 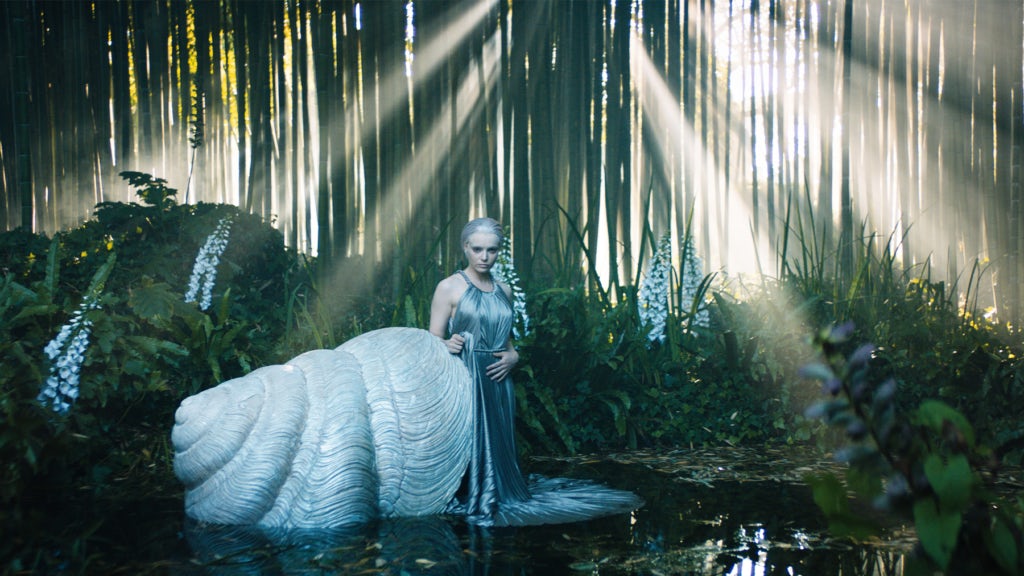 The curtains close on the first digital couture week. Couture houses from Giambattista Valli to Schiaparelli traded the traditional theatricality of runway shows for videos this week. For mega-brands like Dior and Chanel, couture shows are a chance to conjure brand image as well as sell expensive gowns. Whether a digital iteration of the event was able to drive the same impact is questionable. The Fédération de la Haute Couture does not yet have engagement data.

Brooks Brothers files for bankruptcy. The heritage brand known for its integral role in developing the American suit filed for bankruptcy protection on Wednesday. Brooks Brothers had already planned to close 51 of its 500 stores and cease all US manufacturing after the pandemic compounded ongoing challenges the company was facing, such as poorly performing stores with long-term leases, changing shopping habits and waning demand for businesswear staples.

Ann Taylor owner reportedly prepares for bankruptcy. Ascena, which owns a number of mall brands including Justice and Lane Bryant, plans to shutter 1,200 of its nearly 3,000 stores across the US and enter Chapter 11 bankruptcy with a creditor agreement that could get rid of $700 million of its $1.1 billion debt load. In addition to the challenges posed by the pandemic, Ascena was grappling with years’ worth of financial losses as mall foot traffic declined and customers started shopping online.

Levi’s warns of a bleak H2 as it lays off 15 percent of corporate staff. Net second-quarter revenue for the denim brand fell 62 percent to $497.5 million, beating analyst predictions of $485.5 million. While Levi’s sales have improved off the back of store reopenings, it expects weak growth for the remainder of 2020 and warned of squeezed margins as it looks to shift excess inventory. The company is also cutting 700 corporate roles — about 15 percent of its workforce — which would result in annual savings of $100 million.

Bulgari chief executive predicts a two-year recovery period. CEO Jean-Christophe Babin said he expects the LVMH-owned jeweller to make up for lost sales due to Covid-19 over the course of the next 24 months. LVMH’s watches and jewellery revenue slumped 26 percent in the first quarter of 2020, a steeper decline than any other category for the luxury conglomerate. However, Babin is optimistic about a boom in domestic spending in China and the wider Asia-Pacific region.

Fast Retailing cuts full-year outlook. The Uniqlo owner, which reported an operating loss of ¥4 billion in the March-May quarter, said it expects its annual operating profit to fall by 50 percent to ¥130 billion, worse than the 44 percent decline it had previously estimated. However, domestic same-store sales for Uniqlo have shown a promising rate of recovery, up 26 percent in June compared to the same period last year, after sales plummeted 57 percent in April and 18 percent in May.

Jacquemus is staging an in-person runway show. Creative Director Simon Porte Jacquemus has announced he will be showcasing his latest collection at a secret location near Paris on July 16 with a limited guest list to accommodate for social distancing and sanitary measures. Jacquemus, no stranger to generating a media buzz around its runway shows, has taken full advantage of France’s eased lockdown measures while Paris Fashion Week remains a wholly digital affair.

Yeezy, Outdoor Voices and Moda Operandi are among the fashion companies that took out US crisis loans. The Paycheck Protection Program, designed by the US Government to help small businesses cover costs such as payroll during the worst of the pandemic, granted some 700,000 loans in total. However, a number of companies, including Valentino, say they were mistakenly included in the list of recipients after initially inquiring about a loan but ultimately declining to receive the financing. 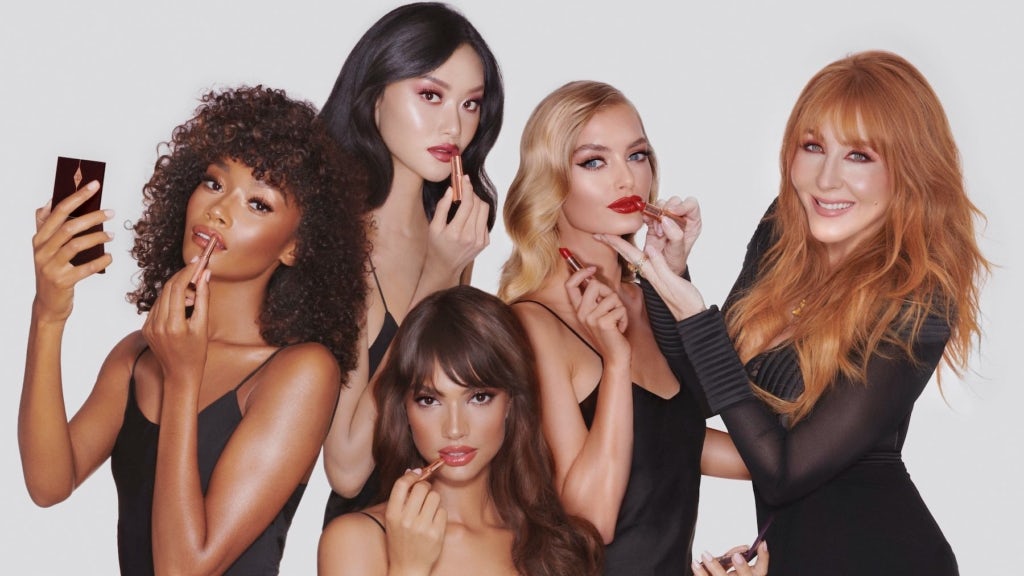 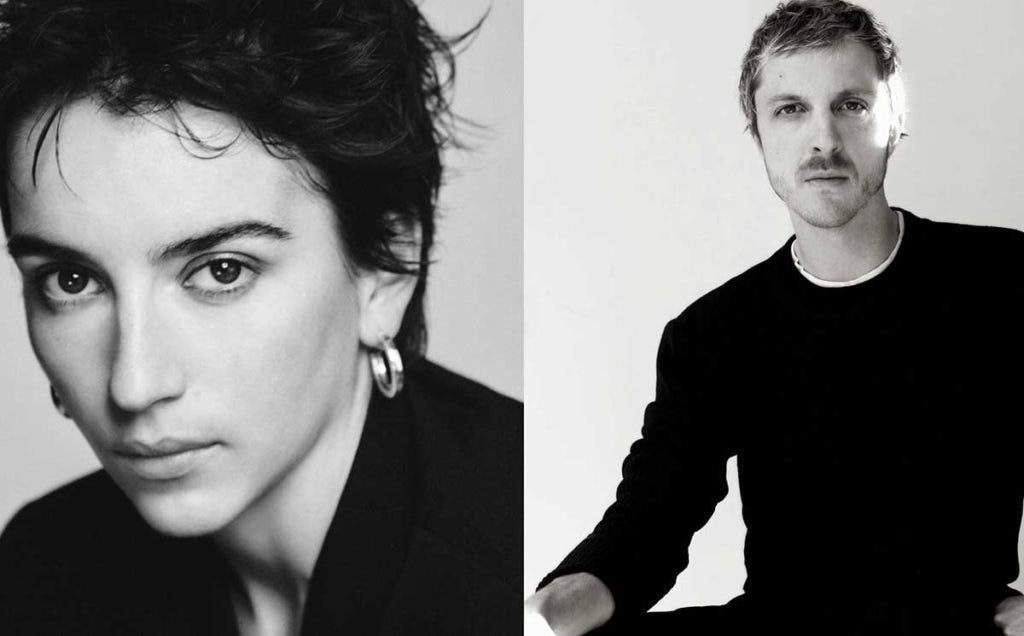 would take a different form in light of the pandemic, instead offering grants to previous winners and finalists based in France. Serre and Martens have been awarded €200,000 and €150,000 respectively and will receive mentorship on how to weather the coronavirus crisis.

Roger Federer collaborates with Swiss running brand On. The tennis star released his first sneaker, “The Roger,” on the 17th anniversary of his first Wimbledon victory. Federer, who has previously held lucrative endorsement deals with brands like Nike and Uniqlo, became an investor in On in November 2019 and consulted for the brand before working on any collaboration lines. 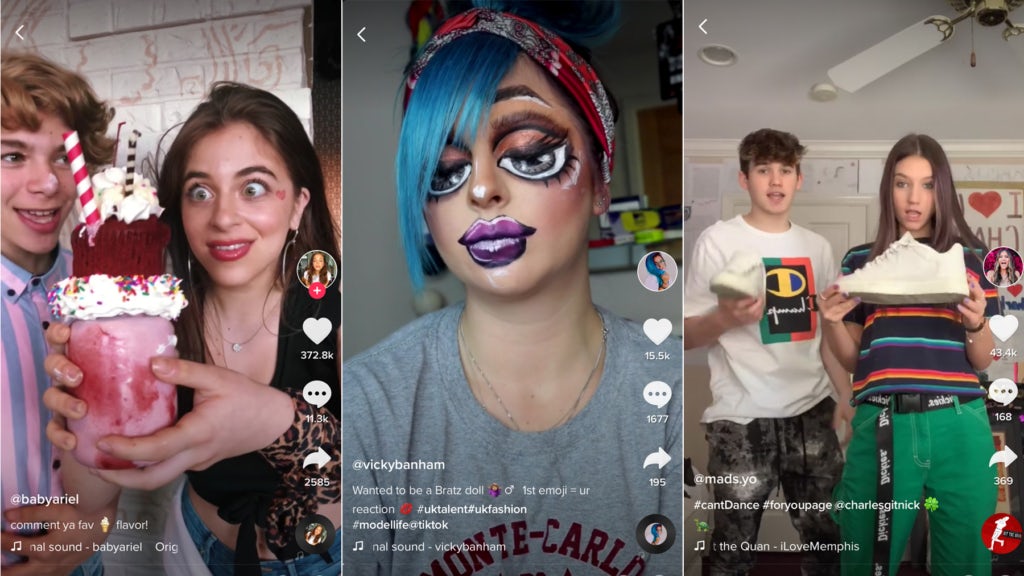 TikTok to exit the Hong Kong market. The decision by the video app comes after China’s controversial national security law came into effect in Hong Kong. TikTok, has previously said it will not comply with Chinese government requests to access user data or censor content. Although owned by China-based ByteDance, TikTok is not available to access in Mainland China, though the company said there are no current plans to roll out Duoyin, its Chinese equivalent, in its place in Hong Kong.

GQ France has a new editor-in-chief. Olivier Lalanne joins the men’s glossy from Condé Nast stablemate Vogue Paris, where he was deputy editor from 2006, but will stay on as editor-in-chief of Vogue Hommes and head up Condé Nast France’s newly formed men’s division. He replaces Béline Dolat, who held the role since 2017 and is exiting Condé Nast France “to complete a project that is close to her heart,” according to a company statement.