Even Republicans were shocked by Donald Trump’s victory in the US presidential election on Tuesday night. Indeed, in some establishment circles, the prospect of the demagogic billionaire and reality-television star beating Democratic candidate Hillary Clinton to become the country’s 45th president was seen as a “black swan” with serious consequences for global markets.

The immediate news of Trump’s win triggered a sharp sell-off in Asia, while US stock futures plunged 800 points overnight. But by the time the opening bell rang at the New York Stock Exchange on Wednesday morning, markets were already stabilising as the world began to digest — and reassess — the idea of a Donald Trump presidency, soothed by a victory speech that was more moderate than the wild, crude and divisive rhetoric wielded by candidate Trump during a bitter campaign.

On Thursday, after a cordial meeting between Trump and current US president Barack Obama, the Dow Jones Industrial Average soared, hitting an all-time high by the end of trading, as investors began to see a “silver lining” to the ascendence of a figure who is expected to cut taxes, reduce regulation and invest in infrastructure, which could in turn create new jobs and boost consumer spending. But the real impact of the result remains largely unknown, not least because the president-elect has outlined his policy positions in only the vaguest of terms.

For the luxury market specifically, some of Trump’s loosely stated policies, like the tax cuts he has promised wealthy Americans, could prove a boost. Others, like a more protectionist stance on trade with China, could spell trouble. Following the election, shares in major luxury conglomerates LVMH, Kering and Richemont did not oscillate as wildly as stocks in other sectors, closing at a relatively stable position on Friday.

But emotions are still running high in a United States of America that finds itself sharply divided along class, age and racial lines. As anti-Trump protests spread across the country, some in New York’s fashion industry, which overwhelmingly supported Hillary Clinton, drew comparisons between the present mood and the period of mourning after the 9/11 terror attacks.

This is not good news for a luxury market that is largely emotionally-driven and already suffering from slow growth. While luxury spending in the US is more geographically dispersed than in most markets, the Democratic states along the country’s coasts are home to the highest concentrations of luxury consumers, for whom shopping is anything but top of mind at the moment.

And then there is the fast-approaching matter of all-important holiday retail sales in a country where many major luxury brands — including Hermès, Cartier and Gucci — have made significant investments in new stores. Consumer confidence has been damaged by the long and uncertain election season and holiday spending is expected to fall for the first time since the Great Recession, according to data from the National Retail Federation. 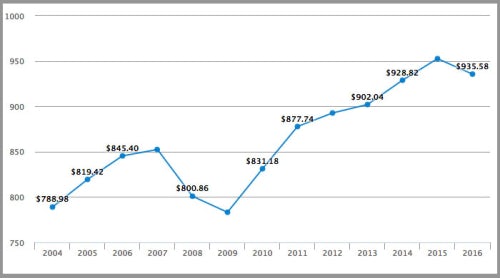 But Trump’s triumph, whatever the short-term impact, has implications that stretch far beyond the US, not only because the country is the world’s last remaining superpower with immense global influence. Some are calling this “America’s Brexit” as the result was fuelled by the same strain of nativist, anti-establishment anger that was behind the British public’s surprise vote to quit the European Union last June.

Like their counterparts in Britain, many of Trump’s supporters are white, rural “have-nots” who have been left behind by globalisation, the spoils of which have accrued disproportionately to urban educated elites, as a wave of offshoring unleashed by free trade pacts decimated the local manufacturing base that once provided stable and reasonably well-paying working class jobs.

Similar dynamics can be seen across Western Europe and Trump's victory has emboldened nativist right-wing parties in Austria, France, Germany and the Netherlands, among others. Geert Wilders, the leader of the far-right Dutch Freedom Party, has already called Trump’s win a “revolution” that should be emulated in Europe.

How this might play out in the upcoming polls in France, Germany, Italy, the Netherlands, Austria, Romania and the Czech Republic remains to be seen. But a wave of Trump-style victories could further weaken an already fragile Europe, threatening years of uncertainty for the luxury market in a once reliable and stable source of revenue and profit.

Markets jump after Trump win. After a dramatic sell-off in Asia, global markets rebounded as investors assimilated the initial shock of Donald Trump’s victory in the US presidential election. The Dow Jones Industrial Average closed at a record high on Thursday, while the US dollar jumped to a two-week high against a basket of major currencies like the yen and the euro. Gold prices remained unchanged as investors turned to riskier assets, such as stocks, in the hopes that Trump would boost government spending, though the fear of Trump’s protectionist stance has unnerved some.

Burberry cuts product lines after profit falls. British luxury brand Burberry will cut 15 to 20 percent of its product lines as part of the company's turnaround plan to address wider market challenges, such as slowing growth in Asia and a fall in tourist spending in Europe following a series of terrorist attacks. On Wednesday, the company reported a profit drop of 24 percent for the first half of the year, in line with market expectations.

American Apparel to close UK operations. The struggling American retailer, which is currently up for sale, is reported to have appointed KPMG as administrators to handle the shuttering of 13 UK stores and some of its European operations this week. The company, which is the largest clothing manufacturer in North America, filed for US bankruptcy protection in October last year.

M&S to close 80 stores, shifts away from fashion. British high street retailer Marks & Spencer will close more than 80 stores, as part of plans set out by its new CEO Steve Rowe to revive the business by focusing less on fashion and more on food. The move comes after the company’s considerable efforts to turnaround its fashion offering like a recent collaboration with British television presenter and model Alexa Chung, however it still reported a 19 percent fall in first half profit and yet another slump in clothing sales.

India's Modi eliminates currency notes to curb corruption. On Tuesday evening, Indian Prime Minister Narendra Modi suddenly abolished the country’s largest currency notes — 500 and 1,000 rupee denominations — in a bid to tackle the country's endemic corruption, stop the flow of counterfeit currency and thwart terrorist organisations. The move will effectively remove around 80 percent of the currency currently in circulation in the country. Luxury retailers in India extended their opening hours until midnight and experienced a surge in cash transactions as consumers rushed to spend Dior bags and Rolex watches. Now the same retailers are bracing for a sharp drop in sales.

Teen Vogue to go quarterly. The Condé Nast publication is scaling back its print presence and will adopt a quarterly publishing rhythm, while increasing investment in digital. In addition to a more robust web and social media strategy, the title aims to "vastly" increase its output of video content. The move comes as the print-led media giant is going through a widespread restructuring as it tries to transform itself into a major digital player.

Hedi Slimane wins ruling in Kering battle. The ex-creative director of Kering-owned French fashion brand Yves Saint Laurent has been granted access to financial information pertaining to his former employer by a Paris commercial court. In June, Slimane won a claim against the luxury goods conglomerate, which was ordered to pay him €13 million in a dispute over his departure. 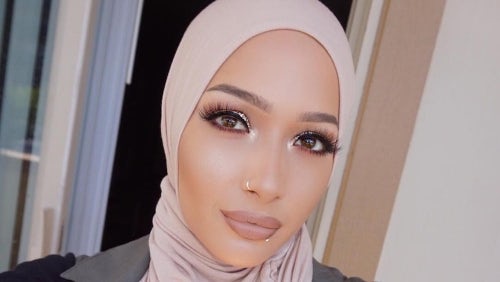 CoverGirl names first Muslim ambassador. Just weeks after the cosmetics giant named its first male face, CoverGirl has signed its first Muslim brand ambassador. Nura Afia, who is 24 year-old and wears a hijab, has accumulated more than 215,000 subscribers to her YouTube channel and over 13 million views of her make-up tutorials. She will appear in advertising for the company alongside celebrities like Sofia Vergara.

The Row appoints David Schulte president. Ashley and Mary-Kate Olsen’s luxury label The Row has hired David Schulte as president of the company. Schulte arrives from Oliver Peoples, where he served as president and chief executive. The appointment is the latest milestones for the business, which opened of its first New York retail store in May and introduced of its first menswear collection in late October.

Nasty Gal to file for bankruptcy. Sophia Amoruso, who turned an eBay store selling vintage clothes into a fashion e-commerce enterprise that reported over $100 million in sales last year, is stepping down as executive chairwoman as the company prepares to file for bankruptcy protection. The news comes at a challenging time for Nasty Gal, which has announced a number of layoffs in recent months.

Farfetch appoints chief strategy officer. The fashion platform has hired former Net-a-Porter executive Stephanie Phair to keep the company focused on future innovation as it prepares to pass $800 million in gross sales this year and eyes an eventual IPO. Phair, who was previously president of TheOutnet.com, will sit on Farfetch's executive board and report to founder and chief executive José Neves.

Alibaba makes $1 billion in five minutes. The Chinese e-commerce giant is on track to post its highest sales ever for its annual Singles Day shopping bonanza after it said it recorded $1 billion in sales on its combined platforms in the first 5 minutes of November 11th. Investors are hoping the Alibaba will be able to replicate the 60 percent jump in transactions that helped it generate $14 billion in sales last year.

Yoox-Net-a-Porter posts revenue momentum. Fashion e-tailer Yoox Net-a-Porter said it expected revenues to rise further this year after it reported a 12 percent gain in third quarter sales, in line with market expectations, adding momentum to its drive to achieve net revenue growth of 17 to 20 percent every year until 2020. The company, whose chief executive Federico Marchetti has voiced his intention to take the company mobile-only, also expects business from smartphones and tablets to account for three-quarters of total sales in the same period.