The world’s longest sea-crossing bridge could impact the region's retail and manufacturing sectors, Gucci and Zegna are victorious in their intellectual property disputes, and Bytedance is now the world's most valuable startup. Read China Decoded to make sense of the market.

The world’s longest sea-crossing bridge could impact the region's retail and manufacturing sectors, Gucci and Zegna are victorious in their intellectual property disputes, and Bytedance is now the world's most valuable startup. Read China Decoded to make sense of the market.

Hello BoF Professionals, welcome to our latest members-only briefing. China’s colossal size and dynamism makes it a top priority for any global business, but it remains opaque to many in the fashion industry. Leveraging our rare access and local knowledge, the BoF China team demystifies the Chinese market with weekly industry analysis and the wider socio-cultural context you need to sharpen your focus.

The world’s longest sea-crossing bridge opened to much fanfare last week, one of several ambitious megaprojects bringing Hong Kong and South China closer together. The stated aim is to promote business and tourism, but what will the impact really be on the region’s travel retail market and just-in-time manufacturing?

HONG KONG, China — Completed after nine years, at a cost of $20 billion, the 55-kilometre mega-structure now linking the Special Administrative Regions of Hong Kong and Macau with the southern Chinese city of Zhuhai in Guangdong province is both an impressive feat of engineering, and a highly symbolic project.

Its opening, attended by Chinese President Xi Jinping, follows only a month after an $11 billion high-speed rail link opened between Hong Kong, Guangzhou and Shenzhen, and at the same time as Chinese leaders talk up the prospects of a high-tech, manufacturing and innovation corridor evocatively called the “Greater Bay Area” in the Pearl River Delta of southern China.

“Raw materials imported from overseas can first [enter] Hong Kong via air cargo, then using the Hong Kong-Zhuhai-Macau bridge, it only takes 45 mins from Hong Kong airport to Zhuhai, [helping] manufacturing companies in the Mainland better perform just-in-time manufacturing services to their clients.”

On the flip side, Tsang adds, manufacturing companies in the Mainland can make use of the Hong Kong-Zhuhai-Macau bridge to export products overseas more efficiently.

The impact of a potentially shortened journey between Mainland China’s Guangdong province and the major port city and sourcing hub of Hong Kong is seen as negligible.

Although region is a traditional home of apparel and textile manufacturing, long-term economic trends have largely priced foreign-owned and export-oriented factories out of the area. Those that remain are, mainly, Chinese-owned factories supplying their massive domestic market, for whom closer links to Hong Kong are unnecessary.

“In our area we are the last [apparel manufacturers] left. Those who were here have already moved down to Cambodia, Vietnam, Myanmar, etcetera,” says Gerhard Flatz, managing director of premium sportswear manufacturer KTC, which exports 95 percent of its products to Europe.

Even for the export-oriented manufacturers that remain, like KTC, the impact of a potentially shortened journey between Mainland China’s Guangdong province and the major port city and sourcing hub of Hong Kong is seen as negligible.

“Where we are now with our little factory in South China, I don’t think there will be much impact at our end,” Flatz says.

Of more significance may be the tourist spend on fashion and luxury products in the duty free port of Hong Kong from Mainland Chinese consumers travelling from the 11 cities that make up the so-called “Greater Bay Area”, with their combined population of 68 million.

On the bright side, China’s growing middle class consumer segment and the service economic model they are fuelling, remains a significant engine for bolstering the economy, and major infrastructure projects in the South China region are likely to increase their mobility — in turn fuelling regional tourism and spending. 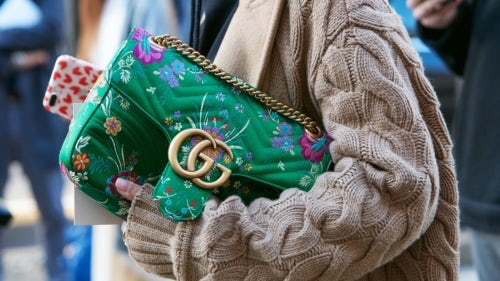 This month, two Italian fashion houses have won intellectual property cases against Chinese brands. The Italian Supreme Court of Cassation decided Gucci’s trademark rights had been infringed by Chinese leather goods maker Lorenzo, reversing an earlier decision by Florence’s Court of Appeal, which had held that Gucci’s ‘double G’ trademark had not been infringed by the defendant’s similar ‘double C’ design, as the end products were incomparable in quality. Then last week, Ermenegildo Zegna won a counterfeit case against Chinese brand ‘Yves Zegnoa’, when China’s Supreme People’s Court ruled that the replication of Zegna’s logo was a violation of the brand’s rights. (Luxe.co, ILM)

Vogue to Launch in Hong Kong

Condé Nast has confirmed that it will launch its 26th international edition of Vogue in Hong Kong next spring. The magazine will be published under a licensing agreement with Rubicon Media, and ex-Time Out Hong Kong alumnus Desiree Au has been appointed its publisher. Vogue Hong Kong's print magazine will be published in traditional Chinese, while its online content will be in both Chinese and English. (SCMP)

On the eve of China fashion week in Beijing, the country’s Fashion Designers’ Association established its 12th committee of the industry’s biggest haute couture names. Ten designers, including the likes of Guo Pei, Laurence Xu, Grace Chen and Zhang Zhifeng will promote China’s high-end bespoke fashion industry by developing traditional artisanal and craft culture, fused with modern elements. “We had haute couture well before mass manufacturing, and China has a rich history of handicrafts and textiles,” said couturier Grace Chen. “The pursuit of exquisite clothes is a Chinese cultural tradition that will only become more and more in demand.” (Jiemian)

Delivery the Future for Drugstore Giant

Alibaba’s food delivery platform Ele.me has been tapped by Hong Kong-based drugstore chain Watsons to sell its beauty and healthcare offerings across China, where it operates 3,000 stores, 2,500 of which have opened since 2009. Watsons, which owns the UK Superdrug chain and is the largest health and beauty store operator in Asia and Europe, has chosen 1,700 products to be sold through the platform. The company partnered with Alibaba’s logistics arm Cainiao in March, cutting delivery times down to two hours, but the latest collaboration with Ele.me will halve that waiting time for consumers. (Yicai) 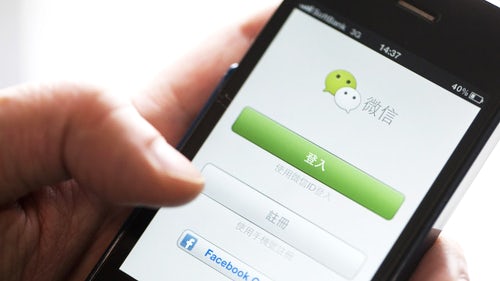 Pony Ma – the billionaire founder and chief executive of tech giant and WeChat parent company Tencent Holdings – broke his six-year hiatus on question and answer platform Zhihu on October 23. Ma asked followers what the next decade would bring to the fast converging industrial and consumer internet landscapes, as well as which breakthroughs in basic sciences are likely to impact the tech industry. The questions earned Ma’s account close to 50,000 followers within two days, and came at an apt time for Tencent – the company is facing mounting challenges as the Chinese government tightens controls on online gaming, which form the bulk of its business. (SCMP)

Meet the World's Most Valuable Startup

Multiple sources have claimed that the six-year-old company – a Beijing-based tech empire that includes news platform Jinri Toutiao and video app TikTok, locally known as Douyin – has completed a $3 billion funding round from international and local investors, the likes of which include Japan’s Softbank Group and Chinese Primavera Capital Group. Last week, 36Kr reported that Bytedance had closed its round of pre-IPO financing, valuing the company $75 billion. The $3 billion round rounds off Bytedance’s valuation at $78 million­ – $6 billion ahead of Uber, though the ride-hailing giant is rumoured to be valued at $120 billion ahead of an IPO which may take place in early 2019. (Forbes) 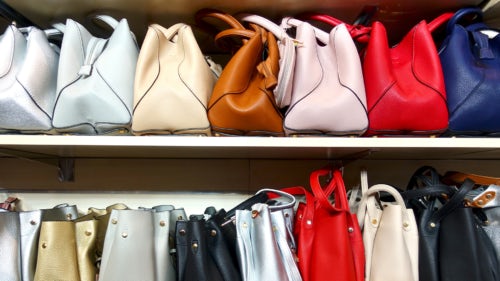 “Around 70 to 80 percent of us won’t make it,” estimates Ren Zhilu, one of China’s many overseas retail agents known as ‘Daigou’ who help luxury-hungry consumers circumvent import duties and nab authentic luxury goods at better prices. Ren, who has been in the business since 2004, is lamenting China’s new Electronic Commerce Law, which will come into effect on January 1, 2019 and requires ‘e-commerce operators’ – a term encompassing daigou agents and micro-merchants that formally fell outside the law’s scope – to formally register, obtain business licences and pay taxes. The Chinese government’s crackdown on daigou in past weeks was publicly endorsed by French luxury group LVMH, and the growing availability of European luxury brands on brands’ own online stores and e-commerce platforms from Tmall and JD.com are making it harder for the agents to make a living in an increasingly volatile market. (Jiemian)

70% of Consumers May Say No to Singles' Day Buying Spree

According to a report published by China Youth Daily – the official newspaper of China’s Communist Youth League – 7 out of 10 respondents will only purchase necessities during Alibaba’s upcoming November 11 shopping festival. However, figures released by Alibaba in the lead up to the event suggest otherwise. This year marks the 10th anniversary of the event, and Alibaba is hoping 180,000 participating brands will garner over one billion orders in 24 hours across its online and offline retail platforms, besting last year’s record-breaking gross merchandise value [GMV] of $25.3 billion. Preliminary signs have been positive, with last week’s live-streamed ‘See Now, Buy Now’ runway show to launch ‘Double 11’ festivities attracting over 57 million online viewers, already tripling last year’s numbers. (ECNS)

China’s third largest e-commerce platform is looking to take a more aggressive approach to expanding U.S. brand offerings. Though Vip.com boasts 6,000 brands and operates a high-end brand platform Viplux to rival Alibaba’s Tmall Luxury Pavilion and JD.com’s Toplife, China’s retail giants are relentless in battling for a bigger share of the country’s lucrative luxury market. After Vip.com became the first Chinese retailer to sponsor London Fashion Week and partner with the British Fashion Council, the company has set its sights further West and aims to triple U.S. merchandise sold to date of about $2.2 billion by 2020. (SCMP) 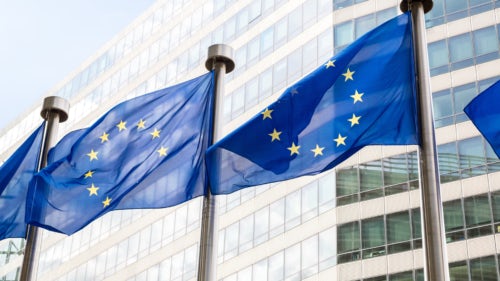 On October 29, Angela Merkel announced that she would step down as leader of the Christian Democratic Union in December following heavy losses in regional elections for her coalition. Analysts say that the German Chancellor’s exit will necessitate a new approach to Europe on China’s part, ending Germany’s role as an anchor in the EU. Where China has been attempting to foster warmer relations with the EU through Germany for years, the country “ will be most concerned about whether the new leadership in Germany can maintain the policies of the Merkel era,” according to research fellow on European issues at the China Institute of International Studies Cui Hongjian. Other observers note that the departure could signal more room for Beijing to create ties with other EU members. (SCMP)

Years of historical, cultural and geopolitical strife appear to be on the mend in the wake of Japanese Prime Minister Shinzo Abe’s 3 day stay in Beijing – the first official visit by a Japanese leader since 2011. After Abe met with both President Xi Jinping and Premier Li Keqiang, both sides agreed to set aside their differences, boost economic activity and promote free trade in the region, having signed 500 business deals valued at over $2.6 billion. The easing of tensions coincides with China’s economic rise on the World stage, and the escalating trade war between Beijing and Washington. Rumour has it that Abe has extended a personal invitation to Xi to visit Japan next June, which if accepted, will be the first visit to Japan by a Chinese leader since predecessor Hu Jintao’s trip a decade ago. (SCMP)

A Timeline: One Year of #MeToo in China

The Initium has compiled details of 38 publicised #MeToo incidents in China reported by university students and staff, media figures and business executives since May 2017. Official statistics relating to sexual assault and violence in China are limited, and cases that make it into the judicial process are few and far between. A 2017 study by the city of Guangzhou’s sex education centre revealed 75 percent of high school students and university graduates had experienced sexual assault, yet it remains difficult to obtain judicial and financial support for victims. Li Ying, founder and director of the Yuanzhong Gender Development Centre, said: “few lawyers really understand sexual assault cases and how to encourage a victim-centric process.” (The Initium)