If you think things are bad now, just wait until marketers realign their budgets with the actual media-technology consumption habits of consumers. But there’s hope, says Amy Odell.

If you think things are bad now, just wait until marketers realign their budgets with the actual media-technology consumption habits of consumers. But there’s hope, says Amy Odell.

NEW YORK, United States — Vogue recently sold $3,000 tickets to its “Forces of Fashion” conference. Hearst just started selling a yoga mat. If moves like these signify anything, it’s that sustaining a media business on advertising revenue is no longer a sure bet for legacy companies where terms like “revenue diversification” are the new “pivot to video.”

That digital content is hard to monetise at all, much less at the same rate as print, is no secret as media brands face stiff competition for ad dollars from Facebook and Google, which together account for 84 percent of all digital advertising sales outside China in 2017, according to a study by Zenith, Magna and GroupM. But the real challenge for legacy media companies, which are still highly dependent on print advertising revenue, has yet to come.

Make no mistake, there is a digital tsunami bearing down on legacy publishers. And if you think things are challenging now, just wait until marketers realign their budgets with the actual media-technology habits of consumers and pivot more decisively away from print.

In 2017, print drove only 3.3 percent of daily media consumption in the US, according to eMarketer. And yet during the same period print accounted for 16.6 percent of advertising revenue, according to the Interactive Advertising Bureau. When reality finally sets in and hundreds of millions of dollars in print advertising are diverted to digital ads that appear on computers and phones (where 44.4 percent of daily media consumption actually takes place), can legacy publishers whose fortunes are still heavily tied to print conceivably survive?

Condé Nast just reported that print revenue equalled digital revenue for the first time in the second quarter of 2018. What’s more, the company that used to brag about how much its September issue of Vogue weighed in pounds and ounces now trumpets its 20 million YouTube subscribers as a sign that things are on the right track. But the reality remains that without lucrative print revenues, legacy publishers would be in serious trouble.

Experts who work in luxury advertising don’t see print dying completely, of course. “It is a quality-controlled medium that allows a brand to express themselves in a pristine environment,” said Ian Schatzberg, co-founder of Wednesday, an agency that counts Theory and Moncler among its clients. But it’s also a smaller and smaller piece of the marketing puzzle. 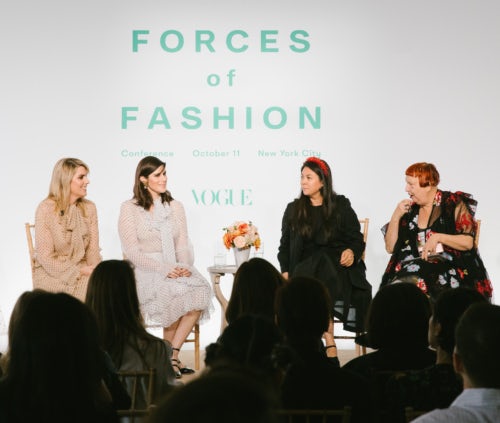 A little over a year ago, Alisha Goldstein, founder and chief creative officer of the Jane Smith agency, was working with a luxury client who wanted to do a digital buy with a magazine, but the deal fell apart. “The magazine demanded they match digital spend with print spend, and the client didn’t want to,” she said. “They’re probably seeing more and more people opting out if they demand print spend.”

Yet, top magazine brands do have something marketers will always want: desirable, targeted audiences. This is different from what digital publishers typically sell, which is scale. And for many luxury brands, reaching the right customer in a protected environment remains critical.

This is a compelling opportunity for legacy media titles, especially when you consider that the internet at large is about as unpolished an environment as can be. What could be more inviting to a brand like Rolex than a little corner of the world where everything is beautiful and a “hands and pans” video of bacon pizza crust won’t come anywhere near their brand content?

Unfortunately for legacy media executives, creating beautiful content never gets any easier. You can only cut your budget to a point before the work begins to suffer. And in an era of layoffs where a new editor-in-chief isn’t appointed without the expectation that expenditure will drop, failing to maintain the quality advertisers want could hurt them severely.

Make no mistake, there is a digital tsunami bearing down on legacy publishers.

In order to do this, magazines will have to resist doing a lot of things and focus on the few brand extensions they can do truly well. (Just because you are able to make a podcast, that doesn't mean you should, if you can't invest the time and money required to make it terrific.)

Publishers will have to do what magazines like Vogue are attempting to do with its “Forces of Fashion” conference: create a community of people who want to be bound together by the publications they delight in displaying on their coffee tables.

The formula will be different for each title. But there’s hope for legacy publishers. Consider that direct traffic accounts for nearly half of all visits to news sites, according to consulting firm Activate, which means that people are inclined to directly seek out media from reliable sources, like traditional magazine publishers. But legacy publishers will certainly have to do some soul-searching, because even competition in print is increasing. If you don’t believe me, look for Goop and Hypebeast the next time you’re at a newsstand.