This week, the fashion world caught its first glimpse of Raf Simons’ vision for Calvin Klein, raising questions about whether the designer can balance his personal aesthetic with the needs of the multi-tiered, multi-billion-dollar brand.

This week, the fashion world caught its first glimpse of Raf Simons’ vision for Calvin Klein, raising questions about whether the designer can balance his personal aesthetic with the needs of the multi-tiered, multi-billion-dollar brand.

With Couture Week wrapped, industry chatter has already turned to the next big moment on the fashion calendar: Raf Simons’ first ready-to-wear show for Calvin Klein, set to take place on the morning of February 10 during New York Fashion Week. But last Sunday — the day before the couture show of his former employer Dior — Simons provided a surprise glimpse of his vision for Calvin Klein, taking to Instagram to unveil his first collection for the brand: Calvin Klein by Appointment, a new 14-piece made-to-measure line, available at the company’s New York atelier.

The announcement, which continued on calvinklein.com, consisted of short quotes from Simons and Pieter Mulier, the designer’s right hand, and a series of images created with photographer Willy Vanderperre and stylist Olivier Rizzo, longtime Simons collaborators. Many of the images were bloodless: black and white, or shot against a pale background, accompanied by clinical shots of Calvin Klein briefs.

If the new creative assets seemed to contain traces of the brand’s iconic black-and-white images of Kate Moss and Mark Wahlberg from the 1990s, they certainly reflected a significant shift away from the kind of sexy, colourful images that populated the brand’s more recent, millennial-attuned and wildly successful #MyCalvins campaign, featuring the likes of Justin Bieber and Kendall Jenner.

By contrast, the new images featured Simons favourites like Julia Nobis and Natalie Westling, high fashion models who also appeared in Vanderperre-lensed campaigns for Dior during Simons’ time at the brand.

To be sure, the vision is cohesive and aesthetically compelling, but decidedly niche, high-brow and European for a multi-tiered, multi-billion-dollar American brand like Calvin Klein. And although the designer is democratising the company’s “by appointment” service — which was previously geared towards celebrities — making it available to anyone with enough money to spend, this seems like an unusual place to start, raising the question: can Raf really go mass?

The designer’s minimalist leanings and deep connection to youth culture align well with the Calvin Klein brand. But the scale of the business means Simons will have to think much more broadly — and collaboratively — if he is going to succeed. After all, while Calvin Klein could certainly use a design reboot, the brand’s success is largely built on a strong marketing vision, something which Simons seems to be evolving to fit his personal tastes more than anything else.

Of course, clarity of vision is why Simons was hired for the position in the first place and this could simply be the starting point for a decidedly more mass strategy yet to come. But the designer has little previous experience in mass marketing. And yet, Simons famously sought — and was granted — total creative control at Calvin Klein, resulting in the departure of several key executives, including company veterans like global creative director Kevin Carrigan and chief marketing officer Melisa Goldie, who successfully updated Calvin Klein’s powerful cocktail of youth, sex and celebrity for the age of social media, helping to drive annual revenue growth of 21 percent in 2015.

Simons’ broader plans for Calvin Klein will become clearer after he shows his first runway collection in February. He may well thrill the fashion crowd. But will his vision resonate with more mainstream consumers in America and around the world?

Donald Trump pulls trigger on protectionist trade policy. In one of his first acts in office, Trump withdrew from the Trans-Pacific Partnership between the US and 11 other nations, including Vietnam and Japan. The decision is unsurprising, but will disappoint many in fashion, who saw the TPP as a way to lower production costs and cut prices for consumers. Trump also signed an executive order to build a controversial wall between the United States and Mexico, and plans to impose a 20-percent tax on Mexican imports to finance it.

LVMH posts record profits, but Arnault sees risk in 2017. The luxury group’s full-year profits rose 6 percent to €7.03 billion ($7.5 billion) in 2016, helped by strong sales in Europe and the US. But LVMH chairman and CEO Bernard Arnault warned that uncertainty linked to Brexit and Trump could make the second-half of 2017 “more difficult.”

Condé Nast restructures business side amidst sell-off rumours. In a widely anticipated move, chief business officer and president of revenue Jim Norton announced a sweeping restructuring of the media giant’s business division, reorganising his team into two camps: brand leaders, known as "chief business officers," and category leaders, referred to as "chief industry officers." The move follows a similar restructuring on the editorial side of the business and comes amidst rumours that Condé Nast is being readied for a sale.

Couture Week wraps in Paris. John Galliano of Maison Margiela and Pierpaolo Piccioli of Valentino shone brightest at Couture Week. Galliano amplified the Margiela codes, deconstruction and an iconoclastic take on classicism, whilst Piccioli delivered a collection was both timeless and relevant to the moment. Meanwhile, Rodarte will show in Paris this season, with plans to align its runway collections with the couture schedule starting in July 2017. 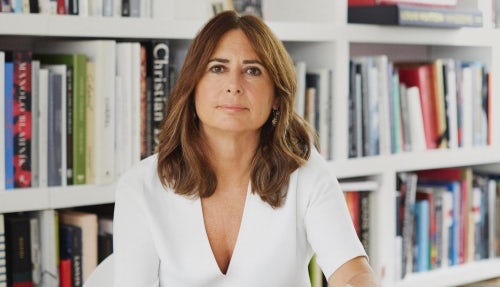 Alexandra Shulman steps down from British Vogue. British Vogue editor-in-chief Alexandra Shulman has announced that she will leave her role this June, after 25 years in the position. Earlier this month, Nicholas Coleridge announced he would be stepping down as president of Condé Nast International and managing director of Condé Nast Britain in August.

Designer Simon Spurr makes return. The British fashion designer will launch a luxury footwear brand named March NYC. Spurr, who has worked in the menswear industry for two decades with companies like Calvin Klein, Ralph Lauren and Yves Saint Laurent, launched a menswear label in 2006 but walked away from the venture in 2012.

Hanne Gaby Odiele comes out as intersex. The fashion model revealed to Vogue’s Lynn Yaeger that she is intersex, born with characteristics that do not fit the typical binary definitions of male or female. “In this day and age, it should be perfectly all right to talk about this,” said Odiele, who plans to encourage more open conversation on the topic.

Vestiaire Collective raises $62 million. The fashion resale site has raised $62 million to fuel expansion into new markets and reinforce customer acquisition amidst increasing competition in the online “re-commerce” space. The Series E round was led by Vitruvian Partners with the participation of existing investors Eurazeo and Idinvest Partners. Vestiaire Collective is the first French investment for Vitruvian, a European private equity firm which also has a stake in Farfetch.

Kevin Systrom discusses Instagram’s reinvention. Systrom and head of product Kevin Weil explained how the platform’s need to fend off Snapchat and become more casual, authentic and personal drove major updates to the product, including the introduction of Instagram Stories, a feed ranking algorithm, live video broadcasting and ephemeral messages.

Alibaba raises full year forecasts. China’s biggest e-commerce company raised its full year sales forecast to 53 percent, up from its previous forecast of 48 percent, after it posted another quarter of sales growth helped by strong demand from Chinese shoppers. Alibaba reported sales of ¥53.2 billion ($7.8 billion), exceeding analysts expectations, and said it expected further revenue in the coming year to be driven by new areas of business like cloud computing, entertainment and search, as well as a longer term strategy to expand into the US market.