Consumers' Priorities Have Changed. Can Fashion Keep Up?

This week, everyone will be talking about the return of climate activism, more financial results from luxury brands and retailers experimenting with reopening stores. Get your BoF Professional Cheat Sheet.

Consumers' Priorities Have Changed. Can Fashion Keep Up?

This week, everyone will be talking about the return of climate activism, more financial results from luxury brands and retailers experimenting with reopening stores. Get your BoF Professional Cheat Sheet.

Sustainability Takes a Back Seat 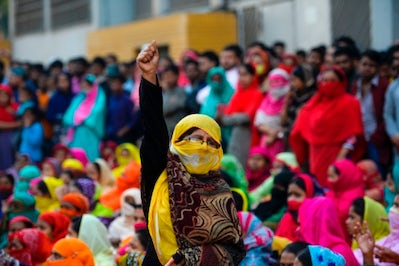 A Bangladeshi garment worker during a demonstration to demand higher wages in Dhaka | Source: Munir Uz Zaman/AFP via Getty Images.

This year began with an intense focus on reducing the fashion industry’s environmental impact, with the Australian wildfires serving as a rallying cry. That feels like a distant memory now; many brands are in survival mode, while consumers fear for their health and their livelihoods. Climate change and fashion's waste problem haven't gone away, of course, and activists will this week converge  — virtually — at a two-day summit where  industry leaders will speak on topics related to the UN's sustainable development goals. Fashion Revolution Week also incorporates labour issues, which are a hot topic as mass layoffs and tales of Covid-19 infections inside e-commerce distribution centres spark consumer outrage.

The Bottom Line: The coronavirus pandemic is likely to mark a watershed moment for labour rights, for better or worse. Labour is a tempting target for cost cutters, but activists are trying to ensure that consumers remember how brands treated their employees.

Luxury’s Heavyweights Could Come Back Stronger 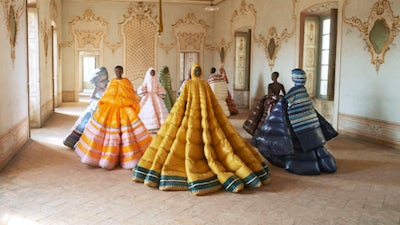 Hermès made headlines recently when WWD reported its flagship in Guangzhou registered $2.7 million in in sales in one Saturday. The luxury market is counting on that kind of “revenge spending” sales spike as stores in Europe and the US remain closed. Last week, LVMH reported a 15 percent decline in first-quarter revenue, and the group said it is cutting costs while preparing for more instability. This week some of the luxury group's biggest rivals have their turn, offering a fuller picture of the state of the luxury market.

Kering, Moncler and Hermès should be able to navigate the initial phase of the crisis with minimal long-term effects compared with struggling wholesale retailers and mass brands. Unlike smaller players, they have eased their reliance on wholesale partners over the last decade, and still make the bulk of their revenue from a few key handbag designs that might continue to appeal to the global 1 percent in an uncertain economy. Plus, they have the cash on hand to survive without resorting to flash sales.

The Bottom Line: The sector’s leaders are likely to come out of the pandemic controlling even more of the market than before.

When Will Physical Retail Reopen? 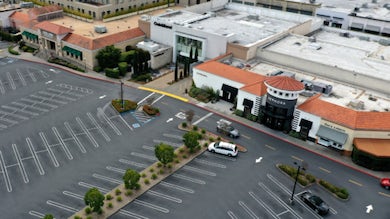 BoF doesn’t normally report on small-town malls in the Midwest, but Nebraska Crossing Outlets outside Omaha might for a brief time be one of the most important retail spaces in the western world. The New York Times reported last week that the shopping centre plans a soft reopening on April 24, making it among the first outside Asia to welcome customers since lockdowns became the norm in March. It's not clear whether brands like Nike and Kate Spade New York will actually reopen their stores at the Nebraska outlet mall. But as the lockdown's economic effects worsen, some businesses may be tempted to risk reopening as soon as their local governments allow.

The Bottom Line: It's questionable whether the elaborate health protections being deployed in Nebraska are scalable, or sustainable, over the long term. Retailers will need a strong e-commerce game to get through the next year.