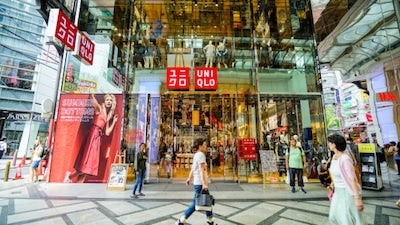 Uniqlo could make a plausible case that it’s a victim of climate change. The Japanese retail giant dialled back its full-year outlook in April after an unexpectedly warm winter saddled the company with ¥44.8 billion ($400 million) of unsold sweaters, Heattech garments, puffy coats and other apparel. We'll find out with fresh results this week whether this was a temporary stumble or a sign of larger problems. Fast Retailing is in the middle of an ambitious plan to fully integrate its digital and brick-and-mortar operations, which span thousands of stores in about 20 countries. The company is squeezing efficiencies out of its supply chain, automating more warehouse functions and redesigning stores to handle online orders and cater to local tastes. It’s also beefing up its customer data analytics so next time customers shed their winter coats early, Fast Retailing won't be caught by surprise.

The Bottom Line: Uniqlo's ability to quickly incorporate new technologies and retail trends has helped it avoid the inventory problems of H&M or declining sales of Gap. 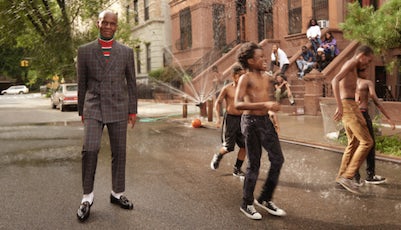 In the 1980s, Dapper Dan popularised the idea that knockoff (or, as they became known, knock-up) Fendi and Louis Vuitton logos could be stylish too, setting in motion trends that have come to define both streetwear and luxury fashion. His tailor shop on 125th Street in Harlem closed in 1992, and it took another 25 years before the luxury industry embraced him, when Gucci helped reopen his atelier and collaborate on a collection (though even these gestures came only in the wake of accusations the brand ripped off Day's work). In the interim, luxury embraced streetwear, especially the logos. And the industry has faced increasing pressure to acknowledge its cultural debts, rather than simply appropriating underground art for financial gain. Day's memoir will cover seven decades, from his experience growing up in Harlem in the 1940s and 1950s to his work with hip-hop legends and athletes in the 1980s to his partnership with Gucci.

The Bottom Line: Day's memoir is no mere history lesson. As one of the most influential black voices at Gucci — and therefore the fashion industry as a whole — he has played a pivotal role in guiding the brand's approach toward other cultures and taking it to task when it fails. 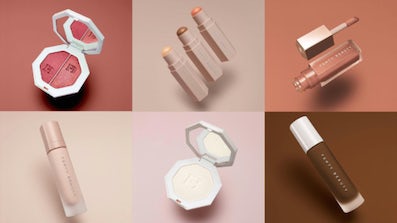 Fenty Beauty managed to surpass €500 million in annual sales without entering the world's second-biggest cosmetics market. That may be about to change. The LVMH-backed, Rihanna-fronted beauty line recently opened an account on the social media app Weibo, a necessary step for any Western brand looking to sell directly to Chinese consumers. Though it has yet to post, the account follows Xiaohongshu, an e-commerce site. But though Fenty took the US and Europe by storm, success in China is by no means assured, BoF's Aijing Wang reports. For starters, Fenty has made a splash with its 40 shades of foundation; diversity doesn't sell as well in China, which is relatively homogenous compared with the US. Regulations mandating animal testing for cosmetics are another roadblock for cruelty-free Fenty, though China appears to be slowly loosening these requirements.

The Bottom Line: Fenty will have plenty of competition in China's red-hot beauty market, where Western brands like Estée Lauder, L'Oréal and Chanel (which added Tmall to its Chinese distribution channels earlier this month) are well-established. 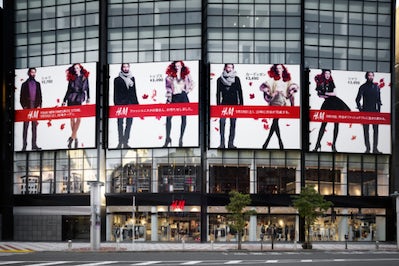 "The moment you lose sight of what the customer wants you lose big time." @andrewjgrimes2021, commenting on "Inside H&M's $4 Billion Inventory Challenge."