LONDON, United Kingdom — When Alexia Inge and Jessica Deluca co-founded Cult Beauty 10 years ago, the duo were sick of traditional brick-and-mortar stores. “We were just two very frustrated customers,” said Inge. “I hated the department store experience because it was based on commission and retail associates often pushed one brand only. The only people selling beauty products online back then were salons getting rid of old stock, or cheap sites that were bubble-gum pink horrors. I looked and just thought, this is not how people consume beauty.”

In June 2008, inspired by the ‘Best Beauty Buys’ pages of InStyle — a shopping guide of make-up, skincare and haircare products handpicked by industry experts — Inge, a former journalist and PR, and Deluca, who had worked for investment banks in New York and London, set about building a bespoke online platform championing what they believed were the best independent and niche beauty brands from a basement flat in Islington, North London, with only £16,000.

The idea was that Cult would offer “a cherry-picked selection,” said Inge, “like a beauty hall of fame that you can shop.” Initially, the products were selected by a panel of cosmetics and skincare experts. “We wanted to make sure we had the best of the best, so we started by asking them to recommend their top 10 products, although they weren't allowed to suggest any brands they were financially tied to.”

Customers can trust what we’re recommending and that’s our most precious commodity as a brand.

With a clean, sophisticated aesthetic designed to resemble glossy magazines, the website has grown to become a go-to destination for beauty insiders, stocking under-the-radar brands like Lime Crime, Alpha-H, Ouai, Tata Harper, Sunday Riley and Anastasia Beverly Hills. The latter has been “an insane success,” according to Inge. “We brought them to Europe. We were one of the first people to sell them here.”

To date, Cult has raised three rounds of funding — in July 2011, June 2012 and November 2014 — raising a total of £1.75 million (about $2.42 million) from investors including early Net-a-Porter investor Carmen Busquets. “The business is now cash-flow positive,” said Cult Beauty chief executive Murray Salmon, who led the first round of funding when he joined the start-up in 2011 from Net-a-Porter.

According to Salmon, Cult Beauty generated revenue of £37.6 million (about $52 million) and an EBIT of £3.6 million for the fiscal year ended May 31, 2017. The retailer also took seventh place on the Sunday Times’ latest Fast Track 100, an annual ranking of Britain's 100 private companies with the fastest-growing sales over their latest three years. For the year ending May 31, 2018, the company expects a turnover of £68 million. “By our official 10-year anniversary in June 2018, we will be in excess of £100 million in revenue,” he said.

The Most Trusted Beauty Site

Cult Beauty’s ascent has a lot to do with its approach to merchandising. “It’s easy to forget that when Cult launched, there was a real scarcity of curated and considered online beauty edits. There were rudimentary retailer-adjunct websites and individual brand websites, neither of which were able to replicate that unique sense of discovery that defined shopping for beauty in bricks-and-mortar stores,” said Joanna McGarry, a brand consultant and former Stylist beauty director. “Cult Beauty is for the grown-up beauty enthusiast [who isn’t] sold on gimmicks and willing to spend on what is effective and high quality.”

When deciding which products or brands to sell on Cult, performance trumps price. “Of course, it has to be a good economic decision for us to sell it and make enough margin on it,” Inge explained. But equally importantly, “it has to be one of those brands where you want to cut open the packaging and scoop out that last little bit of product and use it down to the end, because it’s that good.” 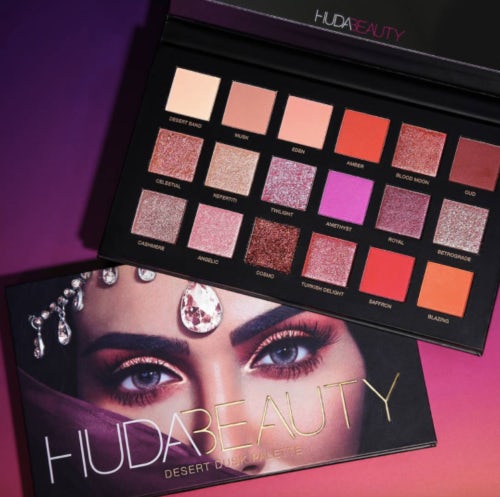 Clean beauty brand Tata Harper launched on Cult Beauty in 2013 when “a lot of other retailers were not sold on the notion of ‘natural beauty’ quite yet,” said Tata Harper, the eponymous founder who refuses to use synthetic chemicals in her products (Gwyneth Paltrow is a fan). “Cult took the leap knowing the natural beauty category would be the next big movement within the luxury skincare market.” According to Harper, the partnership has been fruitful and today, Cult is the #1 seller of the brand’s purifying cleanser.

“I believe that buying beauty products is an emotional transaction — people buy something they feel they can’t live without and that changes how they feel about themselves,” said Huda Kattan, the Dubai-based founder of global beauty empire Huda Beauty, which launched on Cult Beauty in November 2015. “I saw an opportunity to partner with a retailer whose DNA was a genuine fit with ours. Cult consumers are obsessed with our sell-out liquid mattes, eyeshadow palettes and highlighters.”

While Cult’s product picks have built a devoted legion of customers that keep coming back, they have also served as inspiration for buyers at retailers such as Selfridges, who often check whether a brand or product is stocked at Cult before making big buying decisions, according to sources close to the London department store. “Our returning customer rate is high because once they come, they find that they can trust what we’re recommending and I think that’s our most precious commodity as a brand,” added Inge.

Having a tight inventory has contributed to Cult’s success. “When I was at Net-a-Porter, we were ordering seasons in advance. The financial commitments are very different. There’s lower working capital requirements in beauty, it’s a different kind of business,” said Salmon, explaining that Cult’s average stock holding is about 60 days [compared to 120 days in the industry]. “In fashion you have a limited amount of time to sell full-price and then it drops considerably, whereas in beauty, which is a more of a re-ordering-style business, you don’t have the same price and sell-through expectations.”

It was this very ethos against discounting and “no-nonsense approach to beauty” that attracted Michelle Doherty, the founder of Alpha-H who pioneered the use of glycolic acid in skincare, to sign up to Cult when it launched. Today, Alpha-H remains one of the most popular brands on Cult with bestsellers such as its ‘Liquid Gold,' a powerful overnight serum. “In 2017, we sold over 8,000 units of Liquid Gold and a total of 23,500 units of products on Cult Beauty,” said Doherty.

In a world where everything is readily available, telling someone they can’t have something is a strong marketing tool.

Limited-edition products and packages have also been a key driver of sales for Cult, which launched its first beauty box four years ago, containing six products and priced at £140 per box. 1,000 of Cult’s first beauty boxes sold out instantly, netting the company over £100,000 within the hour. “I remember reading about Hermès handbags and its long waiting lists,” said Inge. “In a world where everything is readily available — and pretty much within an hour if you live in certain areas of the world — telling someone they can’t have something is a strong marketing tool.”

Cult now releases two to three beauty boxes a year. The last one for Christmas was priced at £220 per box, while the latest box, which drops in April, will cost £150.

While many companies have long seen customer service as an additional overhead cost, Cult sees it instead as a major value-driver.

“When we first launched Cult Beauty the sort of questions we would get would be ‘I’ve got dry skin, what kind of moisturiser should I use?’ Now, they're like ‘What size molecule is in that hyluronic acid? Does the product penetrate you epidermis? Our customer service department has definitely changed to keep up with this level of knowledge,’ Inge laughed. “When someone’s interviewing for a job I always ask them to take me through their beauty regime. If there isn’t a spark in their eyes as they begin to explain, I’m not interested.” 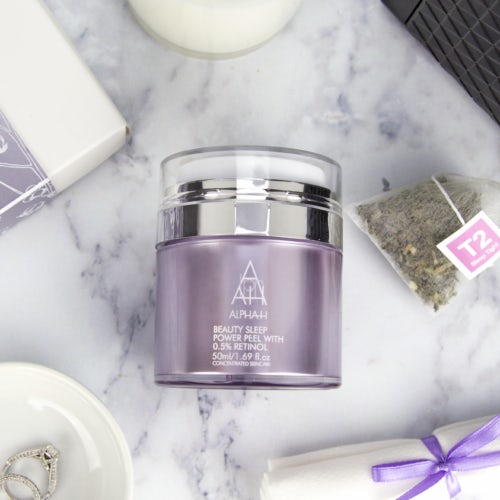 One of Alpha-H's top-selling products on Cult | Source: Alpha-H

“There’s that Silicon Valley saying: hire fast, fire fast. But if you want to run a sustainable business, I don’t think that works,” explained Salmon. “As we’re growing, I don’t want to employ someone unless they’re really going to bring something to the team.” Sometimes that means a vacant role for six to eight months, said Inge. “But it’s so important that it’s the right person. If you have to talk yourself into it, don’t ever say yes. We learned that early on with a few mistakes.”

“Online has become a mainstream retail channel for beauty, but consumers still put a lot of emphasis on trying on beauty products before they buy. Retailers with an online-only presence have had to remove this barrier and build their reputations through customer experience,” said Alex Fisher, senior beauty analyst at Mintel, a market intelligence agency. “However, as this becomes the industry standard, online-only retailers need to offer something more unique.”

Looking ahead, Cult is focused on internationalisation. 40 percent of the company’s turnover in 2017 was generated overseas, driven by growth in markets such as the Middle East, despite that it only offers one language, one currency and one checkout. “Our initial focus will be currencies,” said Salmon, although did not reveal which geographies were being considered. “We’ve always taken the view that we’ll be led by where our customers are. If we had gone out and said ‘we want to crack, say, the US market,’ that would put us in a handcuffed position, because markets surge and drop over time.”

“The business for us is patience. Being privately owned means we don’t have people hammering on the door saying ‘you’ve got to have this growth rate,’” said Salmon, noting that the company has been frequently asked if a physical store would one day be on the cards. “There’s still a huge amount of growth we can sustain without considering bricks-and-mortar,” he continued, noting that they were exploring the possibility of launching a loyalty programme or an app.

Both Salmon and Inge said they would be open to selling the business one day with the right partner. “I don’t think that’s going to be a surprise to anyone. We view it as a partnership with someone who will bring in money, experience or an allowing an exit for some of our shareholders,” said Salmon. “I believe that if you surround yourself with the right people and keep yourself grounded, you’ve got a great chance.”

Why LVMH May Become a Bigger Beauty Player