The rise of global markets and social media have changed the equation on cultural sensitivity. It’s time for brands to catch up.

This week, videos of people burning, shredding and wiping floors and toilets with Dolce & Gabbana products filled Chinese social media platforms after the release of an ill-advised marketing video featuring a Chinese model attempting to eat Italian food with chopsticks that many saw as racist. The response was only worsened by offensive comments published on Stefano Gabbana’s personal Instagram account, which referred to China as a “country of shit” using a colourful emoji. (The brand claims his account was hacked, though Gabbana has a history of posting controversial and culturally insensitive comments on social media.).

The outcry forced the cancellation of the Italian fashion house’s 500-look runway spectacle in Shanghai on the very day it was meant to take place as celebrity guests and models pulled out in protest. Police and security guards were posted outside Dolce & Gabbana stores in Beijing and Shanghai. China’s Ministry of Foreign Affairs even released a statement saying it would not raise the matter diplomatically, but the voice of the Chinese public should be heard.

By Thursday, the PR storm had already hit Dolce & Gabbana’s business, indicating that its cultural stupidity could prove costly, as the brand’s products were removed from sale by the stores and websites of major third-party sellers. China’s biggest e-commerce giants stopped carrying the label, as did global luxury e-commerce leader Yoox Net-a-Porter, which counts Dolce & Gabbana among its top-selling brands. It’s too soon to gauge the long-term implications of the label’s blunder, but it’s safe to say that the short-term sales impact could be significant.

China is a hugely important market for luxury labels. According to Bain & Company, Chinese consumers account for about one-third of total luxury goods spend in the world, a share that is likely to hit 46 percent by 2025. Dolce & Gabbana did €1.296 billion in revenue in the financial year ending March 2017. According to sources, the brand's exposure to the Chinese market may be significantly less than luxury peers and product boycotts don’t typically last that long, but even if Chinese customers only account for 20 percent of Dolce & Gabbana’s total sales and half of those were to evaporate due to a longer-lasting boycott, that’s €129 million in lost revenue.

The events are a rude awakening for the fashion industry: every brand operating a cross-border business has to respect the culture and people of other countries.

On Friday, Dolce & Gabbana posted an apology to Chinese social media, saying: “In these last few days we have reflected on what our words and actions have brought the Chinese people and country, and feel extremely sad. Our families have always taught us to respect the different cultures of the world and would like to ask for your forgiveness where we erred in interpreting yours.” But the fact that it took so long for the company to issue a full apology is concerning, and the top comments on the post have been largely negative.

Of course, the broader issue here is by no means limited to Dolce & Gabbana’s missteps in China. The rise of global markets and the power of social media have fundamentally changed the equation on cultural IQ, forcing companies to rethink the way they operate or risk a dangerous digital backlash that can torpedo a brand overnight.

"My colleagues and I have been closely following the news about Dolce & Gabbana — we were all shocked and find it unacceptable," said Elle China chief executive and editor Xiao Xue. "The events are a rude awakening for the fashion industry: every brand operating a cross-border business has to sincerely respect the culture and people of other countries. This is a prerequisite for doing business the right way."

Western fashion brands certainly need more globally-minded leaders with a deeper understanding of the multicultural tapestry that increasingly makes up the markets they serve. This often comes down to diversity. Fashion companies rely on markets like China for a huge percentage of sales and yet how many have Chinese leaders on their executive committees? Greater cultural representation at the top table is a must for any modern organisation.

As the Dolce & Gabbana scandal mounted, several fashion industry leaders in China also emphasised the importance of listening to local teams, implying that Western brands were far too dependent on decision-making dominated by headquarters in Europe or the US. According to sources, members of Dolce & Gabbana’s local team in China warned the Milan-based company not to proceed with the marketing campaign that sparked the uproar but were overruled.

“As I have voiced time and again publicly and privately, Western brands seeking to enter and expand in China should be aware of Chinese cultural sensibilities,” said Vogue China editor Angelica Cheung to Women’s Wear Daily. “Instead of dictating everything from head office, they would gain a lot from listening to the opinions and insights of their Chinese teams.”

Shanghai-based public relations and event planning guru Melvin Chua, who worked on this week’s cancelled Dolce & Gabbana show, issued a similar sentiment on Instagram: “Respect, listen, engage with your local brand colleagues,” he wrote. “Just because they are nice does not mean you can or should walk all over them. Their success is your successes. And events from the past few days clearly demonstrates the detriment in not doing so.”

Greater cultural IQ also needs dedicated, senior-level advocates. Earlier this year, Swedish fast-fashion giant H&M faced a barrage of criticism after publishing a marketing image in which a black child modelled a hoodie emblazoned with the text “coolest monkey in the jungle.” The image was deemed racist by many in the US, South Africa and elsewhere. But after apologising the company made a commitment to appoint a diversity leader to champion change, naming Annie Wu its global leader of diversity and inclusiveness.

This week, the company also named Ezinne Kwubiri its first-ever head of inclusion and diversity for North America to champion diversity and the elimination of bias around race, gender, age, sexual orientation and disability. 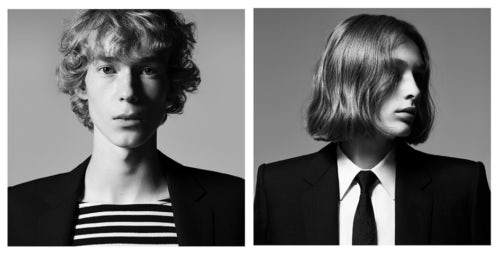 Celine to join menswear show schedule. The brand will show in Paris in January 2019. However, a date has not yet been set and it is not yet known whether the brand will present solely menswear, or whether artistic director Hedi Slimane will include womenswear as per his debut show. The move is indicative of parent company LVMH's shifted focus towards the burgeoning menswear market, which LVMH chairman and CEO Bernard Arnault is betting on as a key driver for Celine.

L Brands shares fall after cutting dividend. The company slashed its dividend by half this week and named a new chief executive for its Victoria's Secret lingerie brand, sending the apparel retailer's shares down 6 percent in extended trading. Sales at Victoria's Secret stores that have been open for at least a year fell 2 percent, but were better than analysts' average estimate of a 4 percent decline. Net sales rose 6 percent to $2.77 billion, also topping estimates.

JD.com feels pressure as sales of big-ticket items slow. The Chinese e-commerce company reported slower sales impacting on third-quarter growth. While revenue rose 25 percent, it fell short of analyst forecasts and was below previous growth rates, which peaked at over 60 percent in 2015. Concerns over the Sino-US trade war and a legal allegation facing its chief executive have pushed down JD.com shares by more than 44 percent this year compared to rival Alibaba Group's 11 percent drop.

Global Fashion Group said to prepare for IPO. The online fashion retailer set up by German e-commerce investor Rocket Internet and Sweden's Kinnevik is planning a stock market flotation, sources said. According to reports, GFG had already mandated investment banks, including Morgan Stanley and Goldman Sachs, to prepare for a possible listing in March, and the management team was meeting investors in London.

David's Bridal files for chapter 11 bankruptcy in Delaware. The Pennsylvania-based retailer's court filing lists liabilities of more than $500 million and assets of more than $100 million. David’s signed a restructuring support agreement that could speed the company through bankruptcy in a matter of weeks, with major store closures not expected. The company had more than 300 outlets in the US, Canada, UK and franchise locations in Mexico as of mid-year.

At J.C. Penney, everything’s on sale. The retailer is pushing to get rid of as much of its outdated inventory as possible with a view to being able to attract more customers with a more refined product selection. The company has almost $4 billion of debt, the majority of which comes due between now and 2025, and while management says it’s comfortable with the debt maturity profile, investors are not so sure. 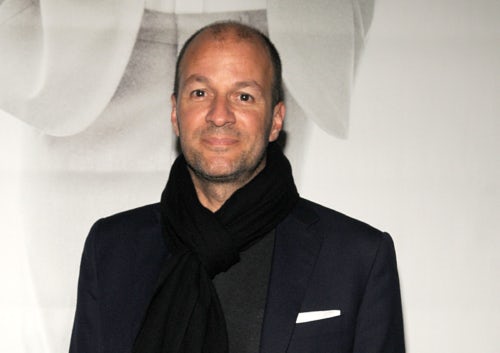 J.Crew chief executive Jim Brett is leaving the company. Brett, who joined the ailing speciality retailer in July 2017, was in the midst of a turnaround plan that led to clashes with the board. A committee of four senior executives will assume his responsibilities until the company finds a replacement.

Glamour ceases print publication. After nearly 80 years, the monthly print edition of Condé Nast’s Glamour women’s magazine is ending. The move is part of a general belt-tightening at the publisher, which lost more than $120 million last year and has sought buyers for three of its magazines, Brides, Golf Digest and W. Glamour’s last regularly published print edition, the January 2019 issue, is scheduled to hit newsstands next week.

Instagram cracks down on services that sell 'likes' and followers. The social media platform says that it will no longer allow inauthentic follows, likes or comments from accounts that use third-party apps to boost their popularity. The company has built machine learning tools to monitor and spot accounts growing artificially. Parent company Facebook is under increasing pressure to regulate platform activity, which may explain the crackdown.

Amazon launches pop-up in Spain. The world's largest online retailer opened its first pop-up store in one of Madrid's prime shopping districts, selling everything from clothing to electronic goods. Similar stores will open in Italy, Germany and Britain. The pop-ups illustrate how Amazon is increasingly turning to physical stores to attract and keep customers.