It’s been one year since Raf Simons took creative control of Calvin Klein. Is it working?

It’s been one year since Raf Simons took creative control of Calvin Klein. Is it working?

It’s been one year since Raf Simons started at Calvin Klein. Last August, the Belgian designer took charge of the American fashion behemoth’s entire creative output, including men’s and women’s ready-to-wear, denim, underwear, fragrance and homewares, as well as all marketing and communications, a degree of control not held by one person since the departure of Mr Calvin Klein himself, who retired in 2003, a year after selling the company to apparel giant PVH, then known as Phillips-Van Heusen.

Simons celebrated the anniversary with a major feature in Vanity Fair. “What I want to say about Calvin’s heritage and its marketing power is that I need to abstract it in my head and then see how I’m going to deal with it,” he told the magazine. “If you ask me about Calvin’s clothes, I’m not actually looking into that much right now. It’s not because I don’t want to be respectful. It’s more to protect myself, because I think I have a clear point of view of where I want to go with it. What I feel more important for myself is to take his guts. I think he was a man with a lot of guts.”

Since taking the reins, Simons has certainly approached his assignment with guts, reimagining Calvin Klein’s controversy-baiting cocktail of youth, sex and celebrity through a more artistic, high-brow lens, prompting some to wonder whether he could balance his personal aesthetic with the needs of a multi-tiered, multi-billion-dollar brand.

Calvin Klein was far from broken when Simons took charge. In 2016, the brand generated $3.1 billion in sales revenue, up 7 percent from 2015, with earnings before interest and taxes of $483 million. But while product design in core categories like denim, underwear and sunglasses remained strong, the brand had become creatively stagnant, hence the appointment of Simons. There was much to lose, however, if the new formula didn’t work, and the designer’s approach must surely have made executives in the C-suite at PVH a bit nervous. How would his arty aesthetic resonate in a Midwestern shopping mall, let alone a middle-class suburb in Mumbai, Sydney or Shanghai?

Simons wasted no time in revamping Calvin Klein’s designer ready-to-wear offering, rechristening it Calvin Klein 205W39NY after the street address of the company’s headquarters. While the moniker was unwieldy, the clothes were exciting. His first designer collection, unveiled in February at what was by far the most hotly anticipated show of New York Fashion Week, impressed critics. “With this debut collection, Simons underscored the brand’s enduring contemporaneity, unabashedly injecting [Helmut] Lang’s challenging essence into the veins of the American heartland, acknowledging its profound, polarising but seductive oddness,” wrote BoF’s Tim Blanks. Retailers were also enthused. The collection is being carried by roughly 300 stores this autumn, up from a mere 34 stockists before Simons’ arrival. Major department stores like Neiman Marcus and Saks Fifth Avenue have placed orders, along with powerful e-commerce players like Net-a-Porter and MatchesFashion.

If Simons’ primary mission was to boost Calvin Klein’s creative energy, there is early evidence that his tenure is off to a promising start.

If Simons’ primary mission was to boost Calvin Klein’s creative energy and designer status, there is early evidence that his tenure is off to a promising start.

But designer clothes do not make a material contribution to the overall Calvin Klein business; the question remains whether the brand’s new creative heat will ultimately translate into wider brand buzz and drive sales of jeans, underwear and fragrance, which together account for the lion’s share of the company’s revenue.

Calvin Klein has long been a player on the red carpet with its “By Appointment” service. Under Simons, it has been reimagined and raised to a couture-like level, leading to spectacular red carpet moments with A-list actors, including Julianne Moore, who wore Calvin Klein to the Met Gala, and Nicole Kidman, who wore the label at the Cannes Film Festival. But since Simons took control, there is little evidence the brand is consistently generating increased buzz. Other than a spike around its runway show in February, which helped the brand clock up $16.6 million in earned media value in that month alone, Calvin Klein’s earned media value has been fairly flat over the last year, according to Tribe Dynamics, a marketing technology firm.

In the first quarter of 2017, Calvin Klein generated $756 million, up 5 percent year-on-year, a respectable if unimpressive performance in a luxury market where competitors like Kering and LVMH are reporting much stronger results. But it takes many years for the arrival of a new designer to be felt at a business as large as Calvin Klein, and it’s much too early to judge the full impact of Simons’ appointment on the bottom line.

One thing’s for sure, however: following an exodus of buzzy labels like Thom Browne, Altuzarra, Proenza Schouler and Rodarte, which have all moved their shows to Paris, come September, Simons will practically own New York Fashion Week.

Aldo acquires the Camuto Group. The Camuto family, who have operated the business since the death of its eponymous founder, Vince Camuto in 2015, will continue to run the company. The terms of the deal were undisclosed. The acquisition presents an opportunity for Aldo to expand its footprint amid growing competition. The Camuto Group produces shoes for brands including Tory Burch and Jessica Simpson Collection. The deal is one of a string of mergers that are reshaping the fashion industry.

Kering and Alibaba join forces to battle counterfeit goods. The French luxury group has dropped a lawsuit filed against the Chinese retailer and Alipay, its subsidiary. Instead, they will establish a joint task force, working together to combat counterfeiting and safeguard intellectual property rights. The news follows a lawsuit filed in 2016 by Gucci, Saint Laurent and other brands accusing Alibaba of promoting fake goods, which a US judge dismissed.

Yoox Net-a-Porter Group sales hit €1 billion. The luxury e-commerce company’s mobile platform accounted for more than half the sales in first-half earnings. Second quarter sales rose 20 percent, in line with the company’s annual growth guidance, while shares in the group rose 30 percent amid an industry rebound after a period of slow growth. Forecasts show luxury e-commerce will remain the fastest-growing channel for high-end products through 2020.

Hudson’s Bay urged to sell Saks Fifth Avenue. A shareholder of Land & Buildings, which owns almost 5 percent of Hudson’s Bay Co., has urged the Canadian company to unlock shareholder value by selling off Saks or going private and focusing on its real estate holdings. The move comes as Amazon ramps up its fashion business, and according to experts, could well become a surprise prospective buyer. In an unexpected power play for the online grocery market, the e-commerce behemoth acquired Whole Foods last month.

Adidas sales rise 19 percent. The core Adidas brand has grown by 21 percent, taking market share from competitors Nike and Under Armour. The results follow the announcement of a collaboration with artisanal Japanese sneaker label Hender Scheme. The bumper sales growth comes as rival Nike faces a new wave of anti-sweatshop protests and is cutting 2 percent of its workforce.

WME-IMG to receive investment of $1.1 billion. The agency will receive the funding from the Canada Pension Plan Investment Board and Government of Singapore Investment Fund, which will bring its value up to $6.3 billion. Majority owner of WME-IMG, Silver Lake Partners, has so far invested $750 million in the group. They said the investment will enable further acquisitions and possible buyouts from minority partners.

Under Armour prepares to restructure as stocks slump. Shares fell by 8.5 percent in the worst tumble since January, after the company cut its annual sales forecast amid growing competition from Nike and Adidas. The label also reported a 2 percent decline in footwear revenue for the quarter after attempting to sharpen its sneaker lineup, and has eliminated around 2 percent of its workforce.

Stone Island sells 30 percent stake to Temasek. The investment from Singapore's sovereign wealth fund, for an undisclosed sum, will support the Stone Island brand's global expansion. It is the latest fashion investment for Temasek, which last year contributed to Farfetch's $110 million Series F funding round, and has also invested in Moncler and Dufry. It is understood the investment will help the Italian men's sportswear brand expand its reach globally.

Vogue announces consumer-facing conference. To mark its 125th anniversary, American Vogue announced on Wednesday that it will host its first conference, “Forces of Fashion,” at Milk Studios in New York on October 12. Guests will include Dries van Noten, Marc Jacobs, John Galliano and Instagram’s Kevin Systrom. It comes as Vogue’s parent company Condé Nast focuses on experiences in the face of declining revenue from print advertising. 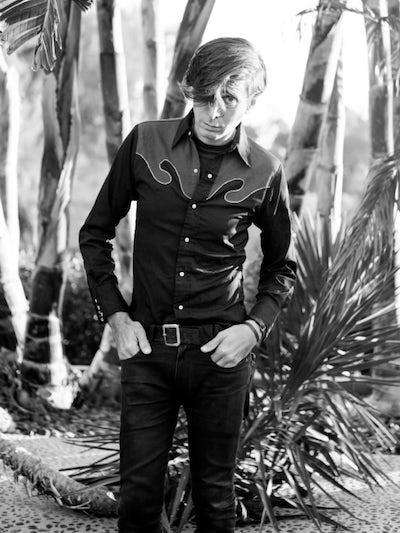 Hedi Slimane won’t rule out a return to design. In an interview with Vogue Italia that was published on BoF, the photographer and ex-Saint Laurent designer said: “Going back to design will always be an option, as long as I stay loyal to my principles and keep protecting the integrity of my work.” Slimane left Saint Laurent in April 2016 after a four-year tenure that successfully turned the brand into a star performer of parent company Kering’s portfolio.

Calvin Klein flagship gets a Sterling Ruby makeover. Artist Ruby, a longtime collaborator with Calvin Klein chief creative officer Raf Simons, has filled the three-floor space on New York’s Madison Avenue with bright yellow paint and scaffolding. The installation coincides with the in-store arrival of Simons' debut collection for the brand. Simons told BoF that the goal was to create a physical experience that represented a deep connection to his collections.

Nicholas Kirkwood designs handbags for the first time. The bags, produced in partnership with fine jewellery house Bulgari, will be priced upwards of £1,990 (around $2,600). The collaboration is also the British designer’s first since his brand was acquired in 2013 by LVMH — the same parent company as Bulgari — and represents an opportunity for the designer to expand into accessories beyond footwear.

Dior, Dolce & Gabbana and Louis Vuitton are the brands with best engagement on Instagram Stories. The ranking of fashion industry accounts with the highest engagement rates on Instagram’s Stories feature was topped by model-actress Emily Ratajkowski and influencer Chiara Ferragni. The list was released to mark the first anniversary of Stories. Facebook-owned Instagram also revealed that users under the age of 25 are spending an average of 32 minutes per day on the platform. Since its launch, Stories’ daily audience has reached 250 million, surpassing its rival Snapchat.

Uniqlo launches airport vending machines. Travellers at Oakland Airport in California can now purchase the Japanese apparel giant’s Heattech tops and UltraLight down jackets via “Uniqlo to Go” machines. Stock will change according to local consumer preferences and the seasons. The company hopes to reach a new audience with the concept, which will roll out across nine US airports, including New York and Los Angeles. Uniqlo has been struggling to gain a foothold in the US, after reporting operating losses in 2017.