NEW YORK, United States — One week into Pride Month and, like clockwork, brands find themselves embroiled in controversy.

Take beauty subscription company Ipsy, which posted a video last weekend that featured YouTube personality Cassandra Bankson alluding to trans women and “authentic cisgendered women,” inviting a barrage of social media criticism and negative press. Ipsy deleted the video the video, apologised and announced that it had reached out to four organisations to "learn how we can be a better ally."

Then there’s Nike, whose 2018 BETRUE collection was inspired by the pink triangle, a symbol the Nazis used to identify gay prisoners in concentration camps during World War II.

“The triangle is combative, political, and angry,” Instagram account @LGBT_History posted Friday in reference to the collection. “It’s not to say that we can’t use in fun or ironic ways, but corporations should tread very lightly in using it.”

While Nike has not issued a public statement, the brand exchanged messages on Twitter with Act Up New York.  A portion of the proceeds from BETRUE sales will go to LGBTQ causes, though this year's beneficiary has yet to be announced.

In 2018, a corporation crafting a marketing campaign with an activist tinge is hardly unusual. Brands expressing solidarity with popular causes — feminism for International Women’s Day, for example — is routine. Nike has long been an advocate of LGBTQ rights; its annual BETRUE pride campaign debuted in 2012. Under its Equality initiative, the company has donated $2.7 million to LGBTQ organisations, including GLSEN and Outside In, and mounted similar advocacy efforts such as its N7 fund that benefits Native American and aboriginal communities.

When it works, the strategy can boost a brand’s appeal, particularly with younger consumers, who favour companies that celebrate their social or political values. A whopping 70 percent of millennials said they would spend more money on brands that support causes they care about, according to a 2017 survey from the Omnicom Group.

This is the big catch-22. Everyone wants to act like they are socially conscious, but they know the [consequences] of one mistake.

But fusing marketing and activism takes more than latching on to the cause of the moment. In the eye of the consumer, there’s a fine line between supporting a movement and co-opting it, and critics are ready to pounce on even innocent mistakes. Case in point are Ipsy and Nike. And who could forget Pepsi’s infamous Kendall Jenner ad, which sparked outrage last year for its tone-deaf invocation of Black Lives Matter and other social movements.

The fear of drawing the ire of consumers is often what dilutes a brand’s activism in the first place, which is why so many attempts by brands to engage socially or politically with consumers come off as bland or tone-deaf.

“This is the big catch-22,” said casting director Cody Chandler, who has worked on campaigns for Stella McCartney, Adidas and Versace. “Everyone wants to act like they are socially conscious, but they know the [consequences] of one mistake.”

Chandler founded his own agency last year, called New Pandemics, to champion models in the LGBTQ community. The catalyst for the move, he said, was his first-hand observation of the hypocrisy and exploitation of the fashion industry. 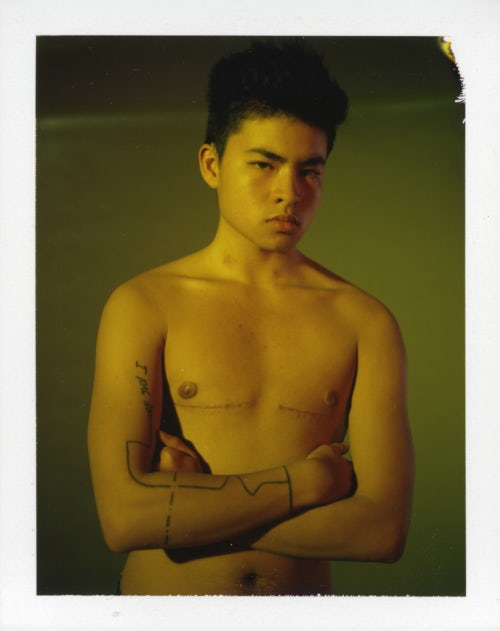 He recalls an editorial campaign some years ago in which a mainstream retailer cast a trans model. But the organisers had gotten the model’s details wrong on the call sheet, and for the entirety of the shoot, she was addressed by the wrong pronoun.

Chella Man, a model represented by New Pandemics, said on the set of a photoshoot on Monday that this kind of negligence behind the scenes reveals the tokenism that still exists, even when brands may outwardly celebrate diversity.

“So many times you get cast and then you’re treated like a token — a deaf, trans model of colour and that’s all you are,” Man said.

But with social media, models and influencers have a platform to call out what they deem problematic. Last year, Munroe Bergdorf, a trans model from London, spoke out against L’Oréal Paris after the makeup brand dropped her from a campaign because she made political statements about race on Facebook.

“Honestly I don’t have energy to talk about the racial violence of white people any more,” she wrote in August in a Facebook post that has now been deleted. “Yes ALL white people.”

After being fired from L’Oréal, Bergdorf addressed her nearly 74,000 followers on Instagram, detailing the backlash she has received. “L'Oréal Paris how could you stand by and let this happen to me?” she wrote in one post. “In sacking me, you cosigned all this hatred.”

Another common mistake in social engagement marketing is the superficial message of empowerment and catch-all feminism.

“I’ve felt empowerment fatigue for the past five years,” said Ruth Bernstein, the founder of Yard, a brand strategy firm that has created campaigns for Gap, La Mer and John Varvatos. “It feels fake and it will always fall flat. Women do not need to be told to be empowered. We are empowered. We are way past that.”

Dior, for instance, made heads turn last year with $700 “We Should All Be Feminists” t-shirts in its Spring/Summer 2017 collection, inspired by Chimamanda Ngozi Adichie’s book of the same title. The shirts sold well, but received blowback. Rachel Lubitz, a writer at Mic, noted that Dior announced it would partner with Rihanna's charity, the Clara Lionel Foundation, but never disclosed how much of the proceeds would go to the organisation, which funds education and health programs for impoverished communities.

Even if the controversy didn’t dent Dior’s image with its biggest fans, its reputation took a hit, which could reduce its appeal to future customers who aren’t already under the brand’s spell, said Christopher Skinner, founder of the beauty-centric marketing firm School House.

“The perception of the brand could be hurt because so much of it is based on aspirational marketing that reaches the masses in multiple different ways,” he said.

But that’s not to say that companies shouldn’t try. By 2020, millennial spending in the US will grow to $1.4 trillion annually and account for 30 percent of total retail sales, according to Accenture research. That’s not including the spending power of Gen-Z, an emerging consumer group even more politically vocal than their older cohorts.

For millennials and Gen-Z in this transitional period where we’re just graduating college and trying to pay for rent, [this is how brands] get us to part ways with our money

Gucci for instance donated $500,000 to March For Our Lives, the gun reform advocacy organisation formed in the wake of the fatal Parkland, Fla. shooting in February. The decision to write the check came shortly after chief executive Marco Bizzarri and creative director Alessandro Michele watched Parkland survivor Emma Gonzalez speaking at a rally.

Andrew Paulson, 22, is the type of customer Gucci is trying to reach. Paulson took several trips to the Fifth Avenue flagship store last year before finally making the splurge on a pair of loafers in June, celebrating with a glass of champagne. He said Gucci’s Parkland donation made his recent purchase all the more meaningful.

“I felt so reaffirmed,” he said. “For millennials and Gen-Z in this transitional period where we’re just graduating college and trying to pay for rent, [this is how brands] get us to part ways with our money.”

Gucci is an exception in luxury fashion, where brands have largely abstained from taking stands on political issues. Core luxury customers tend to be older, wealthier and less interested in mixing politics and commerce. Companies like Hermès instead emphasise the timelessness of their brands. However, some marketers say that a political strategy is losing its impact.

“Brands like Hermès with certain price points, the age of their consumers might have some more years where they can sit out because their consumers are not as interested in posting their social values online,” said Quynh Mai, founder of digital marketing firm Moving Image & Content.“But those days are numbered.”

"Not being involved isn't an option," he said in an email statement. "[Young people]  are drawn to it because that's what change demands and what the new cultural consciousness is creating."

While some brand have activism built into their DNA — Patagonia has long championed environmental causes, for example — others need a “mediator” to guide them, said Chandler. That means involving employees in marketing campaigns who come from the community being celebrated, and who can give a sense of the issue’s nuances and history.

Companies ultimately shouldn’t be discouraged by the prospect of mistakes, he added.

“There’s a very fine line between capitalising on something and supporting it, but hey, at least they’d be trying,” he said. “Even if it turns into a controversy, representation is worth it.”