Both Brexit and Trump are a clear and present danger to the highly globalised fashion industry.

Both Brexit and Trump are a clear and present danger to the highly globalised fashion industry.

On Friday, Donald Trump was inaugurated the 45th president of the United States. Earlier in the week, Prime Minister Theresa May laid out her plan for Britain's exit from the European Union. Both reflect the radical shift of two major Western powers towards a new and uncharted economic and political order that rejects the very core of the globalist project — the march towards freer trade and freer movement of labour — representing a clear and present threat to the highly globalised fashion industry.

On Tuesday, May confirmed that Britain would leave the EU's common market and customs union, and aim to control the movement of labour, hindering global businesses operating in the UK. Later in the week, May warned leaders at Davos: "Talk of greater globalisation can make people fearful. For many, it means their jobs being outsourced and wages undercut. It means having to sit back as they watch their communities change around them." Her speech was met with only polite applause.

While May says she is eager to find ways to maintain free trade in the financial services and automobile sectors, she has made no such mention of the fashion industry. Each year, more than £30 billion of fashion merchandise — clothing, footwear, accessories — are imported into the UK. The free trade of these goods is now under threat, not to mention billions of pounds of fashion exports from the UK as well.

What's more, according to the British Fashion Council, the fashion industry employs 797,000 people in the UK — many of whom are EU nationals working on the shop floors of retailers like Zara, H&M and Topshop, but also Louis Vuitton, Dior and Gucci. While May says she wants to secure the rights of these workers to remain in the UK, there is no guarantee that this will happen as any such deal needs to be agreed by all 27 member states of the European Union, something that is far from guaranteed. For now, the future of these workers remains in limbo — as well as the future of the thousands of creative people working for fashion brands, agencies and media companies on both sides of the UK-EU border.

How ironic then, that it was the Chinese president Xi Jinping who vigorously defended globalisation and free trade in his own speech at Davos, urging for a stable and co-operative relationship between the world's two greatest economic powers, as Donald Trump, who frequently lashed out at trade with China during his election campaign, becomes president.

Indeed, Trump's incoming administration seems even more sceptical of globalisation than May. This week, his nominee for commerce secretary, Wilbur Ross, stated that his first priority would be to re-open NAFTA, the free trade agreement for Mexico, Canada and the United States, a combined market of more than 500 million people. Trump's press secretary has also said Trump will withdraw from NAFTA if it is not renegotiated and he will also reject the TPP, or Trans-Pacific Partnership.

Meanwhile, much of the fashion media is still focused on who is (and isn't) dressing Melania Trump and why May wore Vivienne Westwood to deliver her Brexit speech. Only yesterday, Trump made global fashion headlines when he blasted Tom Ford, saying the incoming first lady does not like his designs. Is this really the right focus of our $2.4 trillion industry at a time when the economic order is being upended, threatening our future growth and prosperity?

If there is an industry that has benefited from — and depends on —  free trade it is ours, what with our global supply chain spanning Asia, Europe and increasingly Africa. We depend on skilled creative talent to move across borders. And, we depend on the economic growth driven by globalisation. While there needs to be a new social contract to ensure the benefits of globalisation are more equally distributed, the march away from globalisation is a real threat to our industry.

Fashion is an industry with the global scale, visibility and influence to shape the new policies coming out of Mr Trump's election and Mrs May's Brexit plans and we should be using that voice to spark a constructive dialogue to protect the interests of our industry at a time when it is under severe threat. 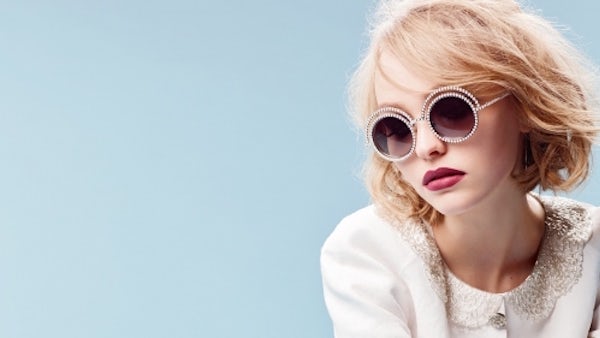 Luxottica and Essilor have agreed to a massive merger. Italian eyewear giant Luxottica and French lens-maker Essilor have agreed to merge in a $49 billion deal. The pair had explored a tie-up several years ago, but dropped discussions for a number of reasons including shareholder governance issues. The deal, which unites production of lenses and frames, should lead to more productive R&D for both companies — a strategic move as the industry looks to establish a new market for “smart” glasses.

Alibaba establishes anti-counterfeiting alliance with mega luxury brands. The Chinese e-commerce giant is forming a task group with 20 luxury brands, including Louis Vuitton and Swarovski, to prohibit the sale of counterfeit goods using data and technology. The alliance is a positive step for Alibaba, which had previously faced hostility from luxury brands over the sale of counterfeit goods on its site. In April 2016, brands including Michael Kors and Tiffany & Co. quit the International Anti-Counterfeiting Coalition in protest after Alibaba joined, prompting the company to be suspended a month later.

PETA buys stake in LVMH. Animal rights organisation PETA has bought a share in LVMH to pressure the French luxury group to stop selling products made using exotic animal skins, following an investigation into how crocodile skin is harvested. The stake gives PETA the right to attend shareholder meetings, not an uncommon tactic amongst pressure groups. PETA has previously bought shares in Hermès. LVMH has since announced it is cutting ties with the Vietnamese farms criticised by PETA for allegedly mistreating crocodiles.

Burberry beats estimates and boosts luxury confidence. Burberry announced that third-quarter retail revenue rose 4 percent, exceeding analyst estimates, helped by by a return to growth in the Asia-Pacific region. The news bolstered hopes that the slowdown in the luxury industry has bottomed out, following Richemont’s return to growth last week. Burberry’s management reshuffle also began in earnest, as finance chief Julie Brown joined the business and it was announced that incoming chief executive Marco Gobetti will begin this month as executive chairman, Asia Pacific and Middle East, before taking over fully in July.

Revlon seeks $5 billion in sales, driven by organic growth. The beauty giant is aiming to reach $5 billion in sales within five years, up from $3 billion today. Revlon is looking to grow by reinvigorating brands and stepping up marketing — a different approach to competitors Estée Lauder and L’Oreal, which have been buying independent brands to drive sales and attract younger consumers. As part of its strategy, the company will create four teams to focus on Revlon products, the Elizabeth Arden brand, fragrances and other labels.

J.C. Penney and BCBG Max Azria shutter stores. In the latest warning for troubled American retailers navigating the consumer shift to online, J.C. Penney announced it was evaluating its store fleet, and will close a few of its 1,014 locations this year. BCBG Max Azria also said it would reduce its focus on brick-and-mortar stores, in favour of concentrating on licensing, e-commerce and selling through other retailers. Meanwhile, The Limited has filed for bankruptcy, shortly after revealing its plans to close all of its stores.

Versace forgoes Haute Couture for Spring/Summer 2017. Instead of a runway show during the upcoming couture week in Paris, Versace will host a number of “major client events” this year in cities around the world including Hong Kong and New York. It is new chief executive Jonathan Akeroyd’s first major move, following his appointment last spring, and comes as many luxury brands are debating the relevance of the traditional fashion show, and experimenting with other formats such as “see now, buy now” and combining men’s and women’s shows.

Donald Trump becomes president. Donald Trump was sworn in as 45th president of the United States on Friday. The inauguration follows a highly controversial election that divided the country, with the majority of the fashion industry, including Anna Wintour, publicly backing Hillary Clinton. Several brands, including Rachel Comey, Mara Hoffman and Brother Vellies, have offered support to the Women’s March on Washington, which will see tens of thousands of people descend on Washington the day after the inauguration to protest against President Trump, who has repeatedly made offensive and derogatory comments about women, Muslims and Mexicans, amongst other minority groups.

Tiffany & Co. appoints Reed Krakoff chief artistic director. The designer, who worked with Tiffany on the re-launch of its gifts, home and accessories collection, will join the company in the newly created role of chief artistic director. Design director Francesca Amfitheatrof will leave the company after three and a half years in the role. Tiffany is working to re-energise its brand, having struggled to lure wealthy Americans into stores, as well as younger consumers who are turning to more accessible brands. In November, Tiffany reported its first rise in sales in two years, thanks to increased sales in Japan and China.

Carven taps Serge Ruffieux as creative director. Carven has named Swiss designer Serge Ruffieux as creative director. The appointment of Ruffieux, who was co-artistic director at Dior following the departure of Raf Simons, continues the current industry trend for choosing second-in-command designers for the top creative positions. Ruffieux will oversee all ready-to-wear and accessories, presenting his first collection during the Resort 2018 season. He replaces designers Alexis Martial and Adrien Caillaudaud, who departed the French fashion house last autumn.

Amazon walks away from $1 billion Souq.com takeover talks. Amazon and Flipkart have reportedly abandoned discussions to acquire Souq.com, following disagreement over price. Amazon began talks with the Dubai-based online retailer last year, in a deal that would have reportedly been worth $1 billion. Souq.com, which is the highest valued Internet company in the Middle East, is seeking other investors, and is in talks with mall operator Majid Al Futtaim.