The yet-to-be-named replacement for Young, who was the subject of a recent New York Times exposé documenting alleged lewd comments and other inappropriate behaviour, will be left to reckon with advertising-based publishing’s challenged business model. 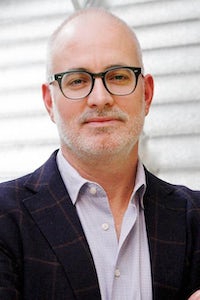 The yet-to-be-named replacement for Young, who was the subject of a recent New York Times exposé documenting alleged lewd comments and other inappropriate behaviour, will be left to reckon with advertising-based publishing’s challenged business model.

NEW YORK, United States — Troy Young, the president of Hearst Magazines, has resigned, according to an internal memo sent by Hearst President and Chief Executive Steve Swartz and viewed by BoF. A replacement for Young, who was the subject of a recent New York Times exposé documenting alleged lewd comments and other inappropriate behaviour, has yet to be named.

Swartz said in the note that Young's departure was "in the best interest of all of us." A representative for Hearst Magazines did not immediately respond to a request for comment.

Young, an advertising executive who segued into publishing as the president of now-defunct Say Media, where he launched XOJane with well-known magazine editor Jane Pratt, joined Hearst in 2013 as its head of digital media. He quickly helped establish Hearst as an aggressive online force, advocating to divide the digital and print operations so that the digital editors reported to him, not the editors-in-chief of the magazines. Unlike Condé Nast, where sales teams lead their pitches with a brand narrative, Hearst became about reach.

Its online websites morphed into a vast network, where stories were syndicated across several different titles, simply repackaged with a different headline. When Young first joined Hearst, the company's websites generated about 63 million unique visitors a month. Five years later, when he was promoted to president of the entire magazine division, overseeing print as well, unique visitors had risen to 108 million unique visitors, accounting for a third of the group's annual sales.

Young denied many of these accusations, and did not apologise in the Times. “Specific allegations raised by my detractors are either untrue, greatly exaggerated or taken out of context,” he said in a statement. “The pace of evolving our business and the strength of my commitment is ambitious, and I sincerely regret the toll it has taken on some in our organization.”

However, on Thursday, the day after the story was published, he sent an email to the Hearst Magazine staff, more directly apologising for his behaviour.

"I recognize that the incidents cited in the NYT article are particularly offensive to women and I want to make clear they do not represent who I am as a person nor do they reflect some of the most important relationships in my life," he wrote. "To my female colleagues, many of whom are my closest collaborators, trusted advisors and day-to-day partners: I am sorry and I am committed to the work I need to do here."

It seems that this acknowledgement was not enough to rectify the situation, which has been embarrassing for Hearst: a family-owned company that generated $11.4 billion in 2019 and is known for being fiscally conservative and careful in its decision making.

Young leaves Hearst at a pivotal time for the publisher, which is dealing with advertising fallout related to the recession brought on by the pandemic. But even before budgets were cut as consumers stopped shopping during the lockdowns, legacy publishers like Hearst faced increasing competition from Instagram, Facebook and Google, where brands can directly target customers for far less money.

It is unclear whether the structure Young has built will remain in place upon his departure. Most, if not all, of the current editors-in-chief, including Esquire's Michael Sebastian, Cosmopolitan's Jessica Pels, as well as the recently named Harper's Bazaar Editor-in-Chief Samira Nasr, were appointed by Young and report to his right-hand, Chief Content Officer ​Kate Lewis, who replaced Joanna Coles in the role when Young was promoted to president.

Former Hearst Magazines President David Carey returned to the company in 2019 as senior vice president of public affairs and communications, in part to help deal with the newly formed Hearst employee union, as well as bubbling issues regarding Young and the concerning workplace culture many employees believed was festering under his watch. (The company, however, denied at the time that Carey's emergence from early retirement had anything to do with Young or the union.)

Editor's Note: Lauren Sherman was briefly hired by Young as a freelance consultant in 2013.

Editor’s Note: An earlier version of this article stated that Nina Garcia was appointed editor-in-chief of Elle by Young. This is incorrect. She was appointed by Coles and Carey in 2017.