With a strategy rooted in curation, content and community, the fast-growing peer-to-peer platform has become a top fashion re-commerce destination for men.

With a strategy rooted in curation, content and community, the fast-growing peer-to-peer platform has become a top fashion re-commerce destination for men.

NEW YORK, United States — Thursday is a holy day for streetwear aficionados around the world: it’s when Supreme “drops” its latest batch of products online and across its 11 boutiques. Within minutes, digital “bots” and streetwear devotees who have lined up outside Supreme’s stores snap up the goods, but a lot of what’s bought goes straight to the lucrative secondary market, where it can sell for many times the retail price.

Much of this haul ends up on Grailed. “With every single Supreme drop that happens, sellers are flooding Grailed,” reports Jacob Metzger, co-founder and marketing director of the streetwear-focused marketplace, where Supreme listings jump by 265 percent every Thursday. On a typical day, Grailed has over 40,000 listings for Supreme products.

The fashion resale market is set to hit $33 billion by 2021, up from $18 billion in 2017, according to a report by online thrift store ThredUp. And while eBay still accounts for over 90 percent of the total market, curated luxury re-commerce sites like Vestiaire Collective and The RealReal, launched in 2009 and 2011, respectively, have grown sizable businesses, largely by catering to women. Grailed saw a gap in the market: fashion-conscious millennial men like those lining up outside Supreme.

“[At the time] there wasn’t a real marketplace for men to sell clothing on the third-party market,” explains Jeff Carvalho, managing director of North America at influential youth culture title Highsnobiety. “A lot of conversations around menswear were happening on forums like Styleforum and Superfuture. This is also where people were trading goods.” But while internet forums provided platforms for men to discuss fashion, these sites did relatively little business. Like eBay, Facebook groups, though popular for finding rare vintage pieces, lacked curation, attention to aesthetics and seamless shopping experiences. 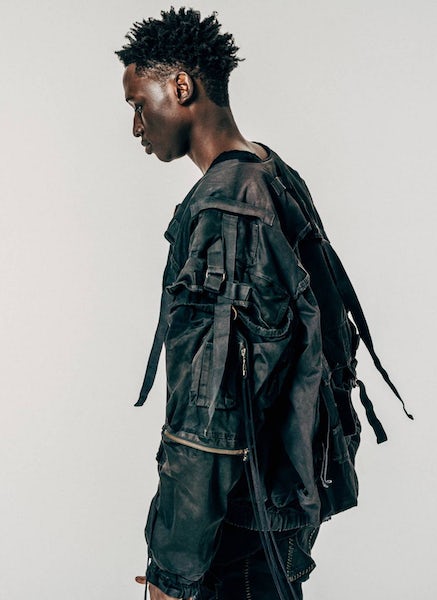 “I taught myself how to programme and launched Grailed in December 2013,” recalls Arun Gupta, a co-founder and the company’s chief executive, who saw an opportunity to connect supply and demand as the secondary men’s fashion market grew. “I asked people on the forums what they thought and what features I could add to make it cool.”

Together with Metzger and chief technology officer Julian Connor, Gupta moved the early-stage company, then based in Silicon Valley, to New York and raised a small friends and family round of financing before raising an undisclosed amount in seeding funding from Thrive Capital in 2015.

Grailed has come a long way since launch. According to market sources, the platform’s gross merchandise volume (GMV) has more than doubled every year since inception and today is well over $100 million per year. The business takes an 8.9 percent commission on sales, putting estimated annual revenues north of $9 million.

Unlike Vestiaire Collective and The RealReal, which authenticate, ship and package goods, taking commissions ranging from 20 to 40 percent, Grailed decided to keep operating costs and commissions low. But the approach goes far deeper.

“We break it down to three Cs: curation, content and community,” explains Metzger. “When we started we wanted to curate the site really well so every piece you saw would be something you would be interested in,” explains Gupta. The days of Gupta and Metzger combing the site 24/7 to delete off-brand posts have been replaced by a team of around 20 part-time moderators around the world who work in different time zones to approve listings, curate the feed and segment products across four categories — grails, hype, sartorial and core.

However, a well-curated selection of product was not enough. In 2016, to make the company “feel less faceless,” according to Metzger, Grailed launched a dedicated section for editorial content, dubbed Dry Clean Only, that educates users through interviews with influential fashion insiders, masterclasses on brands and products, street style coverage and more.

“We had two reasons for doing content,” says Gupta. “First, it gives us the ability to explain the craftsmanship and the history of brands. The second reason was to display our brand and taste level. It stems from the curation in that we want to tell people what we think is cool. It’s about showing people that fashion is our hobby as well.”

You want to create a devotional user-base that feels they’re really part of something bigger than just a website.

Introducing editorial has also been a clever way to drive sales through shoppable content. “Grailed does a fantastic job at this,” says Carvalho. “The old model of online retail was that you went in knowing what you were looking for. How they’re doing it is that they’re wrapping storytelling around those products.”

Moreover, content served as an important tool for fostering conversation among Grailed’s users. Indeed, from the very beginning, the site was always more than a marketplace — it was a community. “A thing we thought that would galvanise the community was if this site is built by people that are just like them. It’s for enthusiasts by enthusiasts,” says Metzger.

Along with content, Grailed cultivated its community by tapping its users for feature requests, highlighting sellers and even hiring people directly from its audience. “We want to make sure that we always include them in our thought-process,” explains Metzger. “You want to create a devotional user-base that feels like they have a stake in the game and that they’re really part of something bigger than just a website.”

The approach drives high engagement numbers. According to data from SimilarWeb, a digital market intelligence service whose data is imperfect but directionally accurate, monthly unique visitors to Grailed in February 2018 amounted to just over 2.1 million, compared to 1.3 million to The RealReal and 1.1 to Vestiaire Collective.

What’s more, holding real-world community events in places like Los Angeles and Toronto, as well as its annual Grailed100 archive sale, has allowed the Grailed team to meet and receive in-person feedback from enthusiasts.

To boost community further, Grailed has also partnered with insiders including Fear of God’s Jerry Lorenzo, Luka Sabbat and Robert Geller, letting users buy vintage pieces directly from the wardrobes of their idols. “The success of Grailed is their unique ability to partner with the right people, to secure the best product and power it with great technology,” says Nick Wooster, men’s fashion director at Forty-Five Ten, who partnered with Grailed in March 2017. 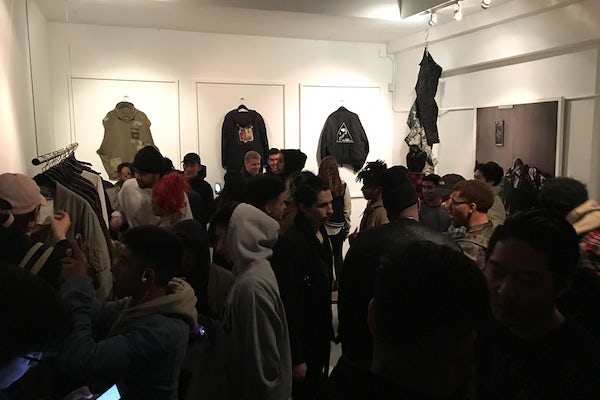 A Grailed event at 424 by Fairfax in LA | Photo: Emanuele D'Angelo

Having people like A$AP Rocky, Virgil Abloh and Kendall Jenner purchase vintage pieces from Grailed’s New York office has also given the company more exposure and an additional layer of cultural credibility.

“Building community comes down to trust,” says Highsnobiety’s Carvalho. In that respect, Grailed still has hurdles ahead of itself. Despite having a large team of moderators, by skipping the authentication stage the website is often criticised for having fake goods and notorious sellers known for scamming others. “Those are the two things that we have against us compared to our competition. We can’t ensure that everything is what people say it is, but we’re working on an anti-fraud project,” says Metzger.

“Another big challenge is to branch out of the hype market,” adds Gupta, “Grailed is for everybody but with the site’s current set-up it can be hard for people who can’t name brands to crawl through the site and find the pieces they want. If we can make [the site] more accessible to people, it will translate into more sales for sellers which is good for us as well.” To do so, Grailed plans to also work with influential figures from outside the fashion community such as chefs, actors, athletes and artists.

But Grailed’s community pillar is at the heart of the company’s future growth strategy. The team plans to create more in-depth user-profiles which will enable people to upload pictures of their own fits, see the favourite products of others while ramping up on its video output and facilitating conversation among users. (Grailed currently sees about 28,000 users chatting about listings every day).

“Moving forward we see our user profiles becoming even more robust and akin to profiles you would see on social media platforms like Twitter and Instagram,” says Gupta. Current user-profiles have avatars and icons denoting various qualifications like connected PayPal accounts.

Amid Retail Apocalypse the Future of Commerce is Community