This week, everyone will be talking about the coronavirus pandemic's economic impact, from soaring US unemployment to a potential boost for e-commerce to China's recovery. Get your BoF Professional Cheat Sheet.

This week, everyone will be talking about the coronavirus pandemic's economic impact, from soaring US unemployment to a potential boost for e-commerce to China's recovery. Get your BoF Professional Cheat Sheet.

Tallying Up the Outbreak's Cost 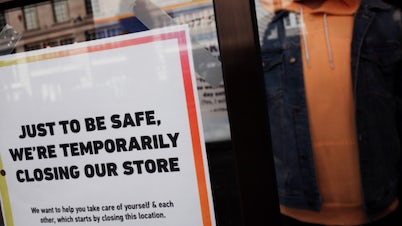 Next Thursday, when the US government reports jobless claims for the week of March 21, the data are likely to confirm what we already suspect: the world’s largest economy is in freefall. Many of those newly jobless will be former employees at department stores and apparel brands, as virtually all national chains have shut their doors for at least the next two weeks, and only some have agreed to continue paying furloughed employees. The fate of these workers, and the businesses themselves, may be determined in Washington, where Congress is hammering out stimulus packages and the Federal Reserve is working to keep credit markets running smoothly. Large brands are drawing down cash reserves and tapping credit lines, while small business owners face tough choices about where to secure funds when there may not be much cash coming in for the foreseeable future. For the latter, BoF published a guide last week about how to approach this fast-moving situation.

The Bottom Line: The next few weeks will determine whether the economy, fashion included, will experience a “gap year” before bouncing back to some semblance of normal, or a more protracted slowdown. 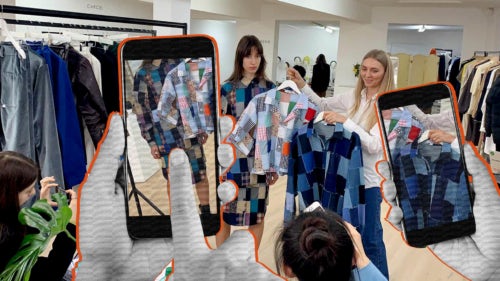 NBCUniversal made headlines last week when it announced it would begin releasing new movies for digital rental, as most theatres had closed. Some are already predicting this marks the arrival of a digital/theatre hybrid release model that will persist even after the outbreak subsides. Can the same happen in fashion, where e-commerce is now the only option for hundreds of millions of consumers? Certainly some will discover they prefer shopping online even after stores reopen (and if the pandemic keeps people quarantined at home for months, there will be fewer stores left to visit).

But there are reasons to be sceptical that e-commerce, today about one-third of US apparel sales and a smaller share of luxury, will become the new norm. The forces limiting the growth of online shopping haven’t gone away. Farfetch and other online luxury players are still unprofitable, people still love testing beauty products in stores and regulators are still scrutinising Amazon's business practices and treatment of workers. Still, with stores closed for weeks, brands and department stores have an opportunity to maximise the potential of their e-commerce arms. Some of those lessons will carry over.

The Bottom Line: Even if shopping habits revert after the outbreak subsides, a post-pandemic world will see brands doubling down on online strategies, both to chase increased sales and as a hedge against future outbreaks.

China (Sort of) Returns to Normal 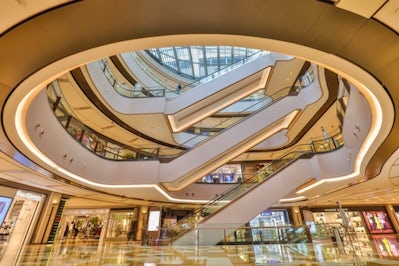 It was an unusual sign of hope, but we’ll take it: a long queue of shoppers forming outside a Chanel store in Shanghai. The coronavirus outbreak originated in China, and the country still has by far the largest number of confirmed cases. But the number of new cases has dropped precipitously in recent weeks. And in most major cities, factories and retail districts are bouncing back. This week will be crucial, both in demonstrating that an economy can quickly ramp back up from a near-standstill, and that China is able to contain infections as the pandemic rages on elsewhere. We'll have more coverage on this later in the week.

The Bottom Line: Despite the unprecedented disruption, the industry's biggest companies remain cautiously optimistic. Swatch Group Chief Executive Nick Hayek said Friday he expects business as usual in China by next month “if nothing happens.” Kering sounded a similar note, pointing to big sales declines but noting improvements in China.