How Will Fashion Megabrands Handle the Next Phase of the Coronavirus Crisis?

This week, everyone will be talking about LVMH's assessment of the pandemic's impact, the prospect of extended lockdowns in the US and UK, and China's economic recovery. Get your BoF Professional Cheat Sheet.

How Will Fashion Megabrands Handle the Next Phase of the Coronavirus Crisis?

This week, everyone will be talking about LVMH's assessment of the pandemic's impact, the prospect of extended lockdowns in the US and UK, and China's economic recovery. Get your BoF Professional Cheat Sheet.

The World According to LVMH 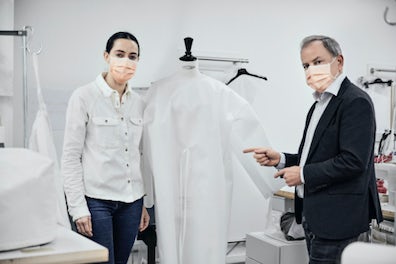 Louis Vuitton's Michael Burke at the atelier, where hospital gowns are now being made | Source: Courtesy

LVMH, the luxury conglomerate turned hand sanitiser and face mask manufacturer, reports results this week. The company has undergone a remarkable transformation since its last financial update in January, when executives downplayed the risk of Covid-19. ("Do you know how many people die from the flu every year?" one executive said on an analyst call before floating the idea that the then-nascent crisis "won't be that bad" if it passed in a couple months.)

LVMH had changed its tune by late March, predicting a 10 percent to 20 percent drop in Q1 revenue compared with the same period in 2019. Last week, Louis Vuitton started making hospital gowns at its ready-to-wear atelier, an admission that life won't be returning to normal anytime soon (while also making it easier to restart regular production once the pandemic subsides).

The tone LVMH strikes on Thursday will be closely watched, as will any insight into how quickly China is rebounding. (Louis Vuitton's stores in that country had all reopened by last week, though it's not clear if sales have fully rebounded to pre-outbreak levels.) In an interview with BoF, Louis Vuitton Chief Executive Michael Burke declined to offer a date for normal production to resume, though he did indicate work is underway on future collections.

The Bottom Line: All brands can do is wait out the pandemic. LVMH, with its enormous scale and pile of cash, is better equipped to do this than virtually any other company in fashion.

The Lockdowns Drag On 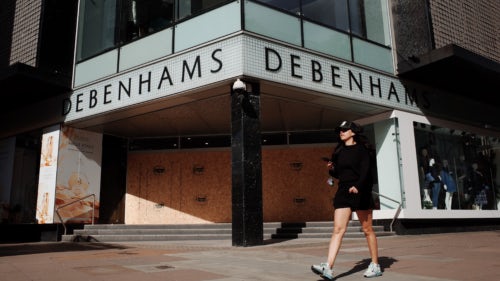 When stores in Europe, the US and other countries first closed to contain the coronavirus, they set end dates for the shutdowns ranging from two weeks to a month. Those initial estimates now look wildly optimistic. Italy on Friday extended its lockdown to May 3, many US states have closed schools through the end of May, and New York's Lincoln Center is cancelling events scheduled for August. The UK will likely announce an extension of its nationwide lockdown this week.

The decision to reopen non-essential stores involves grim math. US infections could spike if lockdowns are lifted in the next 30 days. Meanwhile, McKinsey estimates 80 percent of publicly traded fashion businesses will be in financial distress if stores are closed for two months, a milestone brands in Europe and the US will hit in May.

The Bottom Line: With the pandemic still raging, the decision to stay closed is easy. When the virus has dwindled but not disappeared entirely, expect calls to increase for the economy to reopen. Fashion brands on their last legs might be leading that charge.

China Returns to Normal, Sort Of 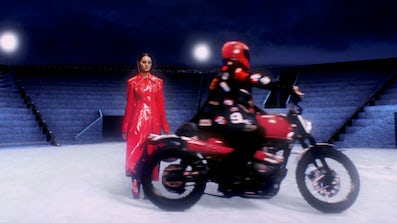 Fashion is heavily invested in a successful Chinese recovery. For starters, many brands are depending on Chinese consumers to pick up where they left off, and hopefully make up for lost sales in the West, where lockdowns continue. The industry is also observing how China rebounds as it prepares for Europe and the US to reopen this summer. Will virtual fashion weeks in Shanghai and Shenzhen prove a model for New York or Paris? When stores reopen, what will it take to get customers to come back? Which e-commerce and marketing innovations dreamed up to reach self-isolating consumers during the pandemic will prove useful after lockdowns are lifted?

The answers to these questions will trickle in over the next few weeks. Then it will be time for brands in the US, UK and continental Europe to mount experiments of their own.

The Bottom Line: One early lesson from China is not to expect a "V-shaped" recovery. Wary consumers have so far not engaged in "revenge buying" in large enough numbers to make up for the shortfall during the lockdown, indicating there may not be as much pent-up demand for non-essential items as hoped.