This week, everyone will be talking about the impending bankruptcies of several American department store chains, financial results from Tapestry and the success of "essential" retailers. Get your BoF Professional Cheat Sheet.

This week, everyone will be talking about the impending bankruptcies of several American department store chains, financial results from Tapestry and the success of "essential" retailers. Get your BoF Professional Cheat Sheet. 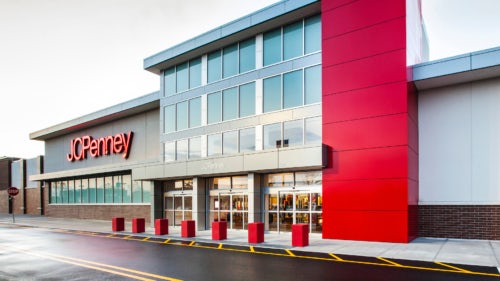 This may be the week that marks the beginning of the end for American department stores as we know them. That's a bit melodramatic, perhaps, but how else to describe three iconic names — Neiman Marcus, J.C. Penney and Lord & Taylor — all on the brink of bankruptcy. Neiman Marcus could reportedly file as soon as today. The other two are in advanced talks with creditors, meaning they could follow quickly. One could blame the coronavirus for pushing them over the brink, but the truth is that all three, and some competitors not named here, were headed down this path already. All have too many stores, selling products too similar to what can be found at rivals or online. Discounts alienated brands, while debt piled on in better times soaked up cash that could have helped pivot these businesses. They will need to use bankruptcies to shift some of that debt burden and close stores, or they'll be back here again before long.

The Bottom Line: Department stores may be the first dominos to fall, but they probably won’t be the last. Many American malls rely on department stores as anchor tenants. J.C. Penney closing some stores would further weaken already struggling lower and mid-tier malls, and drag down sales of other stores. 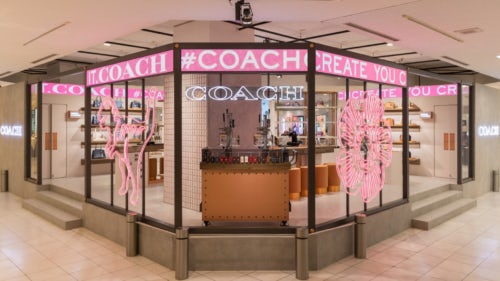 Tapestry is a good bellwether for how fashion is — or isn’t — weathering Covid-19. Where J.C. Penney was in a singularly dire state well before the pandemic hit, Tapestry's struggles were more typical of big, mainstream fashion brands. Coach, Kate Spade New York and Stuart Weitzman are aspirational labels, attempting to sell to a broad group of consumers, with stores in luxury malls and outlet malls alike. Pre-pandemic, the company had spent several years trying to move upmarket, or at least reduce its reliance on discounts and off-price channels, but the results weren't good enough to please investors. Since March, it's responded like much of the industry by closing stores, furloughing workers, cutting executive pay and drawing on its credit line. Store openings are on hold and digital investments — and promotions — bolstered. On April 30, we'll get a first look at whether any of this is working.

The Bottom Line: Analysts are predicting a wave of deals as more brands run into trouble. Whether Tapestry is a buyer or seller is a question to consider once the company releases its latest results. 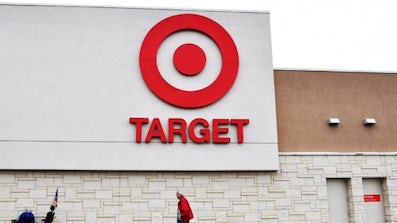 Some of America's biggest fashion retailers have remained open throughout the Covid-19 crisis — not that it's done the industry much good. Target, Walmart and Amazon have seen surging sales as consumers stock up on essentials. Clothing hasn't made the cut; Target said last week that, while sales were up 7 percent overall and had doubled online, apparel and accessories had plunged by 40 percent in April. Amazon even slowed or halted shipping orders of non-essential items to speed delivery of food and health products, though that bottleneck appears to be easing. Beauty has fared a bit better, as some cosmetics and skin-care products are seen as affordable luxuries that can be tossed in the cart along with the toilet paper and pasta.

The Bottom Line: Fashion's lack of traction at Target is a sign that the apparel industry will be slow to bounce back even after stores reopen. Shoppers clearly aren't interested in buying clothing, even when it's right in front of them.