It’s been a busy week in New York. The action climaxed with Monday night’s Met Gala, the annual benefit for the Costume Institute at the Metropolitan Museum of Art in New York. But both before and after the star-studded fundraiser, which was sponsored by Gucci and came with a raucous afterparty at Hunter College, there was a packed schedule of events, drawing fashion insiders from around the world.

On Thursday, there was Prada’s Cruise show at the company’s local headquarters on the West Side of Manhattan. On Saturday, there was a Gucci lipstick launch at The Doubles Club, along with Wendy Deng’s pre-Met cocktail at her Upper East Side apartment and Sally Singer’s Vogue staff party at the Stonewall Inn. On Sunday, there was Carine Roitfeld’s new fragrance launch at a Soho pop-up, Ozwald Boateng’s first womenswear show at Harlem’s historic Apollo Theater and a cocktail to toast Glenda Bailey’s damehood at The Carlyle. And the marathon continued after Monday’s Met Gala with Louis Vuitton’s Cruise show at the Eero Saarinen-designed former TWA terminal at JFK International Airport on Wednesday, bookending a week as packed with marquee events as any New York Fashion Week.

The Met Gala hasn’t quite earned its label as the “Superbowl” or “Oscars” of fashion, netting significantly less public interest than the American football final and the Hollywood awards show, which have long been woven into American culture. But the Costume Institute’s annual benefit, organized by Condé Nast artistic director and American Vogue editor Anna Wintour, is certainly cementing its place as one of the top events on the global fashion calendar, providing a platform for brand activations that may be starting to surpass New York Fashion Week, which is being cut down to five days from its usual eight, per a plan put forward by new CFDA chairman Tom Ford to re-energize the event.

For some designers, the week of the Met Gala is already a more powerful platform than fashion week. Consider the case of Brandon Maxwell. The Texas-born designer, who is Lady Gaga’s stylist and the founder of namesake ready-to-wear label Brandon Maxwell, consistently punches above his weight, racking up significant earned media value — a measure of brand exposure gained through traditional press coverage and social media conversations — with his New York Fashion Week runway show. And yet, this week, when Gaga wore not one, but four looks designed by Maxwell within the space of 15 minutes on the Met Gala red carpet, the results were nothing short of spectacular.

Gaga made her entrance, along with Maxwell and four assistants, in a hot pink gown with a 25-foot train. But as soon as she got to the stairs of the museum, Maxwell pulled a zipper, opened a few snaps and, presto, Gaga was wearing a little black dress. Next, she appeared in a cylindrical number in the same pink as her first look, then a sequined bikini and fishnets.

The internet took notice. On Instagram, Maxwell’s label racked up more than 10 times more earned media value during the week of the Met Gala than during New York Fashion Week in February, according to data from InfluencerDB, a marketing software company.

But for major brands, like Vuitton, which staged its Cruise show two days after the Met Gala, proximity to the event may be less advantageous, replicating some of the flaws with packed fashion weeks.

In recent years, fashion’s biggest players — from Gucci to Vuitton — have begun staging elaborate Cruise and Pre-Fall shows in off-piste locations beyond the noise of traditional fashion weeks to activate regional markets and generate dedicated global media coverage. And for Vuitton, the decision to show Cruise in New York during the increasingly busy week of the Met Gala may have backfired.

While Vuitton’s show certainly filled the Instagram feeds of major fashion influencers, according to data from InfluencerDB, the brand generated 25% less earned media value from this year’s Cruise spectacular than it did from last year’s event, which was held far from Manhattan and three weeks after the Met Gala, on May 28th, in the quiet town of Saint-Paul-de-Vence in the south of France.

Indeed, for some the Met Gala may well be a more powerful platform than New York Fashion Week, but as the action heats up, there is clearly risk of oversaturation for brands who can afford to build a platform of their own. 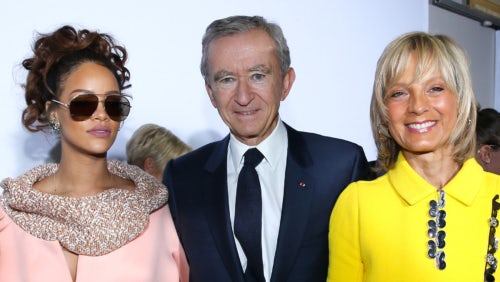 Rihanna and LVMH confirm fashion label. Fenty is the first fashion brand launched from scratch by LVMH since Christian Lacroix was founded in 1987. The superstar is set to present her first collection for the new label, which will be branded Fenty, later this month in Paris. The offering will span ready-to-wear and accessories, including shoes, sunglasses and jewellery. Rihanna has committed nearly €30 million of “in-kind” contributions to the venture — meaning she’s offering up €30 million worth of her time, her name and what she represents — while LVMH has put up €30 million in cash.

Kering to pay €1.25 billion tax settlement. The French luxury giant said it will pay €1.25 billion ($1.4 billion) to settle a dispute with Italy's tax authorities. Kering had faced allegations that it used Swiss subsidiary Luxury Goods International SA to improperly book profits made in Italy in a country where taxes are lower; the alleged scheme centred on Gucci. The settlement with the Italian revenue agency requires Kering to pay €897 million in additional taxes, along with further payment for penalties and interest, for a total of €1.25 billion.

Wilkinson owner Edgewell to buy shaving start-up Harry's for $1.37 billion. Harry's, founded by Andy Katz-Mayfield and Jeff Raider, is one of the many shaving start-ups vying for market share in the growing male grooming products arena, where the market is currently dominated by Procter & Gamble's Gillette and Unilever. The acquisition would be the second billion-dollar acquisition of a shaving start-up, dwarfing Unilever's buy of US-based Dollar Shave Club in 2016.

New York Fashion Week loses two days. Tom Ford’s first act as CFDA chairman addresses longstanding calls for a shorter fashion week. The goal is to attract more international buyers and editors and reverse an exodus of prominent designers. Starting this September for the Spring/Summer 2020 season, runway shows and presentations will last five days and five nights instead of the current seven-day, eight-night format, running from the evening of Friday to Wednesday, September 6 to 11.

Tapestry announces $1 billion buyback after beating profit estimates. The company beat Wall Street estimates for third-quarter profit on better-than-expected sales of its Coach and Kate Spade handbags, and announced a $1 billion share buyback programme, sending its shares up 12 percent. The Kate Spade brand has suffered from a lack of new designs and heavy discounting that decreased sales in recent years, but the new (as of last year) designer Nicola Glass has helped the brand post better-than-expected sales. Comparable sales at Coach, which contributes about 72 percent to Tapestry's business, rose 1 percent.

Stadium Goods sets sights on London with Browns pop-up. The luxury boutique is putting the latest acquisition of parent company Farfetch to work, installing a Stadium Goods pop-up inside its East London location. The peer-to-peer streetwear marketplace, which Farfetch acquired in January in a deal that valued the business at $250 million, will sell rare sneakers and sought-after streetwear pieces via a month-long concession at Browns.

Tod's first quarter revenues fall but its own retail channel rebounds. The shoes and leather goods company, known for its Gommino loafers, has repeatedly fallen short of market expectations in recent years and has struggled to rejuvenate its brands. First-quarter sales fell 4.3 percent to €216 million ($243 million), under analysts' forecast of €221 million. Retail sales improved 9 percent net of currency moves, boosted by the recent acquisition of e-commerce business Italiantouch.

Pandora has tough start to 2019. The world's most prolific jewellery maker is trying to hit the reset button after a rough two years. Pandora said it got off to a weak start in 2019 as the cost of launching a programme designed to make it more efficient ate into its results. The Copenhagen-based jeweller reported earnings before interest and tax of 960 million kroner ($144 million) for the first quarter, missing the average analyst estimate of just over 1 billion kroner. 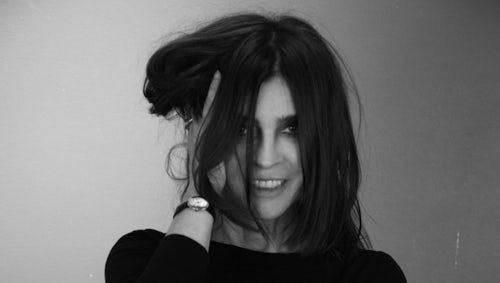 Carine Roitfeld breaks into perfume. The former Vogue Paris editor-in-chief and style siren Carine Roitfeld, recently debuted her eponymous line, Carine Roitfeld Parfums. The collection of seven genderless fragrances called "7 lovers" is now available on Net-a-Porter and her own website. Unlike fashion brands such as Marc Jacobs and Tom Ford, she didn’t partner with LVMH, Estée Lauder Companies or L’Oréal Groupe — with 21.1 percent market share between them — but instead opted to foot the bill and retain creative control for a chance at a more unique product. 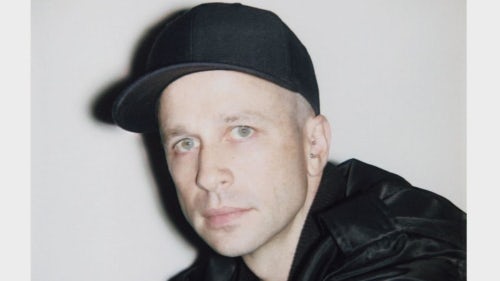 Meghan, Duchess of Sussex, gives birth to a boy. The Duke and Duchess of Sussex welcomed their first child Monday. Archie Harrison Mountbatten Windsor has already been said to symbolise the modernisation of Britain’s royal family and of a more open and tolerant society as the first multiracial baby in the monarchy’s recent history.

Ganni names CFO. The Scandinavian contemporary label has appointed Nicholas Yates chief financial officer, effective May 13. Yates joins the company from jewellery brand Pandora, where he served as vice president of finance for the EMEA region. He succeeds Rene Dyhring who left the company last year.

Fake heiress who dazzled New York's fashion elite sentenced for fraud. Anna Sorokin, who posed as a wealthy heiress to scam boutique New York hotels and fashionable friends in a confetti parade of bad checks was sentenced in a state court after a jury convicted her last month on multiple charges of larceny. The German 28-year-old faces four to 12 year in prison for multiple acts of glamorous grifting in 2016 and 2017.

Disney writes off entire investment in Vice Media. Disney once bet big on digital media company Vice, ultimately funnelling $400 million in the controversial company that was valued, at one point, as high as $5.7 billion. But recent filings reveal that Disney does not expect to ever see a return on the investment.

Polish Amazon workers demand near-doubled salaries. The latest in a spate of labour disputes to hit the world's largest online retailer, Amazon workers in Poland are demanding that their salaries be roughly doubled. The demands follow strikes earlier this year in Spain and Germany, where workers demanded higher pay and better working conditions.