One Brand’s Plan for Escaping Bankruptcy

With $214 million in debt due in 2019, Charlotte Russe was facing extinction. Chief executive Jenny Ming reveals how she secured a lifeline and hatched a turnaround plan for the teen retailer.

One Brand’s Plan for Escaping Bankruptcy

With $214 million in debt due in 2019, Charlotte Russe was facing extinction. Chief executive Jenny Ming reveals how she secured a lifeline and hatched a turnaround plan for the teen retailer.

SAN FRANCISCO, United States — With its muted pink packaging and insouciant scribbled logo, “Charlotte” by Charlotte Russe, the new cosmetics range from the American teen retailer-turned-fast fashion player Charlotte Russe is targeting the type whose makeup bag is currently crammed with Kylie’s Lip Kit and tubes of Glossier Cloud Paint. With prices ranging from $4.99 to $12.99, it shouldn’t be too taxing for Charlotte Russe’s Gen-Z customer to stock up on the 19-product collection, which includes matte crayon lipsticks, lengthening mascara and a spectrum of nail polishes rendered in 65 moody, glamourous colours.

But for Ming, who made her name in retail as a member of the executive team that launched Old Navy in 1994, subsequently serving as its president from 1999 to 2006, this isn’t just another category extension. Six months ago, it wasn’t clear if Charlotte Russe, which operates about 500 stores across the US, would survive another year.

Charlotte Russe’s recent woes can be traced back to 2009, when Advent International took the company private for $380 million, installing Ming, who was then an operating partner at Boston-based private equity firm, as its top executive.

During those first few years in the driver’s seat, Ming opened 25 to 35 stores each year and also invested in digital, bringing the brand’s e-commerce operations in-house. She moved the company’s headquarters from San Diego to San Francisco, tapping into the talent pool attracted by Bay Area apparel retailers including Gap, Inc., Levi’s and The North Face.

What Ming pulled off is an out-of-court restructuring, enviable for those forced to file for Chapter 11 bankruptcy protection.

Perhaps most significantly, though, Ming helped to re-establish Charlotte Russe’s identity in the eye of the consumer, moving away from a scantily clad stereotype into a more feminine, trend-driven offering. The store’s sales were buoyed by key categories including denim, dresses and shoes, which perform well against competitors like H&M and Forever 21 in part due to their low prices. (The average cost for a pair of shoes is just $20.)

But these moves ultimately meant nothing when customer consumption habits changed sharply in 2014, just as the company was set to hit $1 billion in sales and was eying a stock market flotation. “She was no longer going to the mall to browse, she was browsing online,” Ming says in her airy, industrial office in the midst of San Francisco’s fast-gentrifying Mission District. (Just across the street are Tartine Manufacutory and Heath Ceramics, with Everlane’s headquarters a few blocks away.) “The first four years went very well, and then we saw a really incredible dip in traffic.”

What’s more, the company had taken on $214 million in debt in anticipation of a public offering. “The premise was really to grow the footprint,” Ming says of why the company borrowed so much money. “You have to think back to 2010, when e-commerce was still a small portion of sales. It was more there to support the store versus being the star.”

Nearing the end of 2017, it looked like Charlotte Russe would join competitors Wet Seal, Aeropostale, Pacific Sunwear and Quicksilver in seeking bankruptcy protection and potentially liquidating its assets. 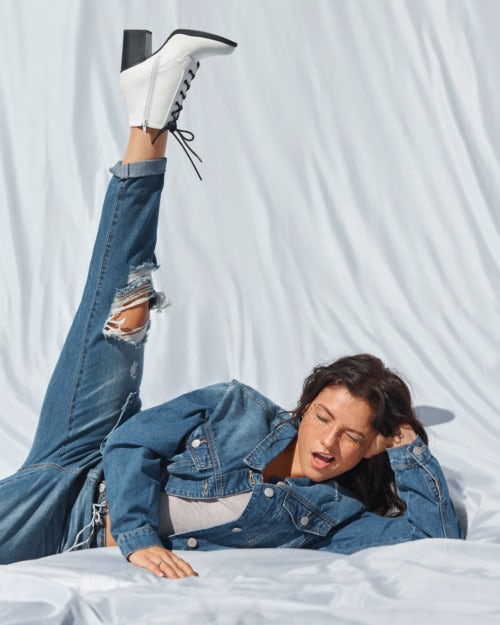 But last December, in a fortunate turn of events, Charlotte Russe was able to reduce its debt by $124 million to $90 million, extending the loan’s due date to February 2023 and reducing the cost of interest by nearly 50 percent each year. This gives Ming five years to turn things around. At the same time, Advent exited its investment in the company, which is now owned by its lenders. (The agreement stipulates that the lenders’ ownership may be diluted if management hits certain business goals.)

What Ming pulled off is an out-of-court restructuring, enviable for those forced to file for Chapter 11 bankruptcy protection, which almost half of the time results in liquidation, requiring the closure of all stores and the auctioning off of intellectual property rights.

In many cases, Advent and the lenders would have simply washed its hands of the business. But after presenting her turnaround plan, Ming was able to convince all 13 lenders to give her another chance, allowing the private equity firm to step away from the business after investing nearly a decade ago. (Advent did earn some of its money back, although not all of it.)

How did Ming do it? Some of Charlotte Russe’s good fortune comes down to relationship building and maintenance. Not only did Ming have an existing relationship with Advent — “they’ve been patient partners” — but she also forged connections with her lenders long before the loan’s due date. “The lenders know about the business, they see that this business is worth saving and they see a future in it,” she says. “I don’t think that happens very often. We were able to do this totally out of court because we brought everyone to the table to work on it.”

Some of Charlotte Russe’s good fortune comes down to relationship building and maintenance.

In this case, settling out of bankruptcy court also made sense to the lenders, who would otherwise lose everything. In Charlotte Russe’s restructuring, they lost a large chunk of the money they lent but continue to make income on interest. Plus, if Ming’s efforts are successful, they could potentially make money on an exit.

To be sure, there are many benefits to restructuring debt outside of court. It’s a faster process than bankruptcy, typically more affordable and allows the retailer to maintain more control over the restructuring process. “Once you file for bankruptcy, you have to ask for permission to do anything,” says Jordan Myers, a finance lawyer at global law firm Alston & Bird. “There are a lot more people and parties involved that have a say and may object to what you’re attempting to accomplish.”

It also shields the retailer from a public relations nightmare from which many are never able to recover. Not only do consumers tend to write off brands that file for bankruptcy, even if they return soon after under another guise, but suppliers become distrustful as well. Ming says she spent a significant amount of time visiting suppliers, reassuring them that Charlotte Russe was not going to shut its doors.

“Of course, they were nervous. We kept trying to tell them that we were determined to do it out of court. Not all of them really believed us, because I’m sure other [retailers] told them that too,” Ming says. “After the transaction, I’ve done a lot of vendor visits, expressing how appreciative we were that they stood by us, just so that they hear it from me personally.” 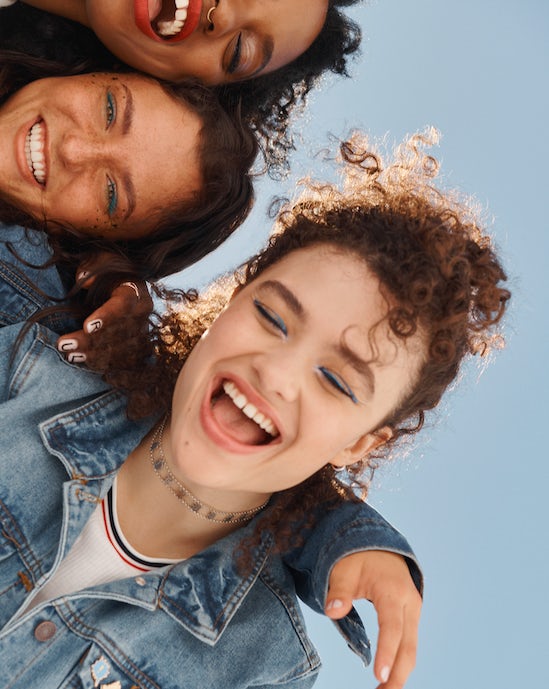 And because Ming’s real estate team had cut short-term leases with many of its landlords, the company has been nimbler when it comes to its store network than some of its competitors. (Many lower-performing malls have made terms so favourable for retailers — sometimes charging zero rent and instead simply taking a commission on sales — that it’s not always in the store’s best interest to exit even if volumes are what they once were.) Today, Charlotte Russe has a relatively healthy fleet of stores, with most reporting positive cash flow, meaning that it has the liquidity to continue on without pausing. Many retailers do not. And Ming also had the trust of her lenders, which agreed to be paid less than they are owed. This isn’t so easy for retailers with complex capital structures. “Charlotte Russe didn’t have multiple tranches of debt,” Myers said. “When different groups of lenders have different interests, there will be one group okay with a proposal and another that is not, which can be difficult.”

But while Charlotte Russe has a second chance thanks to a reduction in debt, the broader, industrywide roadblocks it faced in the first place haven’t gone away. “Beauty gives them an edge,” says retail analyst Gabriella Santaniello, who cites Forever 21’s successful Riley Rose beauty concept as an indicator that demand is real. Santaniello also believes the label’s extremely competitive prices — especially in footwear — help: “There’s more perceived value in a pair of shoes than a dress or skirt.”

But product is only one element of the strategy. Along with the launch of Charlotte — which was conceived after three years of testing third-party cosmetics in-store — Ming has brought in a new chief marketing officer, a new chief technology officer and the company’s first chief digital and supply chain officer, Jason McAndrew. His logistics experience is helping Charlotte Russe forge the “end-to-end” solution Ming is after.

“When I arrived here, I built the team based on a product-driven, store-driven business,” Ming says. “Of course, product is still important, but it’s more customer-centric now.” The company has long operated on what Ming considers a hybrid model — with hero categories that help establish the brand, harkening back to her specialty retail pedigree, combined with a speedy production turnaround time of a few weeks that allows her merchants to react quickly to trends. Today, the executive’s goal is to improve the cross-channel experience.

For a certain demographic, Charlotte Russe maintains relevance. Now, it’s up to Ming to fulfil her plan. “Hope is never a strategy,” she says. “Hoping things will turn around, that it might be okay, that doesn’t work. To me, hope is very passive.”