Fashion leaders have little choice but to engage with Donald Trump and attempt to shape the situation for the better.

Fashion leaders have little choice but to engage with Donald Trump and attempt to shape the situation for the better.

This week, US President Barack Obama’s farewell address struck a chord with many in the fashion industry, prompting a flood of emotional social media posts. The speech underscored not only the achievements of Obama’s administration, but also the inescapable and, for many, foreboding reality that Donald Trump is only days away from being inaugurated America’s 45th president.

Certainly, fashion has much cause for concern as the Trump administration prepares to take power. If, as threatened, the President-elect and his team move to dismantle longstanding free-trade deals and impose new tariffs on imports in a bid to bring back domestic jobs, the fashion industry, with its global supply chain, could suffer significantly. Indeed, 97 percent of clothes sold in the US — the world’s largest consumer market — are manufactured abroad.

Many fear Trump will spark a trade war with China. The appointments of Peter Navarro and Robert Lighthizer, two frequent critics of China’s trade practices, to key positions in the new administration suggest that some kind of confrontation with China is looming, leaving fashion companies with a hard choice: continue to produce in China — and pay margin-eroding tariffs — or attempt to shift production elsewhere.

But there may also be an upside to a Trump presidency. That Trump’s promise of tax cuts for wealthy Americans could boost spending on fashion and luxury goods must surely have dawned on LVMH chairman Bernard Arnault, who met with the president-elect at Trump Tower on Monday to discuss a range of issues, including expanding production in the US, where the luxury conglomerate already has a factory outside Los Angeles.

Top editors at Condé Nast, including Graydon Carter and American Vogue editor Anna Wintour, who backed Hillary Clinton in the election race, have also met with Trump. For Carter, who has sparred with Trump for years, the ceaseless controversy sparked by the president-elect has already proved a boon.

Indeed, Vanity Fair cleverly capitalised on recent exchanges between Carter and Trump with a banner advertisement calling the title “The Magazine Donald Trump Doesn’t Want You to Read,” driving a record number of new subscriptions at a time when political news is increasingly on the agenda of fashion and lifestyle publications who must now engage readers in real time.

But so much remains unknown about the policies Trump will actually pursue when in office, making it difficult to assess the true impact of what some are woefully calling “the new normal.” Of course, many in the fashion industry remain deeply disturbed by the rise of Trump and some have criticised those who have chosen to engage with the president-elect. Yet with so much at stake, fashion leaders have little choice but to play ball with the incoming administration and attempt to shape the situation for the better.

At the minimum, a positive dialogue with Trump could produce a more favourable outcome on trade regulation. Then again, nothing is certain. 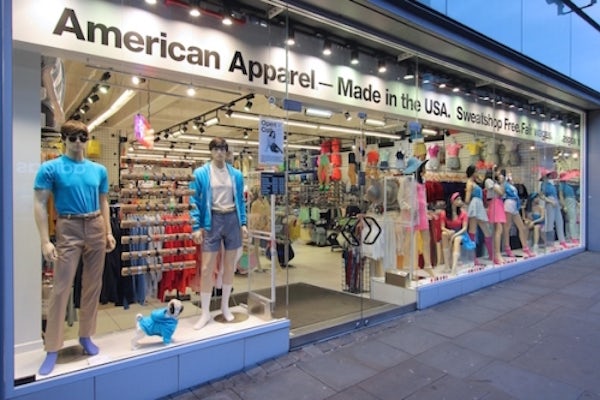 Gildan Activewear buys American Apparel for $88 million. The Canadian t-shirt and underwear maker bought American Apparel’s brand and some other assets during bankruptcy proceedings for around $88 million in cash, beating Amazon and Forever 21, which were reported to be amongst the group of companies considering purchasing its assets. Gildan, which has expanded into branded apparel, plans to fold American Apparel into its North American distribution networks to help gain market share in the fashion basics segment.

L’Oreal buys Valeant skincare brands for $1.3 billion. The French cosmetics group announced it acquired skincare brands CeraVe, AcneFree and Ambi from Canadian drugmaker Valeant for $1.3 billion, as part of its plans to drive sales in the United States. The three brands, which will become part of L’Oreal’s active cosmetics division, have combined annual sales of about $168 million. In another announcement, Coty announced plans to buy a 60 percent stake in online cosmetics retailer Yoonique for about $600 million.

Hudson's Bay Company shares plummet after cutting forecast. Shares of the Canadian owner of Saks and Lord & Taylor fell as much as 13 percent, after the company cut its expected sales forecast for its full fiscal year. Same-store sales fell 0.7 percent in the last nine weeks of 2016, following a disappointing holiday period. The announcement, just days after fellow luxury retailer Neiman Marcus announced it was abandoning its plans for IPO, is the latest warning for troubled department stores struggling in a challenging US retail market.

Richemont results bode well for the watch industry. The luxury goods maker reported a 5 percent rise in same-store sales in the quarter to December, driven by strong demand for jewellery and an improvement in watch sales. Richemont said demand from China had improved, and a gain in sales of timepieces in its own stores indicated that wholesale orders may stop declining, prompting optimism that the luxury watch industry’s biggest downturn since the 1980s may be coming to an end.

Bibhu Mohapatra files for bankruptcy. The New York-based Indian designer has filed for bankruptcy protection, citing just over $1 million in debt. The news comes at a challenging time for small designer brands, particularly those operating without outside investment and dependent on a wholesale model, with Ohne Titel, Suno and Jonathan Saunders all closing their businesses last year. Mohapatra said the forthcoming debt restructuring would make his label more attractive to outside investors and allow him to launch a lower-priced line.

Bonomi takes stake in Tod’s. Shares in the luxury goods maker soared 8 percent after Italian businessman Andrea Bonomi purchased a 3 percent stake in the company to help support its long term growth. The shoemaker, which is widely regarded as a potential takeover target, said the investment would not change its industrial plan. Tod’s has faced challenges in diversifying its business away from footwear and expanding into higher-margin leather goods and clothing.

Gosha Rubchinskiy and Adidas announce multi-season partnership. Russian designer Gosha Rubchinskiy debuted a partnership with the football division of German sportswear giant Adidas at his Autumn/Winter runway show in Kaliningrad. In contrast to the fleeting, one-off fashion collaborations that have saturated the sportswear market, Adidas Football X Gosha Rubchinskiy will unfold over three seasons in the run up to the 2018 World Cup in Russia, which Adidas is sponsoring.

Trump meets with fashion executives. President-elect Donald Trump has begun meeting with executives from across the fashion industry, as part of his election promise to bring more jobs to the US. In a meeting with Alibaba chairman Jack Ma, Trump discussed creating one million new jobs by helping small businesses sell to China. He also spoke with Bernard Arnault, CEO of LVMH, about possibilities to expand the luxury group’s factories in the US. The 70 year-old also met with executives from publishing giant Condé Nast in an off-the-record meeting that underscores his unusual, often antagonistic relationship with the media, which became a centrepiece of his campaign.

Uniqlo’s Tadashi Yanai loses $1.4 billion in one day. The founder and chairman of Fast Retailing, and Japan’s richest man, lost $1.4 billion in a single day when shares of Uniqlo’s parent company fell 6.7 percent. Uniqlo Japan reported disappointing December sales, with same-store sales down 5 percent, which the company attributed to warm weather. The news added to Japan’s business woes, which saw the Nikkei stock market down 0.4 percent following US president-elect Donald Trump’s threat to impose punitive taxes on Toyota for investing in Mexico.

Ex-Balenciaga boss leaves Kering after executive reshuffle. Isabelle Guichot, who was expected to remain at Kering following her resignation as CEO of Balenciaga in October, will leave the luxury group, according to reports. Her exit is the latest in a slew of management changes at the company, which has replaced the management or creative leadership at around 75 percent of its 15 luxury companies over the past two years.

Ivanka Trump steps away from fashion brand. The daughter of president-elect Donald Trump will resign her role at her namesake fashion brand, as well as stepping down from management and operations of the Trump Organization, to comply with ethics laws. Trump began distancing herself from the brand in the weeks following the election, after she was heavily criticised during the campaign for promoting her brand’s products, resulting in Trump separating her social media accounts.

Instagram introduces advertising on Stories. The Facebook-owned photo-sharing app will begin introducing ephemeral ads into Stories, turning the feature into a moneymaker. Stories, which closely resembles a Snapchat product, has grown to 150 million daily users since Instagram launched the feature last April — the same statistic Snapchat gives for its total daily audience.

Snapchat sets up international base in London. The messaging app announced it would establish its international headquarters in Britain’s capital, underscoring the city’s continuing attraction for global tech firms, despite uncertainty following the UK’s vote to leave the European Union. Since Britain’s vote to leave the EU, Google, Facebook and Amazon have all increased their investment in London, a financial hub that offers start-ups and larger companies access to capital, and has a large pool of creative and tech talent.