As Chinese Valentine’s Day approaches, experts weigh in on how luxury brands can capitalise on one of the most important shopping festivals in China.

As Chinese Valentine’s Day approaches, experts weigh in on how luxury brands can capitalise on one of the most important shopping festivals in China.

SHANGHAI, China — A 2,500-thousand-year-old story of the doomed love of a weaver girl and a cow herder does not seem like the most natural opportuity for luxury brands to tap the distinctly modern world of Chinese social commerce, but that is what is increasingly happening with Qixi Festival.

This year’s festival, also known as ‘Chinese Valentine’s Day,’ falls on August 17 and in 2018, it’s difficult to name a luxury brand that is not holding some kind of Qixi promotion. Most brands are following the similar pattern of offering exclusive, limited-edition products or hosting pop-up sales though WeChat mini-programs — a feature of China’s most popular social media platform that easily integrates e-commerce into official brand accounts — and often also in store, driven by a digital campaign fronted by a hot young celebrity brand ambassador.

According to Pablo Mauron, China managing director and partner at Digital Luxury Group (DLG), a marketing research firm with offices in Shanghai and Geneva, this embrace is no surprise given that Qixi is the most intrinsically suitable shopping and gifting festival on China’s crowded calendar for luxury brands.

“The great thing about Qixi for luxury brands is that it’s a celebration where gifting is massive, but there is no Singles’ Day-style discounting. If you look at Singles’ Day, it’s still hard for luxury brands to jump on board with that because it’s mostly driven by discounts,” he explained.

“Qixi is emotionally about gifting first, so it’s about everything but discounts. As a boyfriend, you’re not going to get discounted stuff for your girlfriend to express your love and that’s what makes Qixi so relevant.”

According to Swarovski China managing director Judith Sun, Qixi has now overtaken western Valentine’s Day as their most important gifting holiday of the year in the Middle Kingdom, a big deal for a business such as theirs, which is largely reliant on gifting.

“Starting from last year, Qixi surpassed traditional western Valentine’s Day in terms of contribution to the business, this is a very important change,” she said. “From a business perspective…gift-giving is the most important part of our business.”

A major advantage for Qixi in the battle of the love-gifting festival is its intrinsic Chinese heritage. Whereas western Valentine’s Day often sees brands import a global campaign into China, Qixi encourages more localised products and campaigns, and in recent years has seen more emphasis from brands and marketers than western Valentine’s Day.

The great thing about Qixi is that it’s a celebration where gifting is massive, but there is no discounting.

“What’s interesting about Qixi is that it’s obviously rooted in Chinese mythology and it’s been developed to a certain extent as a counter balance to the western Valentine’s Day, as China embraces its own traditions in the luxury space,” said Huw Daniel, chief executive of Platinum Guild International, who estimates that 10 percent of all platinum jewellery sold in China is sold as part of Qixi or Valentine’s Day promotions.

Timing is another key factor. Though young consumers have been receptive to western Valentine’s Day, its date, in mid-February, often overlaps with Chinese New Year, when they are travelling or with family, leaving little thought leftover for love. 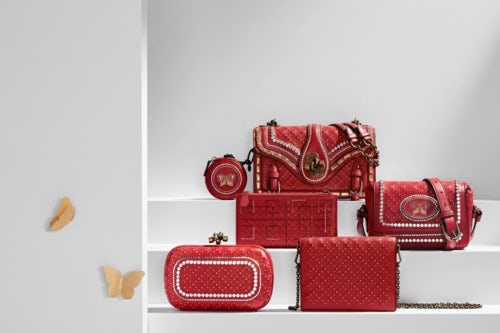 “In a way, you get a double hit [with Qixi], the business you couldn’t get from western Valentine’s Day, because it was too close to Chinese New Year and your core consumer has less attention to give,” Daniel added. “This is an opportunity to come back and engage with them at another time of year. We are definitely seeing the volume increasing around this festival.”

Most likely to partake in both western or Chinese versions of Valentine’s Day are China’s post-90s generation, most of whom are still single and more likely to be wooing a beau than older consumers. A 2015 study by Chinese social network Renren.com showed a majority of post-90s preferred Qixi to its western equivalent.

This is, coincidentally, the same generation expected to drive consumption in China for years to come. A McKinsey report predicts this segment, which comprises 16 percent of China's population, will account for more than 20 percent of total consumption growth in China between now and 2030 — higher than any other demographic segment, adding to the attractiveness of Qixi for luxury brands.

“I think at some point people will stop celebrating western Valentine’s Day [in China],” Mauron predicted.

Standing Out in the Crowd

It was only two years ago that Dior became the first luxury brand to sell products through China’s ubiquitous social media platform WeChat, causing something of a sensation (the limited-edition Lady Dior bags released in conjunction with Qixi Festival that year were priced at 28,000 yuan, or $4,210, and sold out almost immediately). Others have since jumped onto the Qixi bandwagon en masse.

“If you just look at the number of brands doing it, I don’t think you stand out anymore by proposing an exclusive product on WeChat for Qixi; it’s almost become a must-have,” Mauron added.

More than 20 brands, including Dior, Prada, Louis Vuitton and Gucci, have launched mini programs for limited-time and special-edition sales during this festival period, with some, such as Burberry’s, including a gamification element where users had to answer seven questions (Qixi falls on the seventh day of the seventh lunar month in China’s traditional calendar) before being shown the limited-edition Qixi handbag.

At some point, people will stop celebrating western Valentine’s Day in China.

Mauron’s DLG was involved in Bottega Veneta’s entry into the Qixi fray this year, with a campaign including a mini-program to sell limited edition products, but also engaging consumers who might not be able to afford their exclusive offer through a H5 campaign (a kind of interactive campaign offered through the WeChat platform) that creates customised cards and voice messages that can be sent to one’s beloved.

Michael Kors, meanwhile, not only made its limited edition Qixi Whitney bag — designed in collaboration with global ambassador and Chinese sweetheart Yang Mi — available in China, but also in its global network of flagship stores. “Qixi is one of those special holidays where the sentiment — love that endures — can be understood and celebrated wherever you are,” the designer told BoF. The American affordable luxury brand also used Qixi as a launchpad for a full range e-commerce offering on WeChat.

WeChat Wins, At What Cost?

Though there seems little downside to brands utilising WeChat’s integrated marketing and e-commerce tools — the platform does, after all, boast over a billion users, its own payment system and the ability for brands to retain control over customer service and other brand touchpoints — one limitation remains.

The sale of exclusive products from luxury brands for Qixi inevitably necessitates a high price points for those products. But to this point, transactions facilitated via a linked bank card on WeChat Pay with many top banks in China have a transaction limit of 10,000 yuan per day. 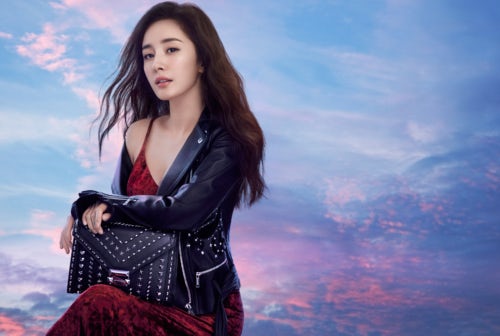 If a consumer wants to use WeChat Pay (the only payment method available via WeChat mini-programs) to buy products over 10,000 yuan in value, they would have to transfer money between their bank card and WeChat pay balance for days in advance to stay under the daily limitation.

A great many limited-edition products being sold by luxury brands via their Qixi mini-program pop-ups falls outside of this daily limit. When contacted by BoF, the customer service of one luxury brand suggested the best option might be to enter a physical store to purchase their Qixi products, somewhat defeating the point of a cutting-edge digital activation.

“Mini-programs are fantastic for luxury brands and it makes sense to use them for pop-up stores and exclusive products, creating that feeling of urgency, but it’s always important that brands keep in mind the limitations when it comes to the maximum transaction amount,” Mauron said.

“It has been addressed by some brands that limit their product selection to items that are less than 10,000 [yuan]. Other try to balance it with most products under 10 [thousand yuan] and a few very exclusive products that are above that, hoping that people will figure out some way to pay for them. But other brands haven’t taken this into account at all.”

Soon, it won't be enough for luxury brands to just turn up for Qixi. Future winners in the luxury space will be those brave enough to break the mould and take their relationship with young Chinese consumers to the next level.