This week, everyone will be talking about Paris Fashion Week, the Oscars and the future of red carpet dressing and a wave of earnings reports from troubled retailers. Read our BoF Professional Cheat Sheet.

This week, everyone will be talking about Paris Fashion Week, the Oscars and the future of red carpet dressing and a wave of earnings reports from troubled retailers. Read our BoF Professional Cheat Sheet. 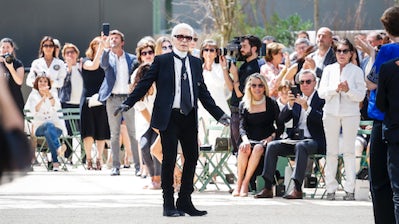 As the industry descends on Paris, the passing last week of the man who defined what it meant to be a designer for multiple generations will no doubt monopolise conversation between shows - followed closely by speculation about what Lagerfeld's death means for Chanel. The fashion house has yet to reveal the form or timing of its tribute to the designer (and their show isn't until March 5). Elsewhere, the week will bring hotly anticipated debuts at major brands, including Bruno Sialleli's attempted revival of Lanvin, and opens with new blood - Rokh, Jacquemus and Marine Serre show Monday and early Tuesday. Hedi Slimane’s second Celine show is unlikely to be as shocking as his first, with the collection destined for new flagships in New York and beyond as part of LVMH’s grand plan to turn the label into a €3 billion-a-year brand. And there’s the usual corporate stunts - Evian is promising a “full collection" - presumably of water bottles - designed by Virgil Abloh, and Tommy Hilfiger’s collaboration with Zendaya will show in an “experiential runway event."

The Bottom Line: All the hoopla occurs against the backdrop of increasingly turbulent French politics. Though the "yellow vest" protests have died down, there's greater potential than usual for the outside world to penetrate fashion's bubble.

Nobody Watches the Oscars Anymore. But the Red Carpet Still Matters 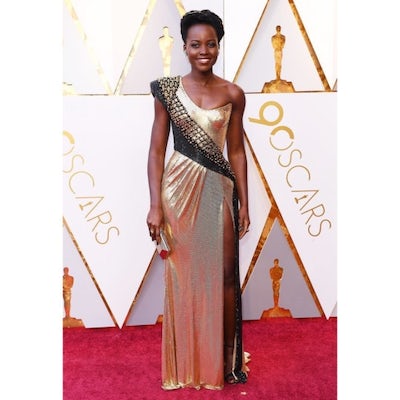 Lupita Nyong'o in Versace at the Academy Awards in 2018

The Super Bowl of red-carpet fashion isn’t what it once was. Ratings for the Oscars telecast have been falling along with movie ticket sales, and interest in pre-show interviews where stars are asked about their looks is plummeting even faster (the Ryan Seacrest-hosted E! pre-show pulled in 35 percent fewer viewers last year, perhaps a commentary on the format rather than the fashion). The outlook isn't great for ABC, but perhaps not so dire for the luxury brands that shell out millions of dollars for their looks to be worn on camera. Fewer consumers may see a dress on tv, but social media is where the night's sartorial winners and losers are determined these days. A single post of Lupita Nyong’o wearing a Versace dress at last year's ceremony has nearly 700,000 likes on Instagram, exposure Launchmetrics estimates was worth $551,000. (By comparison, a 30-second ad on the broadcast costs a little over $2 million.)

The Bottom Line: The point of the red carpet is exposure, and social media offers more of that for iconic looks than ever (the flip side being that brands can achieve similar buzz when one of their paid stars makes a Starbucks run dressed in their clothes). 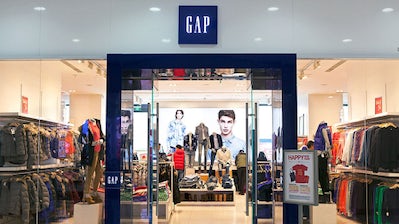 After mostly strong results from the big luxury players, time for a dose of reality from brands catering to the masses. Macy’s, which reports Tuesday, sounded the alarm last month when it reported weaker-than-expected holiday sales, while Victoria's Secret owner L Brands (Wednesday), Gap Inc.  and J.C. Penney (both Thursday) are practically the poster children for struggling mall retailers. All have recently taken drastic steps to right the ship, with Gap closing underperforming stores (including its Manhattan flagship), J.C. Penney hiring a new CEO and refocusing on apparel after an ill-fated foray into appliances, and Victoria’s Secret promising to reexamine its entire business (with few tangible results so far). Can it get worse? Sears' recent near-death experience and Payless ShoeSource's announcement last week that it will liquidate offer one answer to that question.

The Bottom Line: These companies can tinker with their business models all they want, but it’s the product that’s the problem; mid-range basics, "sexy" marketing campaigns and budget department stores have gone out of style. 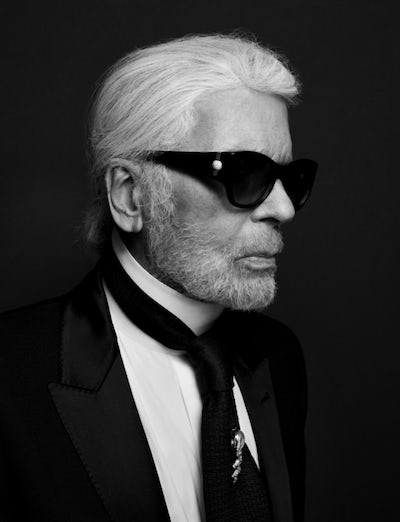 A self portrait by Karl Lagerfeld | Source: Courtesy

"I can't help but think that he lived until his last breath immersed in his biggest pleasure: letting his imagination fly through his work." — Giorgio Armani