The consultant and former creative director of the famed Paris concept store that closed in 2017 says that ‘Colette wouldn’t work today.’ Here’s what she thinks resonates with fashion consumers in a post-internet era. 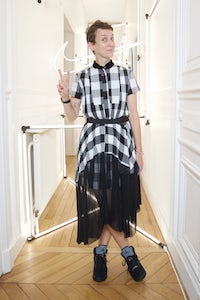 The consultant and former creative director of the famed Paris concept store that closed in 2017 says that ‘Colette wouldn’t work today.’ Here’s what she thinks resonates with fashion consumers in a post-internet era.

PARIS, France — Famed for its discerning fashion edits, quirky mix of lifestyle products and status as a hip destination for stylish tourists and industry insiders alike, Colette set the template for the concept store as we know it today, then stunned the sector when it shuttered 20 years later in December 2017. Many stores have followed in its footsteps. But few in Paris have truly managed to fill the gap left by the beloved retailer.

A former art student at the École du Louvre and intern at Purple Magazine, Sarah Andelman opened Colette on Paris’ Rue Saint-Honoré in 1997 with her mother Colette Roussaux, after whom the store was named. It quickly became known for its revolutionary approach to retail, with weekly product drops, special launch events, an in-store restaurant and a mineral water bar, generating €35.6 million ($38.5 million) in 2017.

Despite her success, Colette's creative director never sought the limelight. “She’s the Martin Margiela of retail,” said interior designer and longtime friend Vincent Darré, referring to both her shyness and her talent. 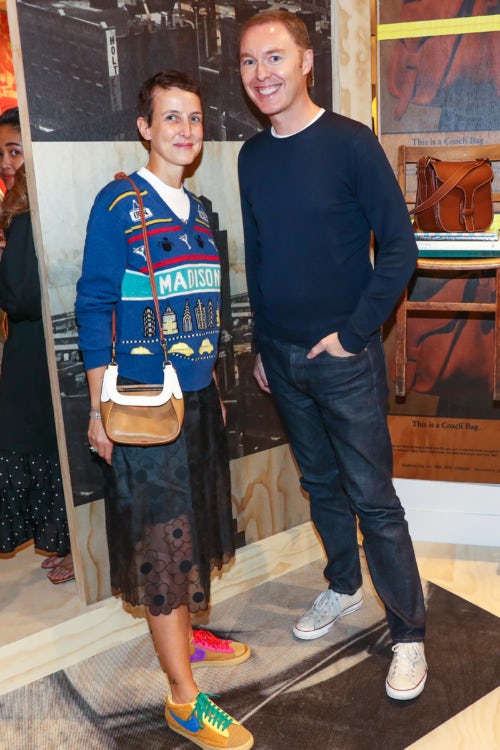 Since closing Colette, Andelman has been busier than ever as a brand consultant. She has launched her own firm, Just An Idea, channelling her knowledge of fashion, culture and retail into a range of projects for brands like Sacai, Longchamp, Marc Jacobs and Schiaparelli. One of Andelman’s latest projects is Dover Street Market Parfums, which opened this week in Paris. Working with DSM President Adrian Joffe, she curated a mix of avant-garde luxury fragrances and beauty lines from the likes of Edward Bess and Gucci Westman, which are being sold alongside Comme des Garçons’ own perfumes with exclusive products like a black lipstick with La Bouche Rouge and MAC tattoo t-shirts.

“She is my first consultant general. I work with many people who help me but she’s very close to me,” said Joffe of Andelman. “She captures what’s going on, knows what’s new, she’s very passionate about what she does. She has a genius.”

Andelman also worked with Coach on its New York Fashion Week pop-up concept store "The Originals," where consumers could restore or customise their old Coach bags, or rent both vintage and new leather goods. The idea was to bring the Coach archives to life, and target the growing trend among younger shoppers for rental services.

For Marc Jacobs, she worked on the launch of "The Marc Jacobs" line, alongside Olympia Le Tan who became the creative force for this collection. Meanwhile, at Longchamp, Andelman’s input resulted in a collaboration with illustrator Cloe Foirat and the Tokyo-based design studio Nendo on the Pliage bag. She also contributed to an initiative by LVMH’s multi-brand e-commerce platform 24S.com to launch and sell some 50 pieces from the collections of the eight LVMH Prize 2019 finalists.

“Nothing makes her happier than discovering new talents and brands. She gets dazzled like a child on Christmas day,” said consultant and former Colette spokesman Guillaume Salmon who worked with Andelman for 18 years. “It’s what drove her at Colette, it is what drives her today.”

Andelman was early to embrace the fusion of luxury fashion with an edgy street aesthetic. Andelman supported Virgil Abloh early in his fashion career at Colette, stocking his Pyrex Vision label before he started Off-White, and also worked closely with OAMC’s Luke Meier and Shayne Oliver’s Hood By Air. Back in 2008, the store installed a sneaker wall featuring limited editions.

Andelman is now teaming up with sneaker reseller StockX to sell a batch of special edition Air Jordan 1s in the signature Colette colourway of blue and white. They were meant to be a gift for all former Colette staff in 2018, but after some pairs were resold online for up to €10,000, Andelman decided to collaborate with StockX to sell the remaining pairs she has. The proceeds of the sale will go to an association for the protection of the oceans.

But Andelman’s projects transcend fashion. Indeed, she has a unique ability to connect fashion with other cultural sectors. For the Louvre’s forthcoming Leonardo Da Vinci exhibition, she curated a host of brands, from food to streetwear labels, to design items to sell in the museum’s gift shop as well as in their own stores.

“She captures what’s going on, knows what’s new, she’s very passionate about what she does. She has a genius.”

Indeed, culture has always been key to Andelman’s approach. Ultimately, Colette sold cultural meaning, not just stuff. Even the key rings, snow globes and lighters that filled tables on the store’s ground floor were more than mere trinkets. The store housed an art gallery and staged exhibitions, book signings, concerts and panel discussions that brought cultural context to the goods it sold and made it a meeting place for creative people of all stripes.

It’s clear that, although Andelman has moved on, nostalgia for her store continues. A documentary on the store, "Colette Mon Amour," is set for release later this year, though a distribution partner has yet to be found. It is the brainchild of Director Hugues Lawson-Body, to whom Sarah and her mother gave full access to during the stores’ final months of business. Pharrell Williams, Kanye West, Virgil Abloh, Guillaume Henry and Ronnie Fieg of Kith are among the participants in the film. 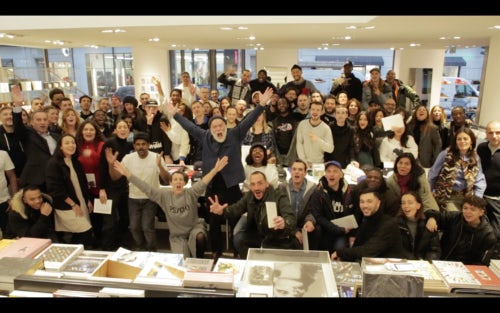 A screenshot from the 'Colette Mon Amour' documentary | Source: Courtesy of Hugues Lawson-Body

But, according to Andelman, Colette, for all its success, wouldn’t work today. That’s because the retail landscape has changed, she said.

“When we opened in 1997, you couldn’t find brands such as Kiehl’s, Reebok Fury, Casio G-shock in Paris and you couldn’t find independent fashion magazines like i-D and The Face,” Andelman told BoF, dressed in Knotty Elephant hoodie, a skirt and sneakers. “Now you can get anything everywhere,” she said. Indeed, the rise of direct retail and e-commerce have radically changed retail. “Many brands are direct-to-consumer now and therefore don’t need a store like Colette to meet their customers,” she explained.

So, how does Andelman think retailers can win in today’s landscape?

If she were to open Colette today, Andelman said it would be digital-only, supported with physical pop-ups around the world. Those pop-ups wouldn’t necessarily be in the usual big-city shopping destinations, but, for example, in Antwerp, Chicago or Madrid. “There’s more than New York, London, Paris on the map,” she said, underscoring that, thanks to the internet, consumers beyond the main fashion capitals are increasingly informed and eager to embrace niche brands. It’s important that the pop-up store concept isn’t just copy-pasted across locations and is, rather, micro-themed to specific locations and happenings.

Andelman views some retail experiences as “hackneyed,” because they “send the signal that products aren’t enough,” she said. “Some malls plan to include amusement parks. Why not? Because you have to entice people to get out and not buy online. But one must not forget the heart of the business, which is to present products. When we organised book signings at Colette, it drew people and drove excitement but the primary goal was to sell books.”

Andelman believes retailers today play it too safe when it comes to curating their product selection. “When you scroll some e-commerce sites, it’s clear that you find the same skirt everywhere. It is a shame. You have to differentiate, have a designer assortment that you cannot find everywhere, have a true point of view.”

“[Andelman] was the queen of collaborations,” said Ezra Petronio, co-founder of Self Service magazine. Today, it can feel like not a day goes by without a new collaboration launch, something Andelman sees as overkill. “But I still believe in them because the union of these entities brings something — not only buzz but sales,” Andelman said.

Creativity is key when it comes to collaborations. “Collaborate with the food industry, it’s the most inspiring right now,” she said. Andelman praised the recent Kith x Nobu collection involving fleeces covered in cherry blossoms and a sweatshirt with a sushi chef’s knife. “I think these types of unions will be more and more common because, beyond lifestyle, customers feel strongly about restaurant names.” Andelman also “loved” the recent collaboration between Levi’s, Nike and Highsnobiety with Netflix’s hit show Stranger Things. “[Fashion] needs these types of bridges with the outside world.”

What Colette's Closure Means For Fashion