Retail spending may be on the rise, but as consumers face an ever-growing number of retail options online and off, the least savvy players are getting left in the dust.

Retail spending may be on the rise, but as consumers face an ever-growing number of retail options online and off, the least savvy players are getting left in the dust.

NEW YORK, United States — If there’s one lesson to glean from this week’s department store earnings bonanza, it’s that brick-and-mortar isn’t dead — but Americans are getting pickier about where they shop. And as consumers have an ever-growing number of retail options, online and off, the least savvy players are getting left in the dust.

People are shopping more: retail spending between May and July rose 6.3 percent compared to the same period last year, according to a Census report published Wednesday. The heightened consumer spending power is fuelled by a strong labour market and tax cuts, according to the National Retail Federation.

But the windfall has not been shared evenly. Nordstrom on Thursday said its same-store sales rose 4.1 percent in the second quarter, blowing most projections out of the water. Macy’s also surprised to the upside with a more modest 0.5 percent increase, when the average analyst forecast was for a slight decline. J.C. Penney, on the other hand, reported slower-than-expected growth.

Quarterly sales figures are messy by nature, often artificially inflated by discount strategies or hurt by bad weather. However, in Nordstrom’s case, and to a lesser extent with Macy’s, several years of heavy investment in refreshing stores and e-commerce appears to be paying off. Their strategies, ranging from radical new store concepts to less-flashy measures like tighter inventory management, offer some clues as to how brick-and-mortar retailers can survive the rise of Amazon and myriad digital brands. Both Nordstrom and Macy’s raised their full-year sales outlook.

An early adopter of experiential retail, Nordstrom has a creative approach to omnichannel, which seems to be effective. In some locations, customers have the option to reserve clothes online and have them waiting to try on, and shoppers can drop off online returns in automated stations. Online sales rose 23 percent from a year ago, and the total share of e-commerce hit 34 percent, up from 29 percent from the second quarter of 2017.

Nordstrom was able to better compete by keeping inventories lean, president Blake Nordstrom said in a conference call with analysts Thursday. Department stores are at a disadvantage to online-only competitors because they must stock each location with clothes and accessories, raising operating costs and forcing frequent sales to get rid of unsold merchandise. Nordstrom is taking inventory management to the extreme with its “Local” boutique concept that opened in October, a 3,000-square-foot space in West Hollywood that operates without inventory. Instead, consumers visit the store to pick up and try on online orders, or visit the on-site tailor, manicurist and juicery. Two additional Local stores will open in Los Angeles this fall, president Blake Nordstrom said Thursday in a conference call with analysts. Still, the impact of this strategy is unlikely to be felt for some time.

Macy’s is undergoing a restructuring plan of its own, emphasising store remodeling, an endeavour likely to be enhanced by the acquisition of experiential retail shop Story in May. Off-price expansion and improved store pickup capabilities have also helped bring in shoppers. Customers can place an order online and pick it up in 50 Macy’s stores currently, and the service will be available in nearly every store by the end of the third quarter, said chief executive Jeff Gennette in an earnings call Wednesday. Inventory management was also a crucial component for Macy’s progress, he added.

Even so, Macy’s shares have dropped about 15 percent since the results were announced, indicating the bar has been raised now that the company has reported its third consecutive quarter of growth.

It could have been worse: J.C. Penney missed analyst projections for revenue and profits in its second quarter report Wednesday. The Plano, Texas-based chain saw same-store sales growth of 0.3 percent — Wall Street expected 1 percent — and a 7.8 percent drop in revenue since Q2 of last year, which JCPenney attributed to the closure of 141 stores since 2017.

The company lowered its full-year forecast of same-store sales growth from 2 percent to zero on Wednesday, and has been operating without a chief executive since May. J.C. Penney is still struggling with high inventories and has been slow to chase fashion trends. Shares are down over 25 percent since Wednesday.

Looking ahead, department stores can rely on strong consumer spending to provide a cushion as they continue to experiment. The National Retail Federation on Monday predicted overall sales would rise at least 4.5 percent this year, up from its previous forecast of 3.8 percent to 4.4 percent.

So far, no department store chain has grown at that pace, suggesting that a big slice of that extra spending is headed toward online retailers like Amazon. This week’s results are a sign that some of them may have turned a corner. 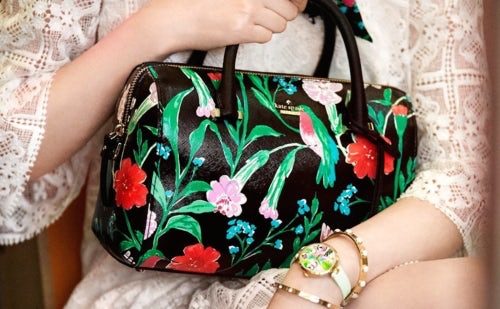 Tapestry beats sales estimates. Fourth-quarter revenue rose 31 percent to $1.48 billion, helped by higher demand for the Kate Spade brand. Same-store sales for Kate Spade surpassed analysts’ expectations in the latest quarter, thanks to its revitalisation efforts and a break from online flash sales. Meanwhile, Tapestry, which has been taking measures to gain more control over its business in Asia, signed agreements to acquire the Stuart Weitzman business in Southern China and Kate Spade’s operations in Singapore, Malaysia and Australia.

Perry Ellis ends deal talks with Randa. The brand said the decision was made after a major licensor refused to consent to Randa's acquisition of the company. Randa had raised its offer by 90 cents to $28.90 per share earlier this month, valuing Perry Ellis at nearly $460 million. It had, however, set a precondition that it would need to speak with the licensor before formalising any deal.

JD.com's second-quarter revenue rises, but misses estimates. China's second largest e-commerce firm posted revenue of 122.3 billion yuan ($17.73 billion) for the quarter ended June 30, compared with analysts' estimate of 122.7 billion yuan. Sales volumes were seasonally high in the second quarter due to the company's mid-year sales event '618', but its revenue growth rate continues to slow from a peak of 60 percent in 2015. 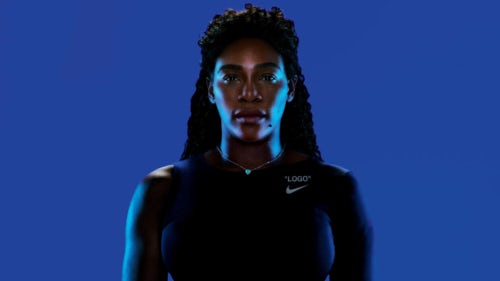 Virgil Abloh collaborates with Nike and Serena Williams. The Off-White designer is dressing the tennis champion for this year’s US Open, which begins on August 27. The line includes a tennis dress available in black and white colourways, a bag, a jacket annd three sneaker styles: the NikeCourt Flare 2 and limited editions of The Ten: Nike Air Max 97 and The Ten: Nike Blazer Mid SW, with prices ranging from $130 to $900.

Carly Cushnie strikes out on her own. Following the departure of brand co-founder Michelle Ochs, the designer is rebranding her 10-year-old label as Cushnie, introducing a new denim line and bolstering her bag offering. The brand’s upcoming Spring 2019 show during New York Fashion Week this September will be Cushnie’s solo runway debut.

Model George Koh guilty of killing rival Harry Uzoka. Uzoka, 25, died on the pavement outside his home in Shepherd’s Bush in London, after a two-minute confrontation with Koh, which had been prearranged on Instagram. Koh, 24, has been found guilty of murdering Uzoka, who modelled for GQ, Mercedes and Zara. Dikanda, 24, was also found guilty of murder. Jonathan Okigbo, 24, was cleared of the same offence but convicted of manslaughter.

Condé Nast merges Condé Nast Traveller’s US and UK editions. Starting in January, the UK and US editions of Condé Nast Traveller will be produced by one editorial team — the company's first step towards global integration. Melinda Stevens, the current editor-in-chief of the British title, will lead a staff based across London and New York. Pilar Guzmán, editor-in-chief of the US title, will stay with the company during a transitional period and then either take on a different role or depart the publisher.

WSJ. Magazine marks a decade in print with largest issue. Available on newsstands and sent to weekend print subscribers each month — which count about 1 million in the US — the title is a reliable print advertising revenue driver for the newspaper. The publication is also starting to make serious investments in digital in order to engage more often with its readers, who have an average household income of $348,761 in 2018.

Walmart teams up with Ellen Degeneres to launch fashion line. The line, dubbed EV1, will feature nearly 60 items, ranging from denim, T-shirts, accessories and footwear, all priced at $30 or less, with new items seasonally. The collection will launch on September 10 on Walmart.com and in more than 2,300 stores. If successful, the move could advance Walmart's effort to access more affluent, younger, millennial customers who usually do not shop with the retailer.

India reviews e-commerce policy draft after criticism. India is reworking proposed e-commerce rules after a draft, which had signalled a shift toward boosting domestic start-ups, sparked criticism. The 19-page draft underscored India’s intent to examine every aspect of e-commerce regulation from data localisation to antitrust rules, tightening restrictions on global giants like Amazon and Google.