The Reinvention of the Celebrity Hairstylist

A new wave of haircare gurus who are just as much at home on Instagram as the salon are driving booming sales for prestige hair products at beauty retailers like Sephora and Ulta.

The Reinvention of the Celebrity Hairstylist

A new wave of haircare gurus who are just as much at home on Instagram as the salon are driving booming sales for prestige hair products at beauty retailers like Sephora and Ulta.

NEW YORK, United States — Jen Atkin is about as famous as a hair stylist can get. Her clients include Kim Kardashian and Kaia Gerber, and she flies around the world with Kendall Jenner and Bella Hadid to ensure they remain perfectly coifed whether they’re out in Los Angeles or walking the runway during New York Fashion Week. She has 2.6 million followers on Instagram.

But when it came to choosing a name for her line of haircare products, she went with Ouai, a casual way of saying “yes” in French. In doing so, she broke with decades of tradition among celebrity stylists who have parlayed their salon success into retail via eponymous product lines, from Vidal Sassoon to Frédéric Fekkai.

“I didn’t put my name on the bottle because it’s not about me,” Atkin told BoF. “The brand is about the community that we have built and all of the consumers who are buying it.”

Atkin’s Ouai, which launched in 2016, is part of a new wave of prestige haircare products storming the beauty aisles at Sephora and Ulta. Brands like Briogeo and Olaplex are racking up sales through Instagram campaigns or the promise of new technology or ingredients (or all three). Even brands that rely on a famous name, like Oribe and Kristin Ess’s line for Target, promote their innovative formulas or winsome social-media presences rather than leaning on their founders’ aura.

The newcomers are taking advantage of a broader shift in consumers’ beauty tastes toward wellness – an emphasis on “clean” ingredients and scientific haircare regimens adapted from the booming skincare market. The elaborate, unattainable salon creations that used to sell haircare products are also falling out of favour, with women looking instead to mimic the simpler looks of their favourite influencer on Instagram. At Sephora, many hottest sellers were launched in the last five years, in some cases stealing market share from brands like Fekkai that enjoyed decades of success.

“It’s about these emerging brands that are socially relevant that are out there engaging with the consumer where the consumer is,” said Monica Arnaudo, senior vice president of merchandising for mass and hair at Ulta Beauty, which sold about $1.1 billion in haircare products in its most recent fiscal year. “Those are the brands that are winning … whether its prestige brands or celebrity stylists’ [lines] that are getting in front of the consumer that are being built up on Instagram.”

Many of the new brands fall into the prestige haircare category, where products tend to be sold in specialty stores and at a higher price point than mass brands like Pantene or Garnier. Haircare is the fastest growing sector in all of prestige beauty, with sales rising 11 percent last year to $582 million, according to The NPD Group. Growth is accelerating, with sales shooting up 27 percent in the third quarter of this year.

Retailers trace the new wave of haircare brands back to 2013, when blowdry chain DryBar introduced its product range and Nancy Twine, then a Goldman Sachs executive, launched Briogeo, a clean line of products infused with skincare ingredients. In 2014, Olaplex hit the scene with its patented bonding technology, touted as the “ultimate breakage insurance for damaged hair.”

Newcomers like Atkin and Ess, whose namesake line for Target launched last year, have made “accessibility” a core tenet of their brands, investing in e-commerce and interacting with customers on social media. Atkin, for example, often asks followers questions in Instagram Stories, puts up polls and tells people to direct message her. The Ouai Instagram account, which has 669,000 followers, account does the same. 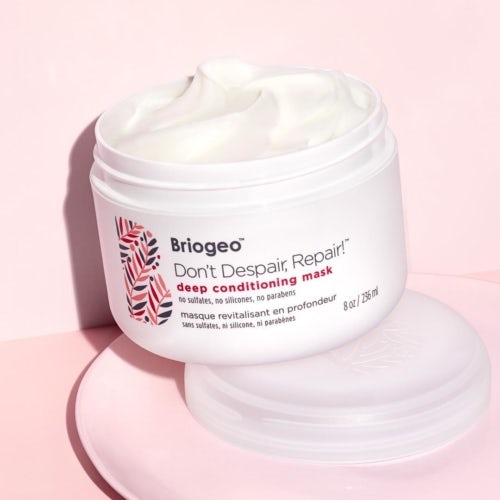 “Jen [Atkin] has taught people how do it themselves — they’re simpler styles people can do on their own,” said Priya Venkatesh, senior vice president of merchandising, skincare and hair at Sephora, which carries Atkin’s line. “She’s done a remarkable job bringing something like hair styling to social media. No one was really doing it the way she’s doing it and she’s made it approachable.”

This week Atkin added four fragrances to her collection available in 60 Sephora doors and Sephora.com. This follows the appointment of chief executive Colin Walsh, formerly of Deva Curl, in September.

Ess’s line of 34 products expanded into Canada and the UK earlier this year and is on track to hit $100 million in retail sales next year, according to an individual familiar with the company. Ess co-owns Kristin Ess Hair with Maesa, a beauty firm that also manufacturers Drew Barrymore’s Flower brand.

Forging a relationship with followers is critical for Ess, who started interacting with fans via her beauty tutorial website Beauty Department in 2011.

“As a consumer, can you reach out directly and get answers from Serge [Normant] or Frédéric [Fekkai]? There’s not a presence that way. The average person can’t reach out and get advice from that person,” she said.

The trend toward “accessible” brands presents a challenge to brands launched by celebrity stylists, which had their heyday from the late 80s through the early 2000s. Once, a stylist like Fekkai or Oscar Blandi opened salons famous for their rosters of celebrity clients. This then led to formulating product lines, gaining traction at a retail level and eventually, an acquisition.

But many of these brands have seen their value decline as a new generation of stylists and influencers captured the public imagination. Fekkai’s brand sold to Procter & Gamble for over $400 million in 2008, but the consumer-goods giant sold it for $50 million in 2015. Fekkai is attempting to buy the brand from its current owners, Designer Parfums and Luxe Brands.

Blandi said his brand underwent a similar decline after he sold it to TPR Holdings, an investment company that owns Cargo Cosmetics and Mally Beauty.

“When it was bought, it was doing close to $10 million [in wholesale sales]. Right now the retail sales are less than $1 million. There’s no more Sephora, no more QVC,” he said. Currently, the line is sold at Walmart.com, Amazon, LovelySkin and Overstock.com.

Others from that generation have adapted to the new order. Tevya Finger runs Luxury Brand Partners, a beauty incubator that owns and operates IGK, Smith & Cult, V76 by Vaughn, In Common and R+Co. The firm’s first brand was Oribe Hair Care, which Finger and Daniel Kaner started with celebrity stylist Oribe Canales in 2008. It was sold to Kao USA Inc. in December 2017 for over $400 million, and had close to $100 million in annual retail sales at that time, Finger said.

New owner Kao did not disclose current sales figures but a spokeswoman said that business “continues to show positive developments.”

As a consumer, can you reach out directly and get answers from Serge [Normant] or Frédéric [Fekkai]? There’s not a presence that way. The average person can’t reach out and get advice from that person.

R+Co was founded in 2012 by what Finger called an “old-school group” of stylists, including Thom Priano, Howard McLaren and Garren, whose celebrity haircare career started in the 1970s (Garren gave Canales his first job as his assistant). R+Co has grown by embracing social media and partnerships with retailers such as Kith and Fred Segal — and without putting any of the famous founders’ names on the label. The company will introduce a series of influencer-created capsule collections next year. Finger said R+Co is on track to hit $70 million in retail sales next year.

“Every brand [at Luxury Brand Partners] has to have an artist; it’s the secret sauce,” Finger said. “But what a stylist is has changed. It’s a new paradigm.”

Some new brands don’t have a stylist at the helm at all. Twine mainly stays behind the scenes at Briogeo, where she develops products that promise innovation, often inspired by trends in skincare. For example, Don’t Despair, Repair! Hair Mask Cap System is a two-step treatment that includes a dual layer cap that contains a “repair essence” inspired by sheet masks.

The collection, sold in about 280 Sephora stores worldwide, will enter all of the retailer’s US and Canada doors in February. The brand is also carried at Cult Beauty, Net-a-Porter, Nordstrom and Revolve and is on track to do $35 million in sales this year with plans to double that in 2019, Twine said.

Zahir Dossa, chief executive and co-founder of Function of Beauty, a direct-to-consumer haircare brand that sells customised shampoo and conditioner, said the emphasis needs to be on the actual product – not on the stylist behind the brand. Dossa, who has a doctorate degree from MIT in sustainable development, previously started a gourmet food cooperative.

Customers take a quiz to determine the right product for their hair out of 27 trillion possible ingredient combinations. Last weekend, the company said it sold its millionth bottle.

“If the focal point is not the products, any brand will get replaced by the next influencer-backed thing,” Dossa said. “That’s the story of celebrity backed brands — no person stays famous or lives forever.”