Why the rise of Snapchat is good news for the fashion industry.

Why the rise of Snapchat is good news for the fashion industry.

Amidst the rush of New York’s ready-to-wear shows, talk among industry insiders turned to the coming IPO of Snap Inc, owner of Snapchat, the visual messaging platform that has rocketed to popularity, not only with American teenagers but with an increasingly global user base whose average age is rising. In its S-1 filing with the US Securities and Exchange Commission (SEC), Snap Inc reported $404.5 million in revenue for 2016, up an eye-popping 600 percent year-on-year. The company also revealed that its 158 million daily users generate more than 2.5 billion Snaps per day.

Yesterday, Snap Inc slashed its proposed valuation from as much as $25 billion to $18.5 billion. But the company, which plans to list on the New York Stock Exchange in March, is still poised to raise up to $3.2 billion, making its IPO the largest for a US-listed technology firm since Alibaba’s stock market floatation in 2014.

Founder Evan Spiegel says he sees Snap Inc, not as a social media company like Facebook and Instagram, but as a “camera company.” In September, Snap released its first hardware product: a pair of camera-enabled, video-sharing sunglasses named Spectacles and sold, for now, only at itinerant vending machines called Snapbots. But Spiegel has called Spectacles a “toy” and his vision stretches far beyond this.

For the first time in history, almost everyone on the planet will soon have a camera-enabled mobile phone. “The images created by smartphone cameras contain more context and richer information than other forms of input like text entered on a keyboard,” reads Snap Inc’s SEC filing. What’s more, the company’s mission statement predicts: “In the way that the flashing cursor became the starting point for most products on desktop computers, we believe that the camera screen will be the starting point for most products on smartphones.” Just imagine when machine learning gives computers intelligent eyes, essentially turning cameras into end points for all kinds of new services based on searching, analysing and extract meaning from billions of images.

The applications for fashion are endless. For example, the camera-enabled devices of tomorrow will easily be able to identify an eye-catching handbag spotted at fashion week, bring up related styles and enable users to make a purchase then and there. Indeed, while more established platforms like Instagram have already managed to successfully mimic some of Snapchat’s features, Snap Inc’s vision for the future of cameras is much more expansive — and powerful.

In the meantime, Snap also offers fashion media companies a compelling near-term opportunity. In a distributed media reality, where content is increasingly consumed on technology platforms, challenging the business models of traditional publishers, Snap seems to understand the value of content as a key differentiator from competitors like Facebook. In fact, the company has baked content directly into the fundamental architecture of Snapchat: swipe left for visual messaging, swipe right for content.

For participating publishers, the results have been impressive. Cosmopolitan’s highly successful Snapchat Discover channel, for example, currently attracts around 42 million unique visitors per month, significantly more than the roughly 33 million uniques who visit Cosmopolitan.com each month. What’s more, Snapchat is working closely with media companies to monetise the content consumed by its users, offering a compelling economic yield, especially when compared to Facebook, which has enormous reach, but offers less attractive monetisation opportunities for media titles.

Prada results add to hopes of luxury revival. The Italian fashion house reported a return to growth last month, as demand in Europe and Asia helped end over a year of declining sales. Prada, which saw annual sales fall by 9 percent in 2016, joined LVMH, Burberry and Kering in reporting sales growth in China following several years of subdued demand and a slowdown in tourism to Europe.

Kate Spade shares jump on sale confirmation. Shares of the accessible luxury brand rose 10 percent after the company confirmed it was exploring “strategic alternatives” including a sale. According to reports, Kate Spade will receive first-round bids this month. The news follows reports that both Coach and Michael Kors have expressed interest in acquiring the brand.

Trump tells retail CEOs tax overhaul is coming. The controversial US president told chief executives from retail companies including Target, J.C. Penney and Gap that he planned to submit his corporate tax proposal — including the so-called “border adjusted tax” — in the “not-so-distant future.” Many retailers have opposed key elements of the proposal, as expressed thus far, which would penalise businesses with global supply chains, arguing the plan would increase prices for consumers.

New York Fashion Week wakes up to plus-size. Plus-size models Ashley Graham and Candice Huffine walked for Michael Kors and Prabal Gurung at New York Fashion Week, evidence that the US fashion industry is finally opening its eyes to the $20.4 billion plus-size womenswear opportunity. Diverse body image on the catwalk is usually limited by the fact that designers often only make very small sample garments. Kors and Gurung's latest shows prove that they are making efforts to change this. 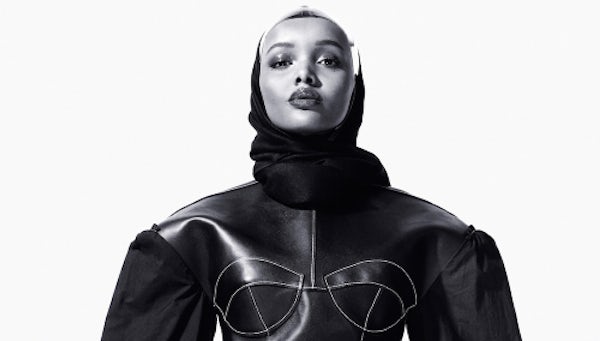 IMG signs hijab-wearing model. Halima Aden, a hijab-wearing muslim teen, has been signed by IMG Models as part of the agency’s continuing prioritisation of diversity in fashion. Aden, who will appear on one of the covers of the next issue of CR Fashion Book, made her NYFW debut at Yeezy Season 5.

Peter Dundas launches own label. The former creative director of Roberto Cavalli announced he was launching his own label by dressing a pregnant Beyoncé for the Grammy Awards. Dundas told BoF he had been seriously considering starting a namesake label for several years, but there are no details yet as to when or where the collection might launch.

Diane von Furstenberg appoints co-chairman. After the abrupt departure of CEO Paolo Riva in November, Marc Menesguen, previously president of L’Oréal’s consumer products division, has been appointed co-chairman of DVF. The appointment comes at a transitional period for the business, which appointed Jonathan Saunders as its first chief creative officer last May.

Vogue Italia has tapped Giovanni Bianco as brand creative director, in one of the first appointments by new editor-in-chief Emanuele Farneti, who was named as the successor to the late Franca Sozzani at the beginning of the year. In his new role, Bianco will be responsible for the graphic re-design and visual direction of the magazine. He will continue to run his creative agency, GB65.

Coach and IMG bring virtual reality runway to American malls. For its Autumn 2017 collection, Coach has partnered with IMG to allow shoppers at stores across 10 Simon Malls to experience its runway show through immersive virtual reality headsets. The announcement comes as both brands and retailers are looking for new ways to entice customers and boost footfall.

Facebook introduces TV app. The social media giant announced a new app that will let users watch Facebook videos on their smart television devices, including Apple TV, Amazon Fire TV and Samsung Smart TV. In early 2016, Facebook users were watching more than 100 million hours of video daily and the app provides another platform to sell video advertising, something the company has been pursuing for the last year.